Historical Novelists Owe the Truth to Readers–and to History

Sharon Kay Penman is the author of ten previous historical novels and four medieval mysteries (one nominated for an Edgar from the Mystery Writers of America). Her newly released novel, The Land Beyond The Sea (G.P. Putnam’s Sons, March 3, 2020) tells the story of the Kingdom of Jerusalem's defense against invaders during the Crusades. 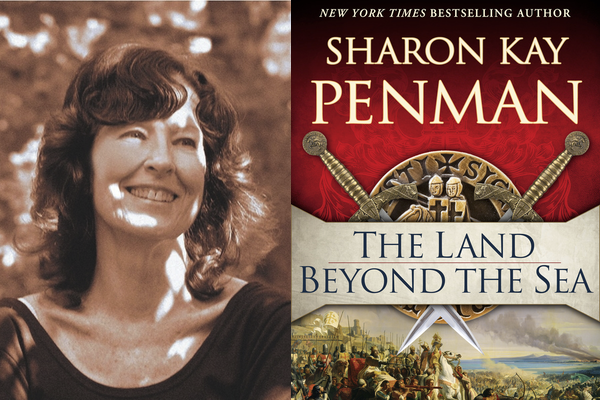 In an article that I did for National Public Radio in 2011, I described the past as uncharted territory, comparing it to visiting a country where we do not speak the language and depend upon the historical novelist to act as our translator. For that relationship to work, it must be based upon trust; we need to be able to rely upon a novelist’s interpretation of that past. So, truth matters. I would never have expected that statement to become controversial, but never has that bedrock value been under such relentless assault. As writers, we owe the truth to our readers—and to history. Many people accept what they read in a book or see on-screen as gospel, and that can give novelists and screenwriters more influence than even they realize. We need only think of Braveheart or Kingdom of Heaven, a visually striking film that transformed Balian d’Ibelin, one of the most influential noblemen in the Kingdom of Jerusalem, into an illegitimate French blacksmith.

Historical novelists need to adhere to the known facts, whether they are writing of a battle, a rebellion, or the lives of the men and women caught up in these events. Writers must inevitably rely upon our imaginations to a great extent, for there are always blanks that must be filled in. Medieval chroniclers were indifferent to the needs of modern authors, neglecting to give us the date of a marriage or birth, the cause of death even of kings.

When I am forced to fill in any significant blanks, I clear my conscience in my Author’s Notes. Since my readers often tell me how much they enjoy a writer’s “AN,” this is a win-win situation. Not all writers take it to the extremes that I do; the AN for one of my novels ran for eleven pages. But I feel disappointed when I finish a historical novel and then discover that the author has not included an AN. The best historical novelists—Bernard Cornwell and Margaret George to name just two--always offer this intriguing look behind the curtain of the creative process, telling us when they had to take liberties and why. And I think most readers are comfortable with this approach, as long as writers play fair and alert them when a diversion is coming. I understand that few of the battles in Bernard Cornwell’s splendid Saxon series were well chronicled and so it makes sense that he must draw upon his own strategic skills to make these battles both memorable and bloody; when he then reveals that he borrowed a battle tactic from Napoleon for one of his books, we are amused and even more impressed.

I am not suggesting, of course, that we should accept “history” without question. It is a cliché but a true one that history is usually written by the victors, and while I do not agree with Napoleon’s cynical comment that history is a fable agreed upon, it is obvious that history reflects more than facts. We must bear in mind that historians tend to interpret the past in light of their own beliefs and biases. This is why the reputations of controversial kings like Richard III and Richard Coeur de Lion have fluctuated so wildly over the centuries.

A good example of this can be found in the story of the medieval Kingdom of Jerusalem. Historians in the twentieth century explained the political rift that would doom the kingdom in modern terms—as a struggle between hawks and doves, between those who urged war with the Muslims and those who argued for accommodation and compromise. They were not entirely wrong; European crusaders were more likely to have a take-no-prisoners mentality than the men and women who’d been born in the Levant and had a more realistic understanding of their vulnerability as a small Christian enclave in a Saracen sea. But truth is always messier than that, rarely able to fit into such a neat “hawks vs. doves” paradigm.

Historians like Peter Edbury have convincingly shown that these rivalries were more complex. Personalities mattered, too. If the last king of Jerusalem, Guy de Lusignan, had not been as malleable as wax, well-meaning but easily influenced by men of stronger will, it is likely that the battle of Hattin, one of history’s great military blunders, would not have happened. The Count of Tripoli, cast by earlier historians in a heroic mold, has been reassessed by the current crop of historians, who have not been so quick to disregard his acts of blatant self-interest. A more balanced portrayal of the count’s character makes it easier to understand why his enemies scorned his advice when he pleaded with the king not to fight Saladin at Hattin.

In insisting upon the importance of historical accuracy in novels, I am also making an argument that novels can add a valuable dimension to the study of history. I realize that my viewpoint is not universally accepted; to the contrary, some historians dismiss fiction as a superficial distraction from the real study of the past. I suppose it is only to be expected that I’d want to defend what is both my profession and my passion. But novelists have learned that our books can reach a wider audience than many academics can, that we can win converts to the cause—the belief that history should be an essential element in any school curriculum, as it once was. It helps us understand our place in the universe and it teaches us the importance of context, that we are united in our common humanity and there is nothing new under the sun. And learning about history is great fun, especially if camouflaged in fictional form!

Most of us have heard a variation of the comment by George Santayana, that those who cannot remember the past are condemned to repeat it. This is true, yet it is also true that even those who know the pitfalls of the past can still stumble into them. While the trappings of civilization have changed dramatically over the centuries, human nature remains a constant. So, I would rather conclude by giving the last word to William Faulkner in Requiem for a Nun: “The past is never dead. It’s not even past.”