DC Comics and the American Dilemma of Race 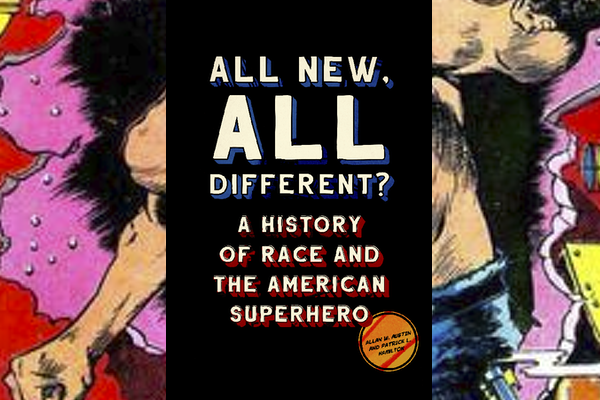 The sudden firing this past February of Dan Didio as co-publisher of DC Comics continued a tumultuous era for the company. During Didio’s decade-long tenure, DC’s comic universe frantically churned through four separate reboots/rebrandings–“The New 52,” “DC You,” “DC Rebirth,” and “DC Universe”–with a fifth allegedly in the offing for later this year. A consistent feature of this hyperactive course correcting has been an explicitly stated intent of building stories and heroes that more fully reflect the diversity of their real-world readers. Such an emphasis appears likely to continue. Speaking in the aftermath of the corporate turnover, now sole Publisher Jim Lee promised an even brighter future grounded in superheroes who are “inclusive and diverse.”

It might be easy to think of this impetus toward inclusion within comics as a fairly recent phenomenon. But understanding diversity as only a 21st century preoccupation shortchanges what comic books have (and have not) been doing since Superman first flew onto the scene in 1938. Superhero popular culture, in fact, has always been embedded within American racial attitudes, reflecting and even contributing to them in ways that have set the stage for how we continue to grapple with these matters in 2020, especially in revealing that goodwill is not sufficient, in and of itself, to fix our problems.

Self-conscious explorations of racial issues in American comics date most fully from the late 60s and early 70s, when creators turned in earnest to the idea that they might use their medium to help build a more egalitarian world. No creators better embody this turn towards what would be termed “relevancy” in comics than Dennis O’Neil and Neal Adams, the creative team that produced the much-lauded “Green Lantern/Green Arrow” series. Wanting, as he later wrote, to do his part in the movement for civil rights, O’Neil used his four-color pulpit starting in 1970 to explore a range of issues, including urban and rural poverty, industrial exploitation, environmental degradation, overpopulation, and teen drug addiction. Alongside these, O’Neil and Adams also addressed race as the heroes encountered not only African Americans and Native Americans, but also the discrimination and marginalization such persons of color confronted on a daily basis.

However, O’Neil and Adams’s work – despite its undoubtedly good intentions – reflected the limits of the liberal imagination of its time. Postwar liberalism offered grand visions of racial equality and harmony, but too often imagined the obstacle to these goals as discrete, misguided individuals as opposed to systemic inequities within U.S. society. Such an understanding readily translated to the good guy/bad guy duality in comics, and so Green Lantern and Green Arrow regularly dealt with corrupt slumlords and businessmen while leaving intact – if not completely unacknowledged – the structural problems fomenting race-based discrimination and impoverishment. Too, the series often put the onus for change on nonwhites themselves, chiding them to, in essence, get their act together and/or accept benevolent white assistance, implicitly casting them as part of the problem rather than its victim.

If 60s and 70s comics were hemmed in by the liberal ideology prevailing within U.S. society, 80s and 90s comics found themselves trapped by the problematic understandings inherent within what would become known as “multiculturalism.” Nowhere is this seen more fully than in the super teams that developed during this era and would seem ready-made to promote inclusion. It turns out, however, that they fell prey to the limits of multiculturalism itself, which too often traded in superficial forms of inclusion as well as a flattening of nonwhite persons into racialized caricatures.

On the comic book page, inclusion often meant adding one nonwhite – and most often, black – member to an otherwise all-white lineup. The lauded relaunch of DC’s “New Teen Titans” by writer Marv Wolfman and artist George Pérez, for example, included the African American Cyborg as its only nonwhite member (setting aside, of course, the orange-skinned alien Starfire and green-skinned Changeling, neither of whom represent any real-world forms of racial difference). Other teams with wider-ranging diversity in their memberships traded in reductive stereotypes. The “Detroit-era” Justice League, for instance, added the Latino hero Vibe who spoke in a stilted dialect and came from “the street” as well as the African Vixen who was as much defined by her sexuality as her extranormal abilities. Even worse was DC’s “New Guardians,” an even greater conglomeration of stereotypical associations: an emotionless Japanese hero who was half human and half computer, a Chinese heroine with mystical abilities and an unrelenting sex drive, and a Latin American magician that likely could not have embodied more degrading stereotypes of homosexual men if his creators tried.

If looking back reveals signposts marking the ways in which comics have long evidenced Americans’ limited success in addressing race, we might then wonder what DC’s hyperactive – if not hyperreactive – rebooting of its heroes suggests about U.S. society, particularly as these reboots have been inextricably linked to inclusion. Certainly, it reveals some good-intentioned will to build something better. But such will, as in the past, does not guarantee a better world, and Americans, not unlike DC, still struggle to enact real reform. As DC struggles to find solutions that are anything more than feel-good bromides, Americans remain contradictorily caught between the pleasant fiction of what we claim – and have always claimed – that this country represents regarding diversity, and the unpleasant realities of a president who brags about building a wall along our southern border, a government agency that separates immigrant families, and police officers who brutally slay young men simply because they are black. The result is a kind of paralysis: We remain hemmed in by the disjunction between our lofty ideals and the disturbing realities that goodwill and talk are insufficient to resolve. Until such realities are acknowledged, real change is no more likely than the fairy-tale happy endings that comics so often promise.