V-E Day Must Inspire Our Fight against Hunger and Pandemic

William Lambers is the author of Ending World Hunger. His writings have been published by USA Today, The Baltimore Sun, Columbus Dispatch and many other news outlets. 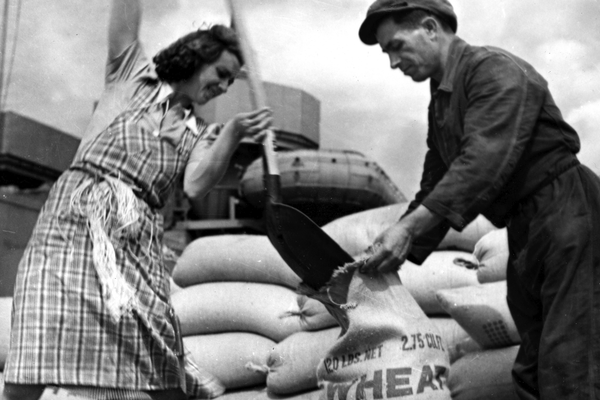 America’s World War II heroics should inspire us to take on the global hunger emergency resulting from the Coronavirus.

The UN World Food Program (WFP) director, David Beasley, warns “we are not only facing a global health pandemic but also a global humanitarian catastrophe. Millions of civilians living in conflict-scarred nations, including many women and children, face being pushed to the brink of starvation, with the spectre of famine a very real and dangerous possibility.”

Beasley, a Coronavirus survivor, is urging donations to feed the hungry in war-torn Yemen, Syria and other nations. We need a total mobilization like we had during World War II.

It is critical that we pre-position food to vulnerable parts of the globe to prevent starvation when supply chains break down from Coronavirus.  Beasley is pleading for donations "so we can build stockpiles and create these life-saving buffers, and protect the most vulnerable from the effects of supply chain disruptions, commodity shortages, economic damage and lockdowns."

The pre-positioning of food is exactly what General Dwight Eisenhower did in Europe in World War II.  The Allies had food stockpiles which they could move to the famine affected areas of the Netherlands. This food saved lives.

Even before V-E Day, allied food deliveries had started in the Nazi-occupied Netherlands where people were starving to death in the Hunger Winter of 1944-45.

Former President Herbert Hoover spoke at a Save the Children event on V-E day, emphasizing hunger relief.  Hoover said “One of the most terrible and the most lasting of the hideous list of Hitler's brutalities is this starving and stunting of the bodies and minds of the children of the democracies.”

Save the Children provided food and clothing packages to Austrian school children and ones for mothers and infants.

Today, CRS is feeding children in poor nations impacted by the Coronavirus. Their heroic effort is being supported by the USDA McGovern-Dole program, which was started by former senators and WWII vets George McGovern and Bob Dole.

Because of the Coronavirus school closings, CRS is providing the McGovern-Dole food through take home rations in Sierra Leone and other countries.

Daniel Mumuni of CRS says “Throughout Sierra Leone, many families are already living on razor’s edge due to entrenched poverty. Even without the pandemic, tens of thousands of children get their only meal of the day through our McGovern-Dole school feeding program. The spread of COVID-19 into these communities, as well as the restrictions on movement, is pushing these families even further to the brink. It’s our job to make sure that they don’t suffer in silence.”

Another tragic consequence of Coronavirus is a decline in funding for global nutrition. Save the Children, UNICEF, WFP, Edesia, and Action against Hunger need funding for life-saving infant nutrition.

Congress must increase funding for hunger relief programs including Food for Peace and McGovern-Dole.

The Greatest Generation won a world war and fed the hungry. We need that same spirit today as we face the Coronavirus menace and a world hunger crisis.