David B. Parker is Professor of History at Kennesaw State University (GA). He has written on humorist Bill Arp, evangelist Sam Jones, Southern Baptists, Confederate textbooks, the history of the word “y’all,” and other topics. 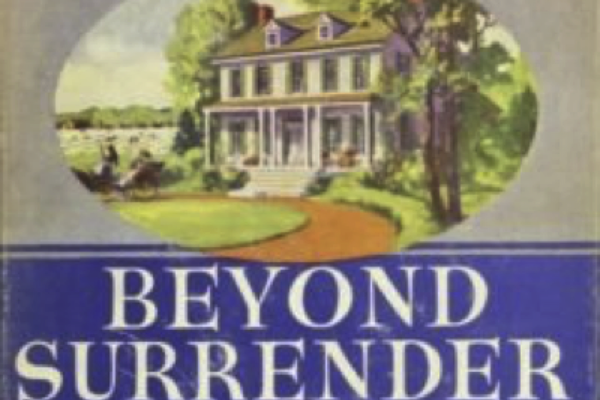 Last week, director and screenwriter John Ridley wrote an op-ed for the Los Angeles Times arguing that HBO should remove Gone with the Wind from its new HBO Max streaming service. The movie, he said, “glorifies the antebellum south,” “ignores the horrors of slavery, … perpetuates some of the most painful stereotypes of people of color,” and legitimates the Confederacy, which was based on “the ‘right’ to own, sell and buy human beings.”

The 1939 MGM movie was, of course, based on Margaret Mitchell’s 1936 novel of the same name. As offensive as most will find the movie’s images of African Americans, the book was considerably worse. Historian Nina Silber wrote in the Washington Post that “Mitchell’s best-selling book offered a classic ‘Lost Cause’ tale of crushed but resilient white Southerners, devoted black slaves and evil-minded Yankees. It traded heavily in racist descriptions and plot lines, from the ‘black apes’ committing ‘outrages on women’ to Mitchell’s reference to the character Mammy, her face ‘puckered in the sad bewilderment of an old ape.’ Ku Kluxers are the book’s heroes, helping restore order in the wake of racial chaos.”

The problem for Ridley and Silber (and many others—folks have been piling on Gone with the Wind lately) isn’t just that the movie and book had racist images; it’s that those images have been widely accepted as the truth. When people think of slavery, the Civil War, and Reconstruction, they often see them through the perspective of Gone with the Wind. Historians face a seemingly unending battle to convince people that that’s not the way it was.

But it didn’t have to be that way. Another book written at about the same time by another Georgia-born woman presented a very different view of the war and Reconstruction.

Marian McCamy was born in Dalton, Georgia, in 1899 (a year before Mitchell was born in Atlanta). She graduated from Agnes Scott College, taught history and French at Dalton High School, married lawyer Frank Sims, and moved to Charlotte, where she started writing, publishing stories in national magazines and seven novels, all reviewed in the pages of the New York Times.

Most of her fiction was set in contemporary times, but Beyond Surrender (1942), her one foray into historical fiction, set her at odds with Margaret Mitchell’s view of the past.

The novel begins late in June 1865, as war-weary Denis Warden arrives home to Brook Haven, the family plantation in South Carolina. He has to deal with salvaging both Brook Haven and his personal life, all in the historical context of the days of Reconstruction.

The title can be read in two ways: as the story of a relationship after one surrenders, physically or emotionally, to another; and as a story set after the Confederacy surrendered in 1865. Sims intended both meanings. The publisher (Lippincott, in Philadelphia) also understood the book’s dual nature. One ad describes the main characters:

Denis Warden was forced to concede the South had been defeated at war—but war could never alter the rights and privileges to which he had been born. No! Not even if he had to go out and fight all over again.

Dolly [Helms, daughter of the merchant with whom Denis had to deal] knew about such rights and privileges only through hearsay, but she wanted them just as fiercely as Denis. And she could offer him the thing his body needed most.

Sharon [Long] should have married Denis. Theirs was a common background, a common tradition. And the war had given her a realistic approach to life which would have been a stabilizing influence on him.

Sara Warden [Denis’s mother] was a woman of acumen and intelligence—two things a lady was not supposed to have. It was she who kept Brook Haven from ruin during the four long years of war. Without her, Denis would have been irretrievably lost.

John Jernigan [a lawyer], who was to love Sara all his life, had not gone to war because he was a cripple. He knew how and why the war was lost—and how the peace might be lost as well. Had the South numbered more of his kind, Reconstruction might have been a very different story.

It looks like a soap opera! But look again at the description of lawyer John Jernigan. Drama rather than historical context drove Beyond Surrender, but in this work of historical fiction, the fiction does, of course, play out in a historical setting, and the setting was quite different from Mitchell’s story. Rather than writing about the alleged ignorance and intellectual apathy of the freedmen, Sims wrote that “Hordes of eager Negroes [were] trooping into the crude new temples of learning. . . ; there was pathos in the universal craving for ‘book learnin’’ as a key that would unlock all the mysteries and benefits of a new universe.” Luke, a former Brook Haven slave, showed a surprising intelligence and willingness to work after the war. The occupying U.S. troops were not monstrous oppressors; instead, they “have been pretty fair to both sides. Some of the commanding officers are brutes and fools, but a lot of ’em are decent.” The freedmen were “victims of circumstance—poor devils.” When asked if he would give black men the right to vote, John said “yes. And if I was all powerful I’d try to educate ’em a little and give it to the best ones anyhow, even without being forced to do it.”

The reviewer in the New York Times said that Beyond Surrender was “extraordinarily fair-minded.” A former northern abolitionist who moved South “is respected for his sincerity.” And perhaps most amazing, especially compared to that other book published a half dozen years earlier, “the continued devotion of Luke, the black foreman, is shown to be not a remnant of servility but, like his determination to have a farm of his own, the preferred responsibility of a free man.”

Sims was not an academic historian—much of her background reading was from Francis Butler Simkins and Robert H. Woody, South Carolina during Reconstruction [1932], one of the earliest revisionist works by white historians—but she knew that her book showed a new perspective. Shortly after the novel was published, she was invited to address the Women’s Club of Columbia, South Carolina. “I expected the study to be drudgery,” she said of the research that supported the book, “and perhaps it would have been if I had found only what I expected to find. Since I didn’t, it proved to be a fascinating voyage of discovery, a sort of paper-chase after truth, through the jungles of legend…. I believe that Reconstruction is the most generally misunderstood and misinterpreted era in American history…. I began research with a belief which is held by a vast majority of Southerners: that the war was … a picnic compared to Reconstruction, and that the North was directly responsible for all our suffering.”

In the novel, Denis, with his adherence to the older view of the war and Reconstruction, reminds us of Margaret Mitchell’s perspective, while John stands in for a new revisionist approach. As the book comes to an end with the aftermath of the contested presidential election of 1876, John and Denis talk about the freedmen’s future. “I was thinking,” John says, “of education and a decent chance to be decent, useful citizens.” Denis remains unconvinced. “You’ve done a big job in the face of big obstacles,” John tells him, “and I’m proud of you. I’m just trying to show you some things you wouldn’t be apt to see for yourself.”

Beyond Surrender was not nearly as popular as Gone with the Wind. But it reminds us today of a history that might have been. As the publisher said about John, “Had the South numbered more of his kind, Reconstruction might have been a very different story.”