Diane Armstrong is a child Holocaust survivor who arrived in Australia from Poland in 1948. An award-winning journalist and bestselling author, she has written five previous books. Her family memoir Mosaic: A Chronicle of Five Generations, was published in 1998 and was shortlisted for the Victorian Premier's Literary Award for Non-Fiction as well as the National Biography Award.  Her latest novel, The Collaborator, is available July 7 from HarperCollins. 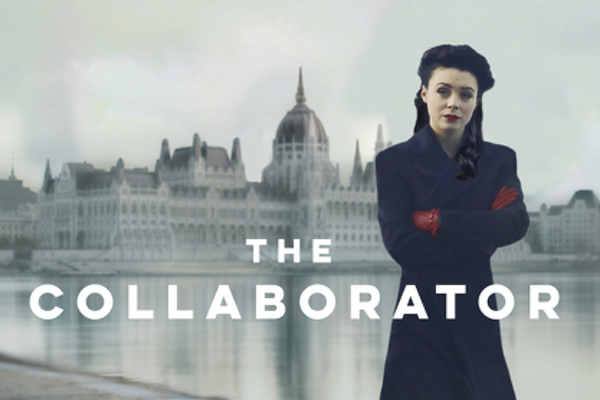 The Collaborator is based on a true story, and as soon as I heard it, a shiver ran down my spine. I recognised that shiver: it meant that I had come across something so extraordinary that I had to write about it.

In 1944, during the darkest days of the Holocaust, when most of the Jews of Europe had already been murdered, and only the Hungarian Jews remained, a Hungarian Jew had the audacity to confront the dreaded Adolf Eichmann, who had recently arrived in Budapest with one mission: to send the Jews of Hungary to Auschwitz and achieve Hitler’s goal of Jewish genocide.

I could already visualise that chilling scene: a powerless man who dared to enter Eichmann’s lair, and looked into the cold eyes of the fanatical Nazi who held the fate of almost a million Jews in his hands.

Against all odds, he rescued over 1500 Jews from certain death by securing a train which took them to Switzerland. After the war, he migrated to Israel where he should have lived happily ever after, basking in the glory of his remarkable feat. But that’s not what happened. Instead, he was accused of being a Nazi collaborator, and no one could have predicted the tragic consequences that followed.

This true story contained the ingredients that have always fascinated me: dramatic historical events, World War II, and the Holocaust.

As Ernest Hemingway once observed, war gives us the opportunity to explore the best and worst in human nature, and I’ve always been fascinated by the way ordinary people behave when they are caught up in traumatic situations and their courage is pushed to the limit.

I had to research the true story and the historical background, but for me, researching is addictive. I love following the clues and discovering new facts, and feel tempted to keep on delving, but finally the moment of truth arrives when I have to stop researching and start writing.

Part of my research involved trips to Budapest and Israel. My visits enabled me to walk in the footsteps of the man who inspired The Collaborator, and to evoke the atmosphere of the time. In Australia, I tracked down Hungarian-born migrants whose parents or relatives had been on the rescue train. Talking to them gave me valuable insights into the man who saved them.

As these events took place in 1944, I certainly didn’t expect to come across anyone who had actually been on that train, so I was astonished when my editor, who has no connection with the Jewish or Hungarian communities, called to tell me that she had just met a woman who had travelled on that rescue train as a child!

I couldn’t wait to talk to this woman, and when I did, we discovered another coincidence:  it turned out that we knew each other from school! Although she was only four during the train journey, she remembered that her baby sister was born on that train.

To gain more understanding of contemporary issues, I read history books, biographies, and memoirs about the man who rescued so many people, but what intrigued me even more than his achievement, was the controversy that raged around him, and continues to rage to this day.

While some writers regarded him as a hero, others reviled him as a shady character, a self-serving Nazi collaborator. So, I became even more intrigued.

I’ve always been fascinated by moral ambiguity, that grey area between adoration and condemnation, and this story was a perfect example. The more I thought about it, the more perplexed I became by the ethical issues it raised.

Do we have the right to judge the actions of people in life and death situations? Are we honour-bound to keep promises, no matter to whom they were made, and in what situations? Can a man be a hero and a collaborator?

As I was writing a novel, I had to fictionalize the main character to have the freedom to interweave history and imagination. You could say that my challenge was to turn this history into mystery, because there is a huge mystery at the heart of my novel. It’s a love story too, a tale of passion and obsession, of vengeance and betrayal, but also of the healing power of truth, and the redemptive power of forgiveness.

I knew I’d have to weave another strand into this story and invent fictional characters to create a plot. I remember sitting at my computer one summer’s day, staring at that depressingly blank screen, wondering how to begin, when suddenly I felt a chill.

I was in a decrepit little room in Tel-Aviv, with the snow falling outside, while inside, a man with a thirst for vengeance, sipped black tea through a sugar cube and penned poisonous words about a man he loathed. I had just met the character whose pamphlet set the whole tragedy in motion.

Next, I watched a young woman walk onto my screen. Annika was an angry Australian journalist who was disenchanted with her job and disconnected from her heritage and her Hungarian background.

I heard her arguing with Marika, her Hungarian-born grandmother who resembled some Holocaust survivors of that generation that I have met over the years.

I sensed that Marika’s critical attitude to her grand-daughter, and her antagonism towards the man who saved her life during the Holocaust, would provide the key to the mystery. But how this would work out, I didn’t yet know.

It seems to me that writing a novel is a magical process in which fiction is created by tapping into the subconscious mind. People often ask whether I have the plot worked out before I write the novel. I don’t, and not knowing keeps me on the edge of my chair from the moment I start writing until I finish. Why did Annika’s grandmother say she never wanted to hear her rescuer’s name again? Annika’s search for the truth, which takes her to Budapest and later to Israel, forms the plot of The Collaborator, and reveals the secret that has poisoned the lives of three generations of women.

My fascination with the man whose life inspired my novel increased as I wrote The Collaborator, which illustrates my conviction that the world is filled with unbelievable lives, and fiction reminds us that they are real.