The Right to Breathe Free: A Showdown Over Race and Nature (Part II)

Douglas C. Sackman is Professor of History at the University of Puget Sound (WA), and the editor of A Companion to American Environmental History (Wiley-Blackwell). Part I of this article may be read here. 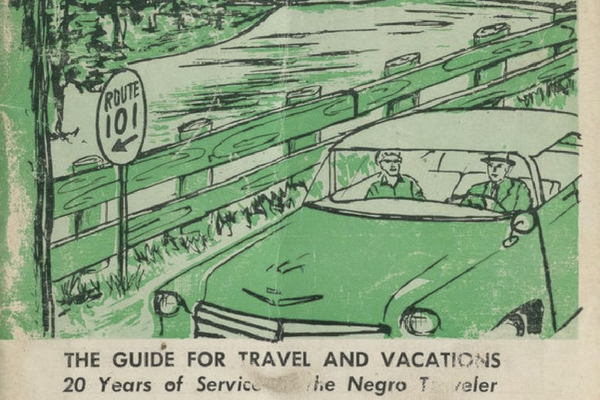 In New York harbor, the famous inscription at the Statue of Liberty beckons to America those who are “yearning to breathe free.” The message resonates with one of this nation’s founding myths: that bountiful American nature would provide new life for all.

In reality, over time American nature has been retrofitted with an infrastructure of racism, one that gives some people open access to land, clean water, and good air while constricting the access of others to these vital natural resources, or takes them away altogether. In a previous piece for HNN, I began exploring how the standoff in Central Park between Amy Cooper and Christian Cooper on Memorial day intertwines with this history. A coincidence on that fateful day helps us hear this history’s deeper reverberations in bodies and places across the nation.

At 8:10 am, Christian was out for a nature walk, pursuing his love of birds and their habitat; Amy was walking her dog, and when he asked her to put her dog on a leash, thinking about the trees and the birds, she tried to unleash the cops on him. At 8:10 pm in Minneapolis, a bystander began filming George Floyd’s arrest. Minutes later, Officer Derek Chauvin started suffocating him and kept it up for almost 9 minutes, knee on his neck artery, as George Floyd pleaded “I can’t breathe” 16 times—echoing the words of Eric Garner, who was choked to death by police in Staten Island in 2014.

When Melody Cooper first saw the video of her brother and a woman calling the cops, a scene like that of Floyd’s murder flashed in her mind: “My imagination took me to see him face down on the ground, with police around him, and — this is ironic — in a chokehold, but I didn’t know about George Floyd yet. I just imagined them having him face down in the dirt and killing him that way.” As Christian sees it, Floyd’s murder “happened on the same day and it sprang from the same wellspring.” Their histories are conjoined, even if their fates diverged.

In her remarkable reckoning with the suffocating legacies of slavery entitled In the Wake, Christina Sharpe asks, “What is the word for keeping and putting breath back in the body?” Her answer is aspiration—adding, “aspiration is violent and life-saving.” In the times of slavery and after, African Americans have aspired to find solace and freedom from nature, even as it’s been intentionally fenced off from them. Slave masters drove the people they enslaved to cultivate tobacco and cotton plants into forms they could profit from. As Lauret Savoy puts it, they had the power to “extract work” from her ancestors and also “blood, breath, life itself.” Within this life-choking system, enslaved people grew gardens at night in the no-man’s-land between plantations they made their land, to keep themselves alive physically and spiritually. They navigated by the stars and used nature as “underground” escape routes to states where they could breath the “air of freedom.” As historian Tiya Miles notes, “African-Americans recognized the capacity of nature to function as a resource — better still, an ally — in the fight for physical and psychological freedom.”

After emancipation, African Americans who migrated to northern cities still sought out nature—in the countryside and in urban green spaces. In the Chicago Defender in 1913, health editor Dr. Wilberforce Williams urged his African American readers to spend a day breathing “clean, fresh country air” in “close communication with birds and trees and flowers.” But when Black people pushed for access to the city’s segregated beaches in the sweltering summer of 1919, whites responded by throwing rocks and bricks, one of which hit Eugene Williams, who sunk beneath the waters of Lake Michigan and drowned. A race riot swept through the city for the next four days, leaving 38 dead and 537 injured.  In the midst of the conflagrations of the Red Summer of 1919, W.E.B. Du Bois, co-founder of the NAACP, wrote about his 7000 mile sea-to-shining-sea journey across America, from New York to Chicago and Los Angeles and culminating at the Grand Canyon.  Even as he beheld nature’s sublimity there in an experience that “will live eternal in my soul,” he mapped the way the color line crossed every cityscape and countryside in America. Against this restrictive reality, Du Bois posed his hopeful credo, in which he insisted that everyone should have “the freedom to choose their friends, enjoy the sunshine, and ride on the railroads, uncursed by color.” And they should have “the space to stretch their arms and their souls, the right to breathe....”

In the century since, African Americans have persisted in efforts to desegregate American nature, whether as Girl Scouts with their watchful mothers camping on land in the heart of Klan territory or heeding Ebony’s call for Black families to seek out “a magnificent natural area” in a National Park. Or Christian and Melody Cooper’s parents, who “taught us to move through the world as if we had a right to be there.” The deep dilemma they face again and again is illustrated well by the Fall 1956 cover of The Green Book. It seems to show a couple enjoying a leisurely errand into the wilderness in their automobile, like thousands of other Americans after WWII. Imagery aside, we know that the “green” in The Green Book only evokes nature by happenstance, for it bore the name of its publisher, Victor Hugo Green of New York City. His book was a map for African Americans showing how to navigate Jim Crow America, containing information on the small oases of inclusion dotting a landscape of hostility from sea to sea.

Even as white America tried to keep African Americans out of their idea of “pristine” nature, it had no trouble dumping defiled nature—that is, pollution—on Black communities. In fact, the movement for “environmental justice” came from African Americans whose communities had been literally dumped on. The Reverend Benjamin Chavis coined the term environmental racism in 1983 to bring to light “the deliberate targeting of people-of-color communities for hazardous waste facilities, such as landfills and incinerators.” In cities across America, white flight, racially restrictive housing covenants, and myriad forms of formal and informal redlining condemned African Americans to live in decaying, polluted and under-serviced urban enclaves. In 1973, Stevie Wonder gave voice to these conditions in his song about a man born in rural Mississippi who comes to the Big Apple: “His hair is long, his feet are hard and gritty / He spends his life walkin’ the streets of New York city / He’s almost dead from breathin’ in air pollution / He tried to vote but to him there’s no solution / Living just enough, just enough for the city.”

As Gregg Mitman shows in Breathing Space, the “distribution of allergens and pollutants was not equal in the economically and racially segregated spaces of the city.” In the urban ecology in Harlem, for example, with slum landlords violating housing codes and subjecting residents to crowded and dilapidated conditions where cockroaches ran rampant, African Americans since the 1960s have suffered from asthma at outsized rates. This “ecology of injustice that makes each breath a fight to survive” has also made African Americans exceptionally vulnerable to the novel virus that attacks its victim’s respiratory system. America’s environmental racism means that for Black people access to earth, water, and air have all been constricted.

In his aspirational Dream speech, Martin Luther King asked for freedom to ring, not only from the “curvaceous slopes of California” but also from “Stone Mountain of Georgia”—where Robert E Lee is carved into the wall and where the modern KKK burned a cross to proclaim their own rebirth in 1915. The white supremacist sculptor, Gutzon Borglum, went on to carve the faces of American settler colonial presidents into a mountain in the Black Hills that rightfully belongs to the Lakotas. A fire was burning in nearby Custer last week on the memorial of the man’s defeat at Little Bighorn, as Rushmore prepared for presidential fireworks on July 3rd. Nick Tilson, an Oglala Lakota citizen, points out that “Mount Rushmore is a symbol of white supremacy, of structural racism that’s still alive and well.” Every part of America, figuratively, has a piece of the rocks Borglum inscribed. Some literally have it—in the 1920s, Stone mountain stone was imported to a Seattle graveyard near where I live to create a confederate memorial that still stands.

King spoke of hewing a “stone of hope” from the mountain of white supremacy, and that is what the memorial to King in Washington, D.C. seeks to do symbolically. After his Dream speech, he would go on to express an  ecological perspective on race relations, noting that “we are all caught in an inescapable network of mutuality” and that “all life is interrelated.” King was once told not to visit a Canadian National Park on account of the white American tourists who would have presumably been disturbed by his presence. King’s last struggle was over environmental justice—the fight to restore the dignity of African American sanitary workers in Memphis. He spoke the night before his assassination of going “up to the mountain top” and looking over to the “Promised land.”

When the Obamas moved into the White House, they tried to redress the way the country had alienated Black people from nature. Michelle worked shoulder to shoulder with kids from every background to create a garden on the nation’s most hallowed ground. The Obamas also created a photo opportunity with a diverse groups of young people in the epicenter of the white wilderness, Yosemite. But the Obamas faced an angry backlash—one racist meme pictured the White House grounds planted completely with watermelons, mobilizing the stereotype that turned the crops some free Black people grew and enjoyed for themselves after emancipation into an object of ridicule.

As Nicole Seymour points out, Christian Cooper explained that he was concerned about how unleashed dogs disturb “ground-dwelling birds” and also the “planting” that people spend a lot of time on. As he knows well, a park that makes air space for shrubs and trees and therefore birds also makes air space for people. Hands in the dirt planting can restore; but when Melody imagined her brother choked by the police shoving his face into the dirt, she was haunted by what had happened to Eric Garner, what might have happened to her brother, and what later happened to George Floyd. At a recent teach-in and vigil entitled “We Can’t Breathe: 400 Years of Institutionalized Violence” hosted by the Race and Pedagogy Institute, my colleague Renee Simms said “you’ll recall that the image that most of us have of Garner is from the video of his murder on a sidewalk in the city being choked by police.” She pointed out that what is often forgotten is that for a time Eric Garner worked for Parks and Recreation as a horticulturalist, but that “Nature and the natural world, plants, are things we don’t often associate with black people.” But poet Ross Gay restored this association, writing that “in all likelihood, he put gently into the earth, some plants, which most likely...continue to grow, continue to do what such plants do...like converting sunlight into food, like making it easier for us to breathe.”