Will White Liberals Keep Faith With This Historical Moment?

Historian, public speaker, and cultural critic Elwood Watson, Ph.D., is a professor at East Tennessee State University and author of the recent book Keepin’ It Real: Essays on Race in Contemporary America (University of Chicago Press), which is available in paperback and Kindle via Amazon and other major book retailers. 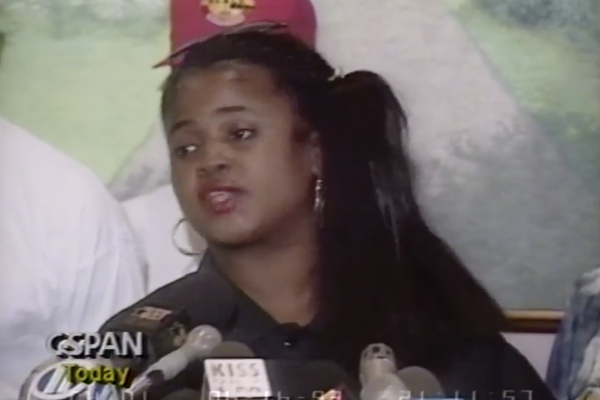 To say that the relationship between Black Americans and White liberals has been complex and fractious is an understatement.  Impassioned and fluctuating feelings of anger, glee, disillusion, disgust, and more have been commonplace in the frequently fragile and fractured discourse between both groups and among each discussing the other.

From the Shakers of colonial America to the abolitionists of the mid-19th century to early 20th-century leftist radicals. From Black female activists and White suffragettes, to mid-20th-century progressives during the transformative  New Deal years. From the idealistic white liberals of the modern civil rights movement of the 1960s to here and now in the year 2020, the relationship between these two groups has been akin to a roller coaster: sudden highs, abrupt lows, and occasional stops. This relationship could best be described as one of political, social, and cultural ambiguity.

If there is one thing that can be said about the current moment in time, it is that it is unquestionably surreal. There is an undeniably distinctive feeling about the present environment — intensely so. That is why it is so crucial that genuine White liberals make a valiant effort to work with those they claim to support in an effort to move this nation forward.

If we are being honest, historically many White liberals have dedicated their time and energy to issues that have directly impacted Black people (and sometimes other non-Whites) only when it has personally, politically and psychologically benefited them. To be sure, there have been a number of White liberals who have genuinely “practiced what they preached,” so to speak. These are the White progressives who have risked their reputations, livelihoods, social status and personal comfort in an effort to improve the often desolate circumstances that plague many Black and some other non-White Americans. Unfortunately, however, these men and women have been in the acute minority.

More often than not, the rhetoric for racial justice and equality that has flowed from the mouths of White liberals has been just that: rhetorical exercises in self-congratulation. A self-indulgent manner of priding themselves on supposedly not harboring the same racially bigoted, retrograde sentiments and values as their White right-wing counterparts.

Fractious relationships between White leftists and Black America are nothing new. Throughout American history, Many Black leaders and activists have made no secret of their disappointment and outright disdain for what they have perceived as liberal disingenuous and hypocrisy, from Martin Luther King Jr. to Malcolm X to mid-20th-century Black intellectual extraordinaire James Baldwin to current CNN commentator Van Jones.

Marcus Garvey and W.E.B. DuBois made their occasional displeasure and frustrations toward White liberals known as well. Recently, more than a few members of the Black intelligentsia have made their feelings about White liberals well known and have taken no prisoners in expressing searing, unfiltered critiques.

It is crucial to note that Black criticism of segments of the White left by no means indicated that they were avid supporters of conservatives. On the contrary, their deep animus toward the political right was well known. However, the major historical distinction was that the right made their disdain and hostility toward Black people and other progressive causes clear, from the mass exodus of conservative Dixiecrats such as South Carolina senator Strom Thurmond from the Democratic to the Republican Party in 1964 upon the passage of the historical civil rights act of that year, to Richard Nixon's 1968 presidential campaign that brazenly trumpeted the racially unambiguous message of "law and order" in his infamous southern strategy.

This assorted grouping of largely reactionary conservative republicans of varied strands – political, social, cultural and economic, eagerly endorsed the far-right platform of the Reagan campaign during the 1980 presidential election. Right-wing resistance toward racial, political and social equality came as no surprise. Thus, most non-Whites (aside from a few non-White conservatives), and in particular Black Americans, harbored no misguided illusions that the majority of White conservatives or the post-1964 Republican party were political allies. Rather, it was the transactional behavior of more than a few White liberals that so unnerved and disappointed their many marginalized and disenfranchised supporters of color.

By the late 1970s, many of these same liberal activists, a number of whom were staunch protesters against the Vietnam war, segregation, and economic inequality became disillusioned, if not outright hostile toward what they viewed as the failure of liberal policies. Some began to adopt the blame-the-victim philosophy of their conservative brethren, believing that Black people, many poor White people, and other disadvantaged populations were not impoverished because of gross inequities in the system, but rather due to their own personal inadequacies.

These were the so-called liberals who suddenly got tired of hearing Black people complain about racism, poverty, educational inequality, subtle and overt discrimination, and enormous health disparities. These injustices were centuries in the making, and would not be solved by a few protest marches, hand-holding, or uplifting, feel-good songs. Feelings of disillusionment, frustration and other emotions began to settle into the hearts and minds of many of these largely idealistic baby boomers.

For some of these liberals, in particular White men, the 1978 Bakke Supreme Court decision that highlighted affirmative action as a policy that could adversely affect white people was another turning point. Suddenly, there was another reason to harbor second thoughts about the means necessary to achieve progressive ideals. While many White liberals gave lip service to publicly supporting affirmative action, many more behind closed doors or among discussions with fellow White liberals were much less faithful in their support.  Indeed, a number of these individuals became members of a group better known as the Reagan Democrats.

Many of those members of the boomer generation who did not like Ronald Reagan and his largely draconian policies on race, gender, poverty, and environmental issues either failed to voice their concerns or turned a blind eye to such mounting injustices.  In essence, they became “Big Chilled” so-to-speak. Much of this “hear no evil, see no evil, fear no evil” attitude was the norm for this group, which increasingly demonstrated indifference to and practiced distance from most non-White people.

In 1984, Ronald Reagan captured 49 states en route to a crushing defeat of Walter Mondale, who won only Minnesota and the District of Columbia. Many Democrats, a sizable number of them former 60’s liberal politicians (some still saw themselves as such), decided that they had to move rightward toward an imagined political center to have any chance of capturing the White House in the future. Thus, the Democratic Leadership Council (DLC) started by the Arkansas governor and future president, Bill Clinton was born in 1985. The message was that Democrats must become more conservative to survive; distancing from Black voters’ demands was the way to show it.

In 1992, the penchant of boomer politicians to distance themselves from non-White voters continued when Democratic candidate Bill Clinton picked a public fight with controversial rapper Sista Souljah and compared her to white supremacist David Duke. Such antics were another message being delivered to moderate-to-conservative voters that a new type of Democrat intended to replace old-style, big government McGovern liberalism in Washington.

Indeed, throughout much of his term as president, in particularly after the Republican takeover of Congress in November 1994, Bill Clinton reverted from his previous message of embracing diversity and adopted more centrist conservative polices, such as the 1995 Federal Crime Bill with its notorious “three strikes” provision imposing mandatory life sentences for repeat offenders. He signed his signature welfare reform bill into law in 1996 and championed other retrograde legislation that had seriously negative effects on lower income and poor people, disproportionately Black and Latino. Once again, it was the classic example of liberal retreat from supporting those who were politically, socially and economically marginalized. Although, to his credit, then-president Bill Clinton did give a national speech in 1995 promising to protect affirmative action by “mending it, not ending it.”

History has demonstrated all too often that when the going gets rough and the intolerant white, right wing backlash monster fiercely flashes his teeth, so-called White liberal allies have recoiled in fear, panicked, packed up, retreated, kept a low profile and rode out the storm until things subsided, only managing to reemerge when the next seemingly monumental moment of social activism arises. Such Houdini-like antics have been less than inspiring to people of color. In fact, they have been historically demoralizing.

No astute observer of historical events can deny the fact that we are currently in a moment of electrifying levels of activism. Not since 1968 (some more dramatic observers would argue not since the Civil War) has our nation been at such a crossroads.

The zeitgeist, at the present, feels different. So many White people of so many education levels, religions, regions of the nation, and walks of life have taken to the streets with people of other racial and ethnic groups, peacefully and bravely confronting law enforcement, legislators, and others to demand that real and consequential political, social, economic, and legal measures be enacted for the betterment of all. This was not the case in the 1960s or even a few years ago. Such events are nothing short of awe inspiring and have been euphoric to say the least.

It is imperative that this momentum, determination, and resilience continue. We cannot allow the retrograde, sinister forces of White backlash, neo-liberalism, white supremacy and other retrograde forces to abort such a grand opportunity as they have all to often done in the past. Many American citizens seem to be adhering to the sagacious messages of Dr. Martin Luther King Jr., who profoundly stated “injustice anywhere is a threat to justice everywhere,” and the late, often prophetic Black feminist and activist Audre Lorde, who said, “the war against dehumanization is ceaseless.” Indeed, too much is at stake this time around.