Thinking About Racism Beyond Statues and Symbols 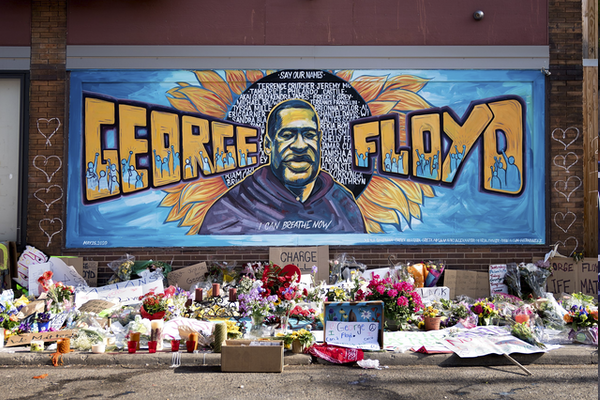 George Floyd’s death at the hands of police officers contributed to protest and debate about statues and other monuments to the Confederacy, but his life and death should also bring attention to a more recent and troubling history.  Floyd’s autopsy and obituary reveal a life subjected to enormous pressures that ended with a policeman’s knee pressing down on his neck.  In his life and his death Floyd experienced the coercive structures that constrain, punish and eventually kill altogether too many Americans.  Floyd’s birth in 1973 made him subject to what historian Elizabeth Hinton has called the shift from the “war on poverty to the war on crime” which Richard Nixon had initially launched two years earlier as the “war on drugs.”  It was the same year that the oil crisis, sparked by US involvement in the Middle East, helped to damage an already faltering economy bring to an end the trend towards greater economic equality for the bottom 90% according to Thomas Piketty and Emmanuel Saez.

His father’s departure ensured that Floyd grew up in the kind of household most likely to experience poverty as his single mother moved into a tough neighbourhood in Houston, Texas. Athletic ability briefly offered him a chance for a university education, but, like many African American athletes, he failed to receive a degree.  As a consequence, Floyd remained in the 74% of African Americans who lack that educational credential, another contributing factor to poverty and precarious employment.  Unstable relationships with women produced five children while apparent involvement in criminal activity seeking drugs and money sent him to prison.  Floyd became an absent father to his own children following his parental example.

A religious conversion seemed to offer Floyd a change in his life’s fortunes and he moved north to Minnesota to be close to his youngest child. Then came COVID-19, which Floyd had contracted before his death.  Unemployment was another common result.  Like many distressed Americans, he died with evidence of drugs in his system which included Fentanyl, Marijuana, and methamphetamine.  Despite the “war on drugs,” many Americans use these drugs to escape from lives of quiet and not so quiet economic desperation. His life ended in the fateful encounter with the Minneapolis policeman that many people have seen, one of the approximately one thousand Americans killed by police each year.  More Euro-Americans are killed in this way, but proportionately more African Americans, including the unarmed, are subjected to this form of violence as the “war on crime” has turned from metaphor into a militarized policing system.

Placing Floyd’s life and death in historical context, the presence of racial domination is clearly an important causative factor going back to slavery, segregation, and the violent imposition of white supremacy in North Carolina, the state where Floyd was born, and Texas where he grew to manhood.  His death in Minneapolis, however, points to the way race entangled with class in northern cities as Thomas Sugrue and other historians have discussed.  Martin Luther King took up this issue in 1965, culminating in his efforts to organise a Poor People’s Movement in the year of his death. That year Nixon won on a law and order campaign inspired by a backlash to the Ghetto revolts, the Civil Rights Act, and the Voting Rights Act.  Had King and Robert Kennedy not fallen victim to violence in 1968, the history that followed might have offered greater hope to Floyd’s family and other poor Americans.

The effort to unite the poor to transcend racial antagonisms was King’s final dream. It was an important theme in Kennedy’s campaign as he deplored poverty in Mississippi, the suicide of young Indians, decaying schools, and unemployed West Virginians.  I enlisted in Kennedy’s campaign that year for those reasons as a twenty-year old who believe that poverty and racial oppression were just as important as ending the war in Vietnam.  Death ended those hopes in 1968 and the United States moved into a more punitive approach to poverty and an increasingly polarised culture during Floyd’s childhood and adult years.

Perhaps now the protests in cities and towns throughout the United States can revive those campaigns for equality and lives of ‘purpose and dignity’ for all Americans as Robert Kennedy pledged in 1968 but it requires structural change to an undemocratic political system, regressive taxation system, unequal education, inadequate healthcare, and many other areas of American life that contributed to the tragic life and death of George Floyd. As Cass Sunstein has argued, it requires the enactment of Franklin Roosevelt’s “Second Bill of Rights” that he, like King and Kennedy, did not live to realize. It requires what Alice Kessler-Harris described as the politics of “collective responsibility” that has enabled New Zealand, where I now teach American history, to avoid the catastrophe now engulfing the United States.