The Latest Resurgence of Ethnic Studies

Historian, public speaker, and cultural critic Elwood Watson, Ph.D., is a professor at East Tennessee State University and author of the recent book, Keepin’ It Real: Essays on Race in Contemporary America (University of Chicago Press), which is available in paperback and Kindle via Amazon and other major book retailers. 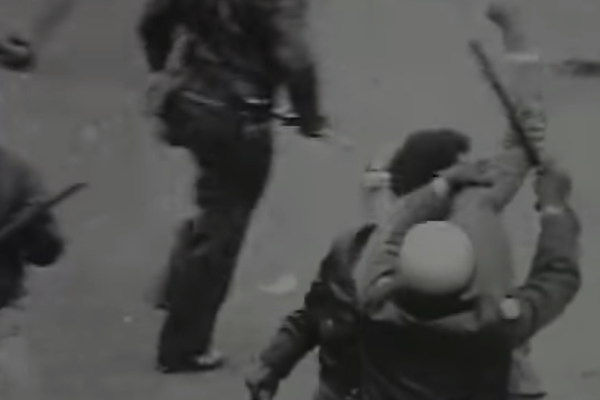 The first official establishment of an ethnic studies department occurred in 1968 as the result of a long, tense, and lengthy strike staged by students of the Third World Liberation Front at San Francisco State University, a progressive and radical group of students composed of Black, Asian, Latino, and Native American students. Frustrated at the dearth of courses that were representative of or spoke to their ethnic and cultural experiences, these young radicals demanded that administrators address and correct what students viewed as chronic deficiencies in the curriculum. Their steadfast determination resulted in senior-level administrators, including then President S.L. Hayakawa, surrendering and incorporating ethnic studies courses into the university by establishing a School of Ethnic Studies.

This victory inspired other students and faculties of color across the nation to follow San Francisco State University's lead and stage their own strikes. A few years later, in 1972, the National Association for Ethnic Studies was founded to bring together scholars from diverse disciplines to promote interdisciplinary research.

Throughout the early to mid-1970s, ethnic studies programs and departments continued to flourish. One major difference, though, was that groups that previously worked in solidarity became more territorial, demanding departments and programs focused on their particular cultures. Thus, fields such as Black Studies, Latin American Studies, Native American Studies, Chicano Studies, and others were established. Often such departments worked in unison with one another, but sometimes fights over power, prestige, recognition, and resources occurred.

By the late 1970s, as the U.S. economy fell into recession and the 1978 Supreme Court decision in Regents of the University of California v. Bakke  took aim at race-based affirmative action in higher education, more Americans focused on how race was being addressed in higher education. A backlash began toward issues or institutions viewed as having a racial agenda. Anything seen as “too race-identified” was viewed with a suspicious eye.

Such sentiments continued after Ronald Reagan defeated incumbent president Jimmy Carter in November 1980 to become the 40th president of the United States. While the backlash against racial identification and perceived racial preferences, no matter how misguided, had begun in the late 1970s, such reactionary attitudes became even more pronounced as the 1980s progressed. Aggressive attacks on social programs, the safety net, welfare programs, higher education, labor unions, people of color, Jews, and any group associated with the specter of liberalism became institution or issue non grata.

By the 1980s, business and engineering were the degrees du jour on college campuses. Liberal arts were considered passé and all but dead. While majors such as English, history, philosophy, and others declined, the drop-off was even more acute in ethnic studies programs such as Black Studies and Chicano Studies. In some cases, funding became harder to secure from hostile, suspicious, or outright indifferent state legislatures; some programs or departments closed outright, while others were severely scaled back or folded and housed into other departments on campus. It was a less than robust time for ethnic studies at many institutions. Interestingly, during the same period, women's studies programs were established on many campuses.

By the later 1980s, many employers had realized that their business, engineering, and hard science graduates were often good at crunching numbers, figuring out equations, and processing data, but deficient in concrete abstract and critical-thinking skills. This posed a dilemma for corporations whose companies needed workers who could think outside the box. Thus, the much-maligned and dismissed liberal arts majors were suddenly back in demand and being eagerly recruited.

This trend continued into the 1990s. In contrast with the previous decade, when the field had been largely marginalized, employers suddenly wanted and demanded graduates in communication, philosophy, history, literature, and similar majors as part of their workforce. In higher education, issues such as diversity, and academic perspectives rooted in multiculturalism or intersectionality became mainstream. Institutions suddenly became committed (at least in theory) to diversifying their faculty ranks, which had been (and in truth still are today) overwhelmingly white.

After languishing on the academic sidelines throughout the 1970s and 80s, the often overlooked and neglected stepchild—Ethnic Studies—was finally becoming recognized as a valuable entity in higher education, and such majors increased tremendously in popularity. For several years, Black American Studies became the discipline du jour. Much of this was due to the immense popularity of scholars such as Cornel West, bell hooks, Patricia Williams, Henry Louis Gates Jr., and many others.

Suddenly, Ivy League and other prestigious institutions were developing African American and other high-powered, well-funded ethnic studies departments or programs. Colleges and universities appeared eager to hire, recruit, and retain faculty of color. Ethnic studies enjoyed the positive reception that had previously eluded it. A new day had seemingly emerged in the ivory tower.

While a renaissance of sorts did indeed occur, not everyone was pleased with this sudden coronation being bestowed upon race, ethnic, and gender studies. There were those who saw this new recognition of the contribution of color as an attack on “classic, well-established (read Eurocentric) scholarship” that had supposedly “stood the test of time.” The much-touted idea of “culture wars” reared its intense, combative head throughout the mid-1990s. These battles were primarily waged in the liberal arts, most notably in history and English departments.

To say debates were fierce is akin to saying that water is wet. It appeared that everyone from academics to the mainstream media to politicians and private citizens found it appropriate to weigh in with commentary. Heated debates took place across the political spectrum as men and women from the political and cultural left, center, and right took to the airwaves on radio programs, penning passionate arguments on the op-ed pages of well-respected newspapers, highbrow magazines, upscale journals, and other avenues to defend their positions.

By the late 1990s, it appeared that a cease-fire had occurred, and all parties involved had decided to “live and let live.” At the risk of troubling long-settled waters and reopening old wounds, I would argue that proponents of the new school—the deconstructionists, post-colonialists, and social and cultural historians—were successful in integrating their work into the literary and historical canon. It is now a given that the works of non-white, heterosexual men and women will remain in the curriculum of many humanities courses, despite grumblings from certain right-wing quarters.

During the first two decades of the 21st century, stark cuts to higher education by state legislatures, a declining college-student-aged population, overreliance on adjunct faculty, the skyrocketing cost of college, and the rise of online education and for-profit colleges, coupled with similar roadblocks, have had a dramatic impact on higher education. Some colleges have been forced to merge or close down. Such predicaments have left many parents (and students) questioning the value of a college education.

In an era of such endemic uncertainty, it is not surprising that parents are more cautious and determined to ensure that the money they spend on their children’s education will result in tangible outcomes. In essence, only the most economically privileged students can afford the supposed “luxury” of pursuing a liberal arts education. Arguments from the early to mid-1980s regarding the profitability of certain degrees have suddenly resurfaced. But this time, business has been eclipsed by STEM and healthcare-related fields.

Once again, the humanities are under fire and viewed as being worthless in the job market. Ethnic studies courses have faced particular ire. They are often the first programs/departments to be severely downsized or terminated. The more things change, the more they stay the same.

But have we not heard this argument before? Ethnic studies and the humanities have routinely been targeted for ridicule. Yet when considered down for the count, they always seem to rise from the ashes, turn a corner, and find themselves back on the road riding comfortably down the highway. Something tells me this time will be no different. For one, rapidly changing racial, ethnic, and cultural demographics in our nation will demand that such courses become permanently etched into the fabric of the educational curriculum for K–12 and beyond. Secondly, our increasingly global economy and the world at large require such a situation to become the norm. Ethnic studies are the epitome of resilience. I would not bet against the discipline; such courses are more important now than ever.