Democracy, Violence, and the Legacy of the American Revolution

David W. Houpt is Assistant Professor of History at the University of North Carolina, Wilmington. His work focuses on the political culture of Revolutionary America and is currently finishing a book that explores the struggle to define the nature of democracy following the Declaration of Independence. 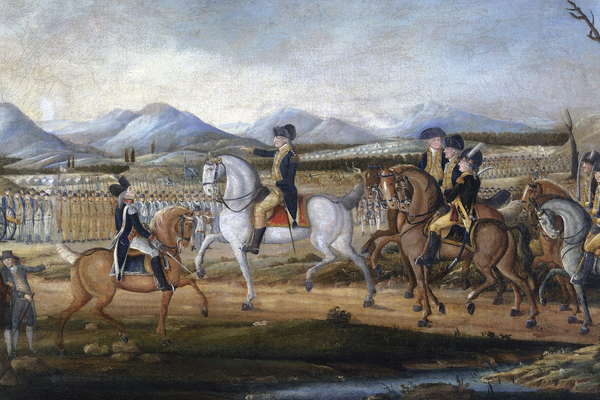 The events of January 6, 2021, presented two starkly different versions of democracy: one represented by elected officials exercising their Constitutional authority to formally declare Joe Biden the winner of the Electoral College and the other represented by throngs of individual citizens who rejected the legitimacy of the proceedings and stormed the Capitol in an attempt to block certification of Biden’s victory. Democracy, in the first instance, means that the people exercise their sovereignty through elected representatives. Under the latter version, the people have the right (and even responsibility) to assert their authority directly when they feel that the government is no longer representing their interests. Although it is rarely displayed in such a dramatic fashion, this tension between a representative democracy and a more direct form of democracy can be traced back to the country’s origins.

America was born in a violent rebellion against a government that some colonists deemed corrupt and illegitimate. The Declaration of Independence justified the break from Great Britain as a necessary response to “repeated injuries and usurpations, all having in direct object the establishment of an absolute Tyranny over these States.” Having long suffered under the King’s rule, it was now Americans’ “right . . . [and] duty, to throw off such Government, and to provide new Guards for their future security.” The people, in other words, had to take matters into their own hands in order to protect themselves. In response, states that had not already done so overthrew their colonial government and established new state governments based on the principle of popular sovereignty, meaning that all power flowed from the people (as opposed to from the crown).

In the years following, however, Americans struggled with how to reconcile the nation’s origin in rebellion and violence with the need to establish an orderly form of government. Just as Patriots were justified in resisting British rule, some Americans believed that they had the right to oppose laws that they deemed unjust. In some parts of the country, residents began attacking tax collectors and subjecting them to the same type of humiliating and painful forms of torture that Loyalists had endured. In Massachusetts, the unrest culminated in 1786, when aggrieved farmers took up arms and shut down court houses to prevent the collection of debts. Shays’ Rebellion, as the uprising became known, horrified political leaders, and the violence served as one of the final catalysts for the calling of a Constitutional Convention.

The new federal Constitution, adopted in 1788, represented a sharp turn away from the version of democracy that allowed the people to assert their will directly. The Constitution created a strong central government that could serve as a check on popular passions and established that citizens expressed their will exclusively through the ballot box. As one supporter of the new government explained, power may be derived from the people, but they possess it on election day alone. Beyond that, “it is the property of their rulers.”

Ratification of the Constitution did not, however, prevent some Americans from continuing to think they had the right to assert their authority directly. Just five years after the launching of the new government, Pennsylvanians took up arms to protest recently passed taxes. Using symbolism from the American Revolution, the insurrectionists portrayed themselves as the defenders of the principles espoused in the Declaration of Independence. But, unlike what had happened during Shays’ Rebellion, which dragged on for nearly a year, President George Washington moved quickly to crush the rebellion. Seeing the insurrection as an opportunity to flex the muscles of the federal government, Washington called out a force of 13,000 men, matching the largest number of soldiers he ever commanded during the Revolutionary War. He personally marched the troops to suppress the so-called Whiskey Rebellion. This emphatic response sent a stern warning that challenges to the government—even those done in the name of preserving liberty—would not be tolerated.

By the early nineteenth century, most Americans had come to accept that American democracy meant that the people spoke through elections (which, not coincidently, had the effect of defining women, people of color, and anyone else without the franchise as not part of the American “people”).  This fragile definition was shattered in 1861, when southern slaveholders rejected the legitimacy of Abraham Lincoln’s election and seceded. The next four bloody years tested American democracy in new and gruesome ways. The Union ultimately prevailed, but some white southerners continued to use violence as way to circumvent the electoral process. Despite the 15th Amendment’s guarantee that “the right of citizens of the United States to vote shall not be denied or abridged by the United States or by any State on account of race, color, or previous condition of servitude,” Black men in the South were often prevented from casting a ballot. Even when these men did manage to participate in the political process, there was no guarantee that their voice would be heard. In 1898, an armed mob of white supremacists staged a coup d’état and forcibly overthrew the legitimately elected government in Wilmington, North Carolina, because it supported Black rights.

So, what can this brief history tell us about the state of our democracy today? At their most basic, the events of January 6 should serve as a reminder of the challenges inherent in the American experiment. The Revolution bequeathed a complex legacy that combines a commitment to freedom and liberty with a suspicion of centralized authority. Indeed, it should not be a surprise that in a country where children are taught to revere the men who rebelled against the British monarchy that some Americans have felt that they have the right to use force to resist what they deem to be government oppression. Recognizing this does nothing to detract from the seriousness of the moment. Since the adoption of the Constitution, American democracy has been built on a shared agreement that election results represent the will of the people. When aggrieved groups have refused to abide by that agreement, some have invoked the Revolutionary spirit to justify a turn to violence against the representative government enshrined by the Constitution. This country has experienced political turmoil in the past, but Americans have ultimately come together. Let’s hope they do so again soon.