Pete Burkholder is professor of history at Fairleigh Dickinson University in Madison, NJ. He serves on the national advisory board of the Society for History Education, and the editorial board of The Teaching Professor. 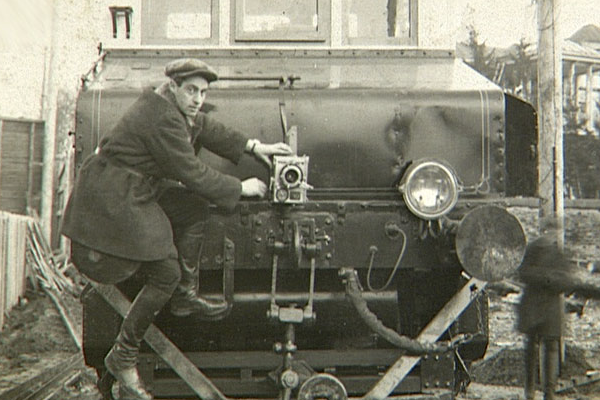 The results are in and it’s official: we are a nation of watchers. As Americans retreated to the security of their own homes amid the ravages of COVID-19, their love affair with screens only increased. According to Eyesafe/Nielsen, adults spent an average of thirteen hours, twenty-eight minutes per day watching a screen in March 2020.

That represents a daily increase of three hours, twenty minutes, relative to the third quarter of the previous year. Of those, live television viewing went up by over two hours each day for five-and-a-half hours total, while time-shifted watching increased by nearly twenty minutes.

What seems clear is that what we know about the world around us is increasingly dependent on electronic boxes of various sizes and dimensions, and on the content providers who fill them.

As a historian, I’m always intrigued by how the public learns about the past, which is why my colleagues and I recently ran a national poll to find out where people get their historical information. The results of that survey, a collaboration between the American Historical Association and Fairleigh Dickinson University, and funded by the National Endowment for the Humanities, indicate that historical consumption is a microcosm of the trends outlined above. Yet those same results, which will be published in full this summer, expose some fascinating incongruities as well.

First, the trends. Asked where they’ve gotten their information about the past since January 2019 (that is, pre-COVID to present), respondents showed an overwhelming preference for screens. Out of a range of nineteen possible sources, the top three choices – documentary film and TV, fictional film and TV, and TV news – were all video.

That said, the great bugaboo of recent disinformation, social media, likewise assumed back-of-the-pack status, coming in at fourteenth place. Although use of social media has remained robust during the pandemic, most respondents to our survey didn’t seem to view such platforms as having much to do with history, per se.

The incongruities emerged when we asked survey-takers to rank the perceived trustworthiness of those same sources above. Only documentary film and TV stayed in the top three, though it now trailed both museums and historic sites.

While TV news ranked third as a go-to source for history, it fared miserably in terms of reliability, coming in fifteenth. Fictional films and TV did even worse at seventeenth. Few respondents had taken a college history course since January 2019, but history professors were still highly trusted, garnering fourth position. The same was true for non-fiction books, which moved up the scale to sixth, despite being sparsely utilized.

A bit of a disjuncture thus emerges. Whereas the public reports largely turning to video for its historical information, those same viewers are skeptical of much of what they see on their screens.

Our survey couldn’t determine exactly what people were watching, a topic that awaits further investigation. But respondents’ high utilization of, and obvious trust placed in, documentaries – and their corresponding distrust in news and dramatizations – begs a certain amount of cynicism. Although one can find quality programming in the current state of “docu-mania,” there’s a proliferation of disinformation as well. Such nonsense as Mikki Willis’s Plandemic, or the all-day conspiratorial marathons on the History Channel (Ancient Aliens, anyone?), are wrapped in a patina of documentary that lends them unmerited credibility.

Meanwhile, news programs that may strive for factuality, and that are avidly consumed by history-minded viewers, were largely dismissed by our respondents as unreliable. Here, our survey reflects broader distrust in news services that have been assaulted by several years’ worth of “fake news” accusations. In a national survey from the 1990s similar to ours, people likewise looked askance at dramatized history on film and TV, but they have consistently devoured it nonetheless, if Academy and Emmy Awards are any indication. And just as documentaries can deceive, fictionalized video renditions of the past can be quite edifying if one bears in mind how to read historical films as cultural artifacts.

The increasingly simple ease of access to video media may explain a lot about current consumption habits of historical information. But if so, it bodes ominously for sources of the past deemed more trustworthy, yet which take more effort (reading books) or intentionality (visiting museums) to engage.

Maybe we shouldn’t be surprised by such disjuncture. After all, the nation’s alcohol consumption has surged during the pandemic despite the drug’s well-known detrimental health effects. People knowingly acting against their own self-interests in where they turn to for historical information is thus not an isolated phenomenon.

If there’s a glimmer of hope, it’s that Americans – no matter their age, race, gender or political affiliation – are often in agreement when it comes to their history consumption habits and views on the reliability of sources. Sixty-seven percent of our respondents in the 18-29 age bracket reported watching dramatic films and TV to learn about the past, a statistic that barely moved for the 65+ age cohort (66%). Meanwhile, 87% of those identifying as Democrats said they trusted documentaries somewhat or a great deal, compared with 84% of Republicans.

They may be watching very different historical programming, but the public’s preferences and attitudes toward it align more often than not. In a country as deeply divided as ours, that’s no small matter.