FDR's Court Packing Plan Backfired in the South. Will Biden Repeat The Error?

A former president of the Southern Historical Association, James C. Cobb is Emeritus Spalding Distinguished Professor of History at the University of Georgia. His books include The South and America Since World War II (Oxford University Press, 2010). 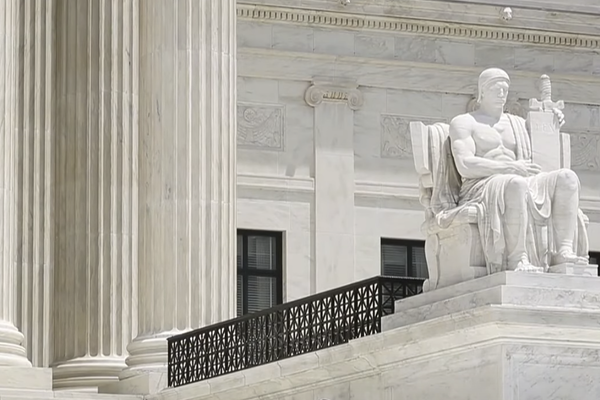 In assessing recent moves by President Joe Biden and congressional Democrats pointing to possible expansion of the Supreme Court, it helps to recall the immediate and long-term consequences of an earlier Democratic attempt to alter the makeup of that body.  Over a roughly two-year span beginning in May 1935, a majority-Republican Court had almost systematically eviscerated a succession of key New Deal measures, including the National Recovery Act and the Agricultural Adjustment Act. By February 1937, President Franklin D. Roosevelt had finally had his fill of sitting by while the Court made war on his recovery program. Accordingly, he unveiled a plan that would enable him to appoint up to six additional, (and presumably more liberal) justices, based on the number of sitting members who were 70 or older.

In reality, Roosevelt's aggressive move did not stem entirely from his fear of an extended reign of judicial terror at that point. It also reflected his anger at mounting pushback against his entire New Deal legislative agenda, not only from House and Senate Republicans but from some key representatives of his own party as well. A number of these Democrats made no secret of their distaste for his Court plan, rendering it dead even before its arrival on Capitol Hill. This blatant display of ingratitude infuriated Roosevelt, whose historic landslide re-election victory just three months earlier had also swept a dozen new Democrats into the House and five more into the Senate, leaving the party with overwhelming majorities in both.

Still, for too many congressional Democrats, FDR's "court-packing plan" amounted to playing Russian Roulette with the constitutional balance of powers. It was particularly disquieting for the southerners among them who saw it paving the way for a judicial assault on the legal underpinnings of racial segregation in their region. In other circumstances, FDR might have recognized his attempt to dramatically remake the Supreme Court as the ultimate political longshot from the beginning, and, as he had done before, simply cut his losses and moved on.

In this case, though, his judgment was likely impaired by his exaggerated sense of the political loyalty and latitude that should be his due by virtue of the stunning tribute to his personal popularity recently rendered at the polls. This sense, in turn, only stoked his outrage at the congressional rebuff, leading him to compound the effects of one egregious political miscalculation with another. The latter lay in attempting what his critics deemed a Stalinesque "purge" of some of the Democrats who had the temerity not only to oppose his Court measure, but express reservations about some of his programmatic New Deal initiatives besides.

Having persuaded himself that his overwhelming personal popularity with the Democratic faithful put their votes in other political contests at his disposal, Roosevelt moved in 1938 to recruit and emphatically endorse primary challengers to several of what he saw as his most consistently obstructionist Democratic adversaries in Congress.  These included Ellison D. "Cotton Ed" Smith of South Carolina, who had been in the Senate since 1909, and Walter F. George of Georgia, who had joined him there in 1923. As southerners, both Smith and George likened Roosevelt's move against them to a second Yankee invasion, while other objects of his ire cited his interference as a violation of the sovereignty of their respective states. With but one exception, all of FDR's designated enemies bested their anointed primary challengers, typically by comfortable margins. Divided and worn down by all the primary in-fighting, and saddled with a slumping economy to boot, the Democrats would go on to lose 71 seats in the House and 6 in the Senate in the November general election.

In the end, Roosevelt had squandered an enormous amount of political capital, shattered his own image of invincibility and further widened the ideological and regional divisions within his own party. This additional stress on the potent but increasingly tenuous "New Deal Coalition" of southern whites, northern blacks and organized labor turned up the heat on the simmering tensions that finally boiled over with the Dixiecrat revolt in 1948. Beyond that, these southern Democrats now had additional incentive to join right-wing northern Republicans in resisting further expansion of not just presidential but federal prerogatives in general. In this, FDR's attempt to bring the Supreme Court to heel may have sown the seeds of the knee-jerk animus toward Washington that propelled Donald J. Trump to victory in 2016.

In fact, it was this very hostility that spurred former president Trump and former Senate majority leader Mitch McConnell to pursue their own ideological realignment of the Court, aimed at skewing it in precisely the opposite direction envisioned by FDR. Their success in ramming through three decidedly conservative new appointments in rapid succession has prompted President Biden to create a thirty-six-member bipartisan commission of constitutional experts charged with exploring the pros and cons of Supreme Court reform. Meanwhile, on the heels of Biden's action, congressional Democrats have announced their own plans to introduce a bill that would expand the membership of the Court from 9 to 13.

Whether we may soon be looking at "deja vu all over again" remains to be seen, of course, but there is reason to think not. Ultimately Biden seems too much the political realist to believe that any plan to alter the composition of the Supreme Court has much better prospect of winning the requisite backing on either side of the aisle at this juncture than Roosevelt's did in 1937. Some have already ventured that, in assembling so cumbersome and diverse a commission with such an open-ended mandate, the President's initiative is a largely perfunctory attempt to fulfill a campaign pledge to the more liberal-minded cohort within his party.

The largely positive popular response to the relative moderation of the new Democratic administration to date also begs the question of why the Democrats would choose to go all-in for so polarizing a measure at the risk of lending traction to GOP charges that Biden is engineering a radical leftist takeover of our government.   Joe Biden has made no secret of his admiration for Franklin Roosevelt, and it may well be that he could do with some of Roosevelt's charisma and elan. Yet, insofar as the circumstances and options he now confronts may compare to those facing his aspirational model some eighty-four Aprils ago, he enjoys at least one potential advantage. As a veteran of untold Senate skirmishes over White House initiatives, Biden should have entered the Oval Office fully aware of something that had apparently eluded FDR prior to the Court-packing debacle. Even in times less fiercely partisan than these, it is the ultimate ahistorical folly for any President to mistake even the most resounding personal triumph in winning the hearts of the voters for gaining sway over their choices of who represents them in Congress and elsewhere, much less for commanding the allegiance of those whom they select.