Locating the Present in the Past: a World History Teaching Challenge

Dr. Peter N. Stearns is University Professor of history at George Mason University, where he has also served as provost. He has taught previously at Harvard, the University of Chicago, Rutgers, and Carnegie Mellon; he was educated at Harvard University. He has written widely on themes in world history and social-cultural history, including considerable work on the history of emotion. 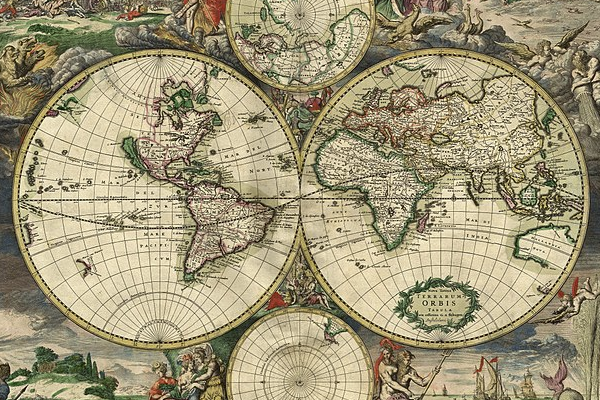 One of the daunting aspects of teaching world history is the realization of how much has to be left out. Constraints of the survey course and even limits to the size of our often-huge textbooks inevitably compel a host of omissions or short-changes. While limitations apply most obviously to coverage, they also affect conceptual or analytical goals: we simply can’t do as much as we would like.

The following comment, framed within the burden of constraints, seeks to encourage debate about how those of us teaching world history are prioritizing our goals, particularly amid the growing complications of the world around us and as we seek to attract greater undergraduate interest in historical study. Debate is the operative term, for while I urge a new discussion of priorities, and risk raising a few hackles in the process, the effort must be framed in terms of a balance amid a number of desirable outcomes.

Here’s the starter: I have always believed that the primary goal of world history teaching was to help students place the world around them today in context of the past, to explore how current patterns have emerged from earlier developments by emphasizing the basics of historical analysis: change and continuity. Here, it seems to me, is the core argument for urging world history over other survey topics: we live in a complex world, not just a Western world or an American world or even a Chinese civ. world, and we need to work with students on historicizing this complexity, even seeking to promote a capacity to continue to evaluate the global present long after the course has ended. Arguably – though this merits testing – explicit linkage between survey history and current global concerns may also propel greater student interest, adding a further twist to the longstanding goal, particularly in light of the fact that the survey course is our principal encounter with non-majors.

Primacy does not mean exclusivity. We can also hope that world history surveys, like other surveys, promote abilities in critical thinking and/or interpretation of sources and/or capacity to develop arguments; and I grant that world history (unlike other surveys) assures exposure to regional diversity, an asset in itself.   But, again, we can’t do everything, which is why we arguably need consistent attention to whether our effort to contextualize the global present is actually reaching the student audience or whether we have diluted the linkage with other concerns.

And this is where, in recent years, I have felt the need for some reassessment, because while my undergraduate students have continued to display the usual (varied) range of mastery of the major world history periods and regions, I have become less sure of their grasp of how current patterns have emerged from the past and how the connections provide greater contemporary understanding.

To be sure, an initial criterion, and an important one, continues to be met: my survey has always had a substantial 20th-21st century unit at the end of the course (though in what for me has always been a one-semester offering, “substantial” may be taken with a grain of salt). I have always believed that it was vital for survey instructors to avoid getting so sidetracked by earlier developments or other disruptions that merely reaching World War II seemed a major achievement. After all, the decades before, say, 2015 are often the hardest for students to grasp, between their own experience and conventional textbook coverage – yet are also the most vital in bridging between present and past.

I increasingly question, however, whether simply reaching the 21st century provides sufficient connectivity to establish the past-present linkage that really makes the survey a source of genuine perspective on contemporary issues, or a preparation for active use of world history insights in the students’ futures.  We may well need to create explicit opportunities for linkage discussions throughout the course, and not just at the end – at least this is what I hope to accomplish in significantly redoing my own course (without, I must add, converting into a contemporary problems exercise: the focus on history remains central). Yet this kind of approach complicates the priorities of many current world history surveys. Hence the desirability of further discussion of the needs involved, and the potential tensions in trying to meet those needs.

For asking students to apply what we looked at in week 2, on the classical civilizations, to our discussions of contemporary regional factors in week 13 may be an over-demanding stretch unless we prepare the analysis directly in discussing the classical period. It is arguably not enough to evoke the importance (and complexity) of continuity (or heritage) in principle, and assume that students will be able to link up on their own. The challenge is twofold: first, simply retaining active memory over the multi-week span (as opposed to retaining the capacity to recall a canned definition of Confucianism or Hinduism for examination purposes); and second, knowing enough about the contemporary world to anticipate some connections early in the course.

For many students don’t know a lot about what is going on in the world today. Of course there are marvelous exceptions, among the globally motivated (some of whom, however, frequently place out of the college survey). For many able students, finding out about the surge of Hindu nationalism, or the historical evocation in the Belt and Road Initiative, or the striking recent trends in global poverty and aging, or the fascinating regional differences in response to the pandemic is a first, which is why leaving the issue of connectivity to the end of the course often falters because of the unfamiliarity of the issues involved.

This is not a declension lament: I continue to be impressed with the ability and interest of many good students. I do think it is possible that contemporary students are slightly less prepared than their predecessors in the global arena, mainly because of the decline in social studies plus modern languages and the measurable shift of the principal news media away from international coverage since the end of the Cold War. And I am impressed at the widespread belief in generational uniqueness, particularly around the impact of social media and the often unexamined idea of the generation itself, though the issues are hardly unprecedented.  But the main point is not really new: connecting global past to global present is a hard job, and this in turn is the primary reason that further attention is warranted.

The tools are familiar enough, centering on the balance between change and continuity that undergird major current trends and patterns and link them to developments at least as far back as the classical period or even the advent of agriculture. The execution centers on a combination of time and explicit attention that allows students to begin to work on the relevant connections throughout the course, so that the challenges of the final, contemporary unit are at least somewhat familiar.

But this is where linkage needs bump up against two other, and recently more widely touted, world history goals. For creating a bit more space for more consistent linkage discussions, around change and continuity, means at least some reconsideration of coverage aspirations and, possibly, the amount of time available for analysis of sources.

We know from the recent agonies over the chronological redefinition of the Advanced Placement world history course that coverage revisions can be truly painful: it is demonstrably easier for historians to add than to subtract. Many world historians have a commendable desire to include as many regional experiences as possible, particularly those developing outside the West, and the current interest in racial and ethnic identities adds further fuel. An interest in pushing far back in time also runs deep. Again, however, we can’t do everything. There is no formula for the tradeoffs involved, but it may be desirable to experiment again with recombinations that can meet a goal of regional adequacy and chronological depth –certainly including a starting point well before 1500 – in order more fully to address the historical contextualization of the present.

A passion for work with sources runs deep as well, and may well have increased in recent years; and there is certainly no justification for pulling back entirely. Indeed, juxtaposition of sources may be an excellent way to support discussions of change and continuity, while contributing to the student skill set as well. Here too, however, there may be some need to cull a bit: too much attention to sources, though worthy in itself, may distract from the larger analytical goals, where, among other things, dealing with some relevant and challenging secondary interpretations may be more useful, while contributing to students skills as well. There are limits to the kinds of developments, particularly over time, that source work can easily explore.

The issue, again, is priorities. World history surveys must help introduce students to a wider past, but in my view it should be a past that actively sheds light on the present – and that takes work, and requires consistent attention as the course unfolds. If this is agreed – and again this is worth debate – then we also need discussion about what kinds of contemporary patterns particularly merit attention and about how ensuing analysis of change and continuity can best be promoted. The result will not change the survey beyond recognition, but it may help students understand why we are urging attention to the subject in the first place and how it can be an ongoing resource in sorting out the complexities of the world around us.