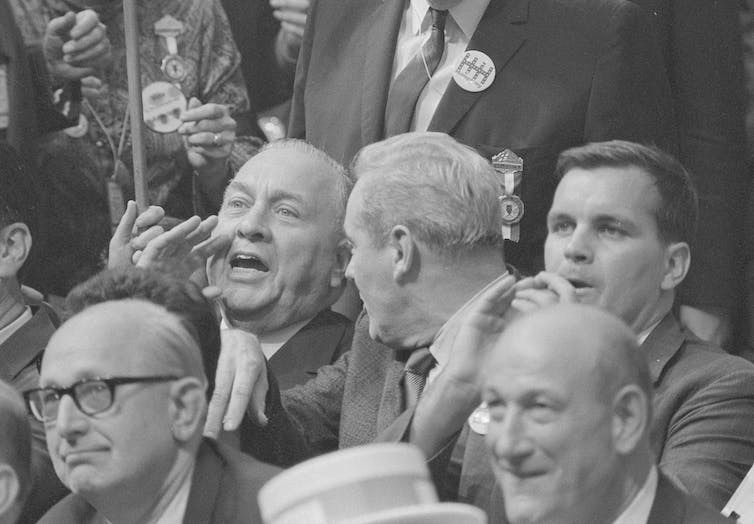 When the Associated Press fired Emily Wilder for violating its social media policy, it caused a firestorm in the media industry. Critics noted that the firing came only days after GOP activists called her biased, re-animating an ongoing debate about how responsible news organizations should deal with such accusations.

Wilder’s alleged violations had nothing to do with her reporting. As a student at Stanford, she had been sympathetic to the Palestinian peace movement. After being hired by the AP, she also questioned, in a tweet, how the media framed its coverage of the Israeli-Palestinian conflict. This was enough to feed a right-wing social media frenzy that eventually led to a story in the conservative Washington Free Beacon containing the claim, “AP’s objectivity in question.”

Without pointing to anything in her work, management, within days of partisan attackers going after her, fired her to protect the AP from the appearance of bias, and told Wilder in its dismissal letter that the campaign against her prompted a probe of her social media conduct.

The AP has acknowledged that “mistakes of process” were made in the way they handled the situation but despite that, the outcome would have been the same.

Regardless of how the decision was made, this isn’t the first time that a news organization has validated the smear campaign of a special interest group by giving them exactly what they wanted.

For half a century, crying bias has been a strategic communication tactic used against newspapers and broadcasters who strive to adhere to professional norms of dispassionate objectivity. It’s like kryptonite for responsible news organizations: the stronger their piety to journalistic ethics and the ideal of objectivity, the more vulnerable they are to accusations made in bad faith.

The emergence of journalistic norms

In broad strokes, the idea of journalistic objectivity dates back to the mid-19th century, a time when most newspapers were decidedly partisan.

That’s when terms like “neutrality” and “objectivity” started to appear in textbooks for students learning the trade, alongside ideals deemed crucial to a democratic press: verifying facts, being a watchdog and holding the powerful accountable. 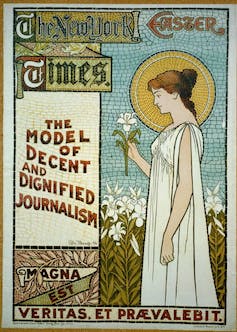 An 1896 ad for The New York Times reads, in Latin, ‘The truth is great and will prevail.’

Interestingly, many scholars have linked the emergence of a neutral, objective news style to the rise of the AP after the Civil War.

Because the AP operated then and operates now as a service that gathers and distributes its stories widely to newspapers and readers with a variety of political allegiances, there was a market imperative for the journalists to make their reporting acceptable to all.

Other scholars say The New York Times embraced an objective style that prioritized neutral information over storytelling to distinguish its news product from the sensationalist “Yellow Journalism” pushed out by media mogul William Randolph Hearst.

The ‘Truth Trust’ beats back attacks

It wouldn’t be long before other outlets would try to knock the AP and the Times off their mantle of objectivity.

During the Progressive Era, muckrakers, who were reform-minded journalists, tried to counter the dominance of the AP and The New York Times by crying bias against both outlets for favoring the interests of the powerful against those of the public.

In 1913, Max Eastman, editor of the socialist magazine The Masses, called the AP a “Truth Trust” and accused it of bias against labor in its reporting on mining strikes in West Virginia and Colorado. The AP responded to this allegation by using its political leverage to have Eastman charged with criminal libel.

Upton Sinclair, in his scathing attack on mainstream journalism, “The Brass Check,” details how the district attorney justified the indictment. Because Eastman had accused the AP of intentionally suppressing and concealing facts to readers of its 894 newspapers, he had thus impugned the AP’s objectivity – and, in doing so, satisfied the elements for a charge of criminal libel.

Journalism historian Michael Schudson argues that most mainstream media outlets adopted the AP and The New York Times’ style of objective reporting after World War I. Exhausted and demoralized by the amount of propaganda churned out at home and abroad during the war, newspapers turned to reinforcing professional ethics. That’s when they adopted a dispassionate writing style and started labeling opinion as a different type of writing located on a special page.

When news moved beyond the printed page to radio in the 1930s, the newly created Federal Communications Commission took its cues from Progressive Era reformers and affirmed that unbiased objectivity was the best way to serve democracy.

“The public interest can never be served by a dedication” to a broadcaster’s “own partisan ends,” the commission argued. Democracy depended on “fairly and objectively presented” news.

In addition to FCC regulation, there were strong market imperatives for television news divisions to report in a dispassionate objective style. Mainstream broadcasters had to appeal to the widest possible range of opinion so as to attract advertisers. The best way to avoid what media critics Noam Chomsky and Ed Herman called “flak” from advertisers was to present the news without taking a position on it.

The powerful weaponize charges of bias

But while good faith muckrakers cried bias in the name of protecting the public from those with the most power, powerful special interests soon found it worked for them, too.

After the 1968 Democratic convention, Chicago Mayor Richard Daley showed the effectiveness of crying bias as a way to manipulate the media and neutralize the value of public interest journalism.

Networks had been critical of the Chicago police department’s violent response to protests. Yet Daley demanded free airtime to respond to what he called “biased coverage.”

Mostly, he got what he wanted: Broadcasters bent over backwards to prove they were unbiased, and Daley got time on TV to frame protesters as the villains. 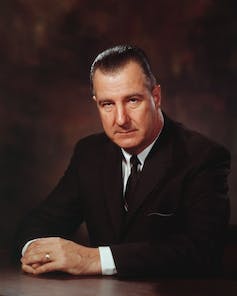 Daley demonstrated that news organizations who took their craft seriously would overcompensate if accused of “liberal bias.” The strategy was quickly weaponized, deployed by politicians like Spiro Agnew, who denounced journalists critical of the Vietnam War as “nattering nabobs of negativism.”

For partisans with no investment in neutral objectivity, crying bias became a way to, as journalist and historian Eric Alterman describes it, “work the ref.”

By the mid-1980s, Ronald Reagan’s pro-corporate FCC had gutted the Fairness Doctrine and any requirement that media serve the public interest. By prioritizing commercial broadcasters’ rights to free speech over the public’s right to have accurate news, the move unleashed a market for infotainment that cashed in on audiences more entertained by angry jeremiads than ethical journalism.

Trailblazing shock jocks like Rush Limbaugh built their brands railing against boring mainstream news anchors. The entertainers who followed his lead masked their ambitions and own opinions by accusing reporters with piety to public interest journalism of having liberal bias.

Since then, many mainstream networks have gone out of their way to appear to be giving “both sides” a chance to speak. In some cases, this approach is admirable – an in-house continuation of the policies promoted by the Fairness Doctrine. But it can easily slide into legitimizing bad faith communication, and it’s been disastrous in the coverage of important issues like climate change.

The future of a democratic press

Today, crying bias is the go-to tactic for neutralizing critical reporting and eroding trust in competitors. A search on Fox News’ platform produces over 18,000 articles and videos about media bias.

Though right-wing media outlets and personalities appear to use the tactic the most, they certainly aren’t the only special interests doing so.

Back in 2001, New York Times reporter Barry Meier wrote 13 stories revealing Purdue Pharma’s questionable marketing of OxyContin. Purdue cried bias, calling the reporting “sensationalized and skewed,” while arguing that since Meier had published a book on OxyContin, there was a conflict of interest. Though the Times stood by the reporting, editors moved Meier off the story to avoid the appearance of bias. Twenty years and a guilty plea later, we know that Meier reported the truth. Yet the charge of bias put The New York Times on the defensive.

So what’s to be done when political actors cry bias in bad faith?

One solution could be to offer more protection to journalists who are the target of smear campaigns, as some of the AP’s reporters argued the organization should have done in the case of Emily Wilder.

Instead, management seems to have done what scholar Jay Rosen has criticized NPR and other mainstream journalists news outlets of doing: taken refuge to protect themselves from criticism instead of seeking truth to serve the public interest.

Democracy’s survival depends on journalists boldly doing the latter no matter how loud special interests complain. For when news organizations worry more about protecting their brand than their dedication to truth, their bad faith foes get what they want.