Escape as Resistance for Enslaved Women during the American Revolution

Karen Cook Bell is Associate Professor of History and Chair of the Department of History and Government at Bowie State University.  She is the author of Running from Bondage: Enslaved Women and Their Remarkable Fight for Freedom in Revolutionary America (Cambridge University Press, 2021). 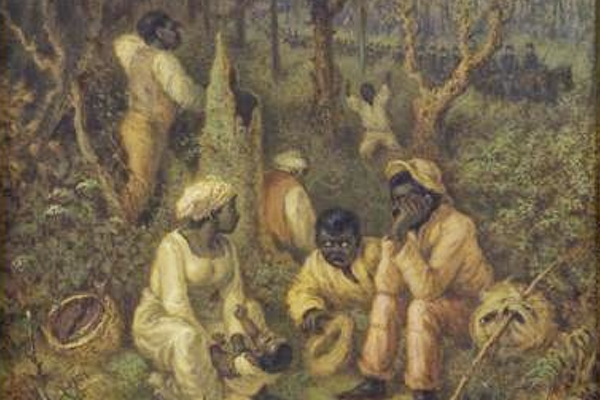 The Great Dismal Swamp spanning Virginia and North Carolina was a site of freedom for many escaping slavery, including women.

Historians once considered Black participation in the American Revolution to be marginal, however, over the past five decades, numerous books and articles on this subject have dispelled that idea.  Black participation in the American Revolution is now an integral part of the story of American freedom.  However, the experiences of Black women who fled slavery during the American Revolution have largely gone unexamined.  A part of the reason why is because historians had previously ignored the experiences of Black women during slavery.  This began to change with the publication of Deborah Gray White’s book Ar’n’t I a Woman in 1985.  However, even with this publication the consensus in the scholarship was that Black women did not flee bondage because of family ties and responsibilities.  In essence, their positions as mothers and wives prevented them from escaping slavery.  However,  motherhood often served as a catalyst for attempted escape during the American Revolution, a time when chaos of war and the break-down of authority made escape possible for Black women in the North and South.  Enslaved women had as much incentive to run away as did men, and perhaps even more since they were abused physically, sexually, and psychologically.

Running away was a revolutionary act of resistance because it indicates that, despite the punishments and penalties White society put in place to punish runaways, enslaved women as well as men rebelled against slavery through one of the most significant expressions of

Black rage and discontent: running away.  The penalties for running away included branding, having one’s ear cut off, having a limb cut off, and being whipped; for men it also included castration.  The figures for how many enslaved women escaped bondage are not definitive because not every runaway generated an advertisement.  Thomas Jefferson estimated that Virginia lost 30,000 slaves to escape while historian Herbert Aptheker estimated that 100,000 slaves in total escaped bondage during the American Revolution.  Of the 100,000 who escaped, 1/3 were fugitive women.  While some scholars contend that these figures are inflated, the fact remains that thousands of enslaved people, including women, self-emancipated during the American Revolution. Black women’s resistance matters in the historical discourse on slave resistance because historically resistance has been understood as an experience belonging exclusively to Black men.

How enslaved women ran is just as informative and intriguing as why and where they ran. They did not run haphazardly into the woods, but established creative and subversive escape strategies. Enslaved women disguised themselves as waiting boys and men, faked physical and mental illness, impersonated White women, posed as Black male soldiers, served as spies, and boarded ships headed to northern cities.  There were regional variations and similarities in the flight of enslaved women during the Revolution.  Women who escaped from South Carolina and Georgia sought to escape to Spanish Florida, where the Spanish provided freedom and refuge for escaped slaves who reached St. Augustine.  They also found refuge with British troops following the Southern Campaign of 1779. In Virginia and Maryland, enslaved women sought to reach Philadelphia, which came under the control of British forces in September 1777, as well as other northern destinations.  In the northern and New England colonies, women sought to reach British forces during the early campaigns of the war and also endeavored to reach New York city.  In each of these regions, fugitive women also sought to pass as free women.

The American Revolution was based on the premise of freedom for the colonies from the control of the British monarchy.  The ideals embodied in the Declaration of Independence that all men are created equal and have the right to life, liberty, and the pursuit of happiness resonated with enslaved women who used the rhetoric of the Revolution to claim their right to freedom.  Women heard about these ideals from listening to the conversations of their enslavers as well as through the slave grapevine which carried news from plantation to plantation. The American Revolution brought into sharp focus the paradox of slavery and freedom. African American women contributed mightily to the story of American Independence. They believed in the independence of the individual. They valued in the most fundamental way what Thomas Jefferson and others would identify as inalienable rights.

During the post-Revolutionary period, women faced significant obstacles to freedom.  Article IV, Section 2 of the U.S. Constitution provided for the capture and return of runaways.   The Fugitive Slave Act of 1793 gave enforcement power  by allowing enslavers to capture and return their runaways.  President George Washington used the act to pursue his runaway slave Ona Judge, who escaped in 1796 from the Washington’s home in Philadelphia, which was then the nation’s capital.  Ona successfully escaped to New Hampshire where she lived out the remainder of her life until she died in 1848.  After several attempts to recapture her, the Washingtons eventually gave up their pursuit.

The Revolutionary War increased marronage as runaways found it advantageous to form communities in the swamps and woods.  In maroon societies, which were located in the swamps and deep woods of North Carolina, South Carolina, Georgia, Florida, and Louisiana women found refuge and the freedom to live as mothers and wives.  Although they faced challenging and inhospitable circumstances, the freedom to live independently outweighed those circumstances.   The largest maroon society was in the Great Dismal Swamp, located between Virginia and North Carolina, but there were others located on Belleisle near Savannah, Georgia, the Lower Mississippi Valley, and Prospect Bluff in Florida.

The escape of ordinary Black women is essential to understanding how women built a culture and a politics of resistance to slavery. Through ingenuity, countless enslaved women chose to abscond, providing evidence of their internal fortitude to think critically under pressure in the midst of gendered, racialized, and vulnerable moments in history. Under the daily threat of bodily harm, they imagined the possibility of freedom and transformed that possibility into a lived reality. In doing so, they outsmarted those who sought to subjugate them.