Bernice Lerner, Ed.D., is the author of All the Horrors of War: A Jewish Girl, a British Doctor, and the Liberation of Bergen-Belsen and several works on the Holocaust and virtue ethics. She is a senior scholar at Boston University's Center for Character and Social Responsibility and the former dean of adult learning at Hebrew College. 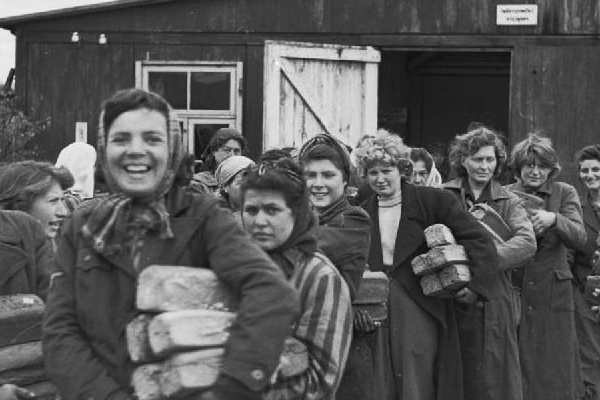 In the summer of 1945, the Swedish Red Cross, in a humanitarian mission, brought seven thousand survivors of Bergen-Belsen to Sweden. Malnourished, suffering from infectious diseases, and unable to return to their former homes, these individuals would be given medical treatment and the chance to recuperate. In September, the country’s foreign commission issued an order for the young among them to be offered some schooling—subjects and methods were unspecified. Eli Getreau, a caretaker of Jewish women’s refugee camps, set about recruiting and registering those under eighteen for ten internat (international) schools in various locations. He hired personnel for the one he himself would lead.

Nearly one year later my mother, then sixteen, was finally well enough to join fifty-five other girls in Getreau’s school in Smedsbo, a remote hamlet 124 miles northwest of Stockholm. By that time, Eli and Alika and Valli (two survivors who had been teachers before the war) had achieved success in reaching many of the disillusioned, pessimistic, and bitter teenagers. They displayed, foremost, sensitivity and compassion. They knew the girls had much to worry about. How and where could they make their future lives? How would they take care of themselves? Might a loved one have survived? Would they survive the almost invariably crushing news at mail time, when no letter came for them, when none of their relatives were on the International Red Cross lists of survivors?

Smedsbo’s students hailed from diverse prewar backgrounds. They were the children of teachers, tradesmen, business owners, and laborers. They came from cities or small towns or rural areas. Some had attended Jewish schools. Some had gone to public schools until barred from them by anti-Semitic laws. Most were from Czechoslovakia, Hungary, Poland, and Romania; there were also a Greek and an Italian among them.

The students’ differences paled against what they had in common. All had had their education interrupted. All had been brutally separated from their parents and lived under the constant threat of death. Most had arrived in Sweden after the war underweight, and most had tuberculosis and had been or would be hospitalized. They carried the trauma of their recent past. One girl had sorted the clothes of her friends who had been forced, naked, into a gas chamber. One saw a Nazi break her brother’s bones with a baton. Another, whose two sisters died in her arms, had a nervous breakdown. My mother, near death herself, had to drag corpses to a mass grave.

Initially, the students had to adjust to the school’s astonishing policies. In Smedsbo, the teachers were called by their first names. Self-governance meant that the teens chose the subjects they wished to learn and whether or not to study or participate in activities. They voted on every issue. (How to rotate available rugs among bedrooms engendered great debate.) In this antithetical-to-authoritarian-rule environment, their teachers made no demands, issued no commands, meted out no punishments.

The girls’ initial wariness gave way to appreciation. When would they again have such opportunities? They forged closed friendships, took responsibility for their own learning, and began to trust that the world had something other than terrible things in store. They staged plays, threw parties, and celebrated holidays.

But challenges persisted. Some belligerent students tested their teachers. They called them lazy and unworthy of respect. They let loose with explosive language. Eli, Alika, and Valli resolved to be neither patient saints nor martyrs. United in their goals, they all wanted to help the orphaned teens become agents of their own lives. They encouraged adaptability to the conventions of a “normal” community. They fostered self-respect and tolerance and kindness toward others.

Long, personal conversations helped the teachers to gain the girls’ trust. Though often regarded as parental figures, they were careful to offer only suggestions and examples, not solutions to problems. In response to advice seekers, they frequently asked What do you think? What would you do?

To relieve students of hatefulness, the teachers broadened their intellectual horizons, inspiring them to find goodness and beauty in the humanities. In Smedsbo, courses were not part of any traditional curriculum. Religion, theater, and classical music awakened appreciation of cultural treasures and wisdom. Child development (a way into sex education), current events, and politics sparked conversations that mattered.

One alumnus later wrote that each Smedsboite was “a riddle.” My mother, terribly shy, would not recite poems or raise her hand in class. When she did attend meetings, she refrained from voting on issues or weighing in on current events. She felt intimidated by gregarious classmates. Her teachers asked her why she looked sad and invited her to come talk with them.

My mother absorbed Alika’s lively lessons on the stories of operas. She appreciated Valli as a patient teacher of Hebrew and history. On Saturday afternoons, when Eli played Dvořák’s New World Symphony on the gramophone, she closed her eyes and imagined the scenes that inspired the composer’s creation.

Seventy years later, my mother, in her Long Island home, far in time and place from the small school in Sweden’s Dalarna region, translated Eli Getreau’s thesis from Swedish to English. In “Practical Pedagogy at a Boarding School: Experience from work with young people who were in concentration camps” Getreau wrote, “There is reason to bring our work with a small group of survivors to light. Maybe our experience will be of interest.” The bottom line, he noted, was that the students’ problems were not much different from those of other teenagers. Trauma and distress are matters of degree.

Maybe today’s educators, parents, and policy makers will find a measure of practical wisdom in this case study. Maybe Getreau was right—what happened in a faraway place and time, in Smedsbo, will be of interest.