For 2022, the Democrats Don't Have an Alternative to Embracing Left Populist Energy

Wallace Hettle is Professor of History at the University of Northern Iowa and author of Inventing Stonewall Jackson (Louisiana State University, 2011). 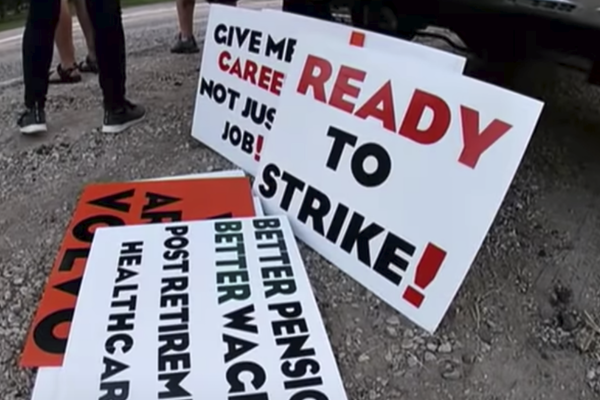 With the help of business-oriented Republicans, Democrats have passed an infrastructure bill.  If that does not sound exciting to you, that is because nothing is more boring than infrastructure bills.  Little wonder the Democrats have an enthusiasm gap. They fear that they will lose control of Congress in 2022.   They probably will.  In recent history, incumbent parties have lost in mid-term elections.  One needs only think of Donald Trump in 2018, Barack Obama in 2010, or Bill Clinton in 1994.    To avoid such a fate, progressives need to do something different. They need to organize. But how?

The Populist movement offers one answer.  Lawrence Goodwyn’s classic, The Populist  Moment, emphasized how Populists in the 1890s created a “movement culture”  to earn a chance for fundamental change.  Rural people, especially before cars and telephones became widespread, were isolated from their neighbors. The Populists responded with picnics, camp outs, and speakers who helped explain their plight and its remedies.

By creating a movement culture, they found a way to link together rural communities to then- radical political goals such as adopting greenback currency, controlling the high shipping rates set by railroads, and building farmer-owned agricultural cooperatives. The Populists lost the key election of 1896, in part because of an ill-considered fusion with Democrats. With Democrat William Jennings Bryan at the top of their Populist ticket, they lost sight of their origins as a radical movement.

Today’s Republicans understand the importance of building movements.  For one thing, they have issues to galvanize their core supporters. They have retained their sense of grievance over the supposed chicanery of the 2020 election.  They remain preoccupied with seemingly disparate issues:  mask and vaccination mandates, the 1619 Project, critical race theory.  Republicans have effectively linked this basket of fears together under one umbrella: defending the family against an intrusive government.

And now they are building a movement. Republicans are energized with the kind of activism that one might associate with the Tea Party.  They have disrupted school board meetings and treat Trump rallies like free rock concerts.  The Republicans aren’t waiting for the midterm elections—their base is active now.

For progressives, the Populist moment should continue to inspire. Progressive politics emerged during the 1930’s, and, like the Populist party, emerged almost spontaneously.  Their mood was embodied most notably by sit-down strikes, beginning in Flint and Akron, as unions spread across the country.  The impact of workers on the ground was buttressed by the Wagner Act, which acknowledged the right to organize unions.

In the 1930’s, Communist Party activists had an extraordinary amount of enthusiasm.  Their energy allowed them to have an impact beyond their numbers. They led sit-down strikes, fought evictions, and denounced racism.

In the 1960s, the Democrats successfully tied themselves to the Civil Rights Movement. Its vibrant activist  culture riveted African-Americans and trade unionists across the North.   The movement pushed Johnson to sign the Voting Rights Act, the Civil Rights Act, and legislation creating Medicare.

Like Civil Rights, the movement to end the Vietnam War was led by ordinary people.   The phenomenon was new enough that the media used a new term:  “the grass roots.” Can progressives build the grass roots again?

In some ways, they already have. Over the last few years, we have seen the growth of Occupy Wall Street. It protested corporate control of the economy and started calling the rich by a new name:  the 1%.   MeToo and Black Lives Matter have changed popular discussion of gender and race issues crucial to solidarity among workers.

Lest we forget, in 2016, the Democrats nearly nominated a  democratic socialist, Bernie Sanders.  He was backed by small donors and fueled by the energy of volunteers.  Highlighting his connection to movements, he channeled the ideas of Occupy Wall Street, which were pitch-perfect for reaching young voters.  Even more effective was Alexandria Ocasio-Cortez, our first truly social-media savvy politician. All of this ferment has been led by the grassroots, this time mobilized both in person and on social media. Now, workers are striking against their employees in numbers unmatched since the 1940s.

Still, Trump Republicans have built a seemingly formidable movement culture. They meet online, and attend rallies religiously. Their biggest strength is Donald Trump; he is the glue holding them together.  But he’s not super-glue.  Instead, he resembles Elmer’s school glue. He can stick glitter onto construction paper, but it might only stick for a couple of hours.

Notably, Trump is a one-term president.  He was once an Incumbent, and incumbent presidents have advantages, from framing debates, cutting taxes, signing executive orders, and cultivating donors. It helps most of them to win a second term. Barack Obama did that. So did George W. Bush and Bill Clinton.

Trump tried to win reelection, and in spite of his incumbent status, he failed. If Trump can pull off winning another term, he would be the first to win non-consecutive terms since Grover Cleveland. MAGA could actually mean Make America Grover Again.  It does not sound that inspiring.

Trump dominates the opposition party, but he is still playing with a weak hand.  Democrats cannot take things for granted.  They need the kind of energy that comes from movements, from people working together. It means taking risks.   After all, volunteers animated by climate change or the student loan crisis will not always follow a poll-tested script. But they could do something better:  surprise the pundits and win the midterms.