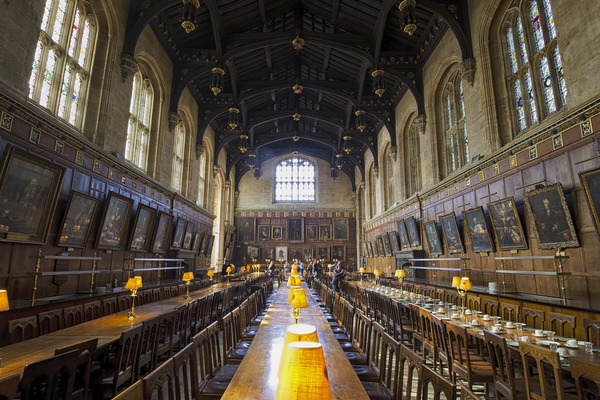 Universities are somewhat ancient institutions, with centuries-old roots. And for much of their history, they have been slow to change and adapt. This has been part of their charm and part of their struggle. Oxford University became significant in the twelfth century, when Henry II forbade English students from attending the even older University of Paris. But English literature was not studied in English universities until the nineteenth century. Even in the mid-20th century, many universities were still very slow to make significant changes. It was in 1972 that Ngugi wa Thiong’o proposed to abolish the English Department at the University of Nairobi in order to center African languages and literature. His groundbreaking essay is still read by students. But it is nothing today for a university to create a new program or a new major. We are far from the era when it was considered indecent to be an “innovator.”

Many of the changes that have happened in higher education in the last fifty years have been positive, as both the number of students and number of options for education have increased. We have more majors in more places as universities have multiplied and become more aware of themselves as participants in markets. But the late twentieth century college gold rush is hitting a rough patch with a declining student population and a COVID slump. Colleges are competing more than ever to deliver products to a marketplace of students, and sometimes behaving like prospectors and speculators. Unfortunately, experimentation and exploitation seem to be advancing hand in hand.

If once universities moved slowly on adding new majors and programs, now innovation in those areas is seen as a sign of excellence and a tremendous money-making opportunity. At times, it certainly is both. There are jobs that exist today which did not exist twenty years ago and for which a recently crafted major may be ideal. There are certificate programs that help working professionals with continuing education and career advancement. But there is also an overpowering temptation for schools to rapidly create programs, often online, which are inferior to existing programs and do little more than generate income for the university. Recently a Wall Street Journal article made the rounds about the University of Southern California’s online master’s degree in social work. The tuition is $115,000, leaving most students deeply in debt, and, tragically, graduates typically earn less than those from other schools in the state. Programs like this are all too common and all too popular among “big name” schools. Of course, there are also schools whose entire existence is built on the promise of a degree, one which does not actually deliver.

In other cases, the academics are strong but universities imperil themselves in their attempt to better conform to business models requiring rooms full of executives. Academic programs are increasing but instead of hiring more academics, universities hire more administrators. Some of the best schools in the country are suffering from administrative bloat in their attempt to ape middle management. The “managerial and professional staff” at Yale University have increased 44.7% since 2003, now rivaling the number of students. Johns Hopkins, too, has a remarkable number of administrators and vice presidents. The administrative explosion has real financial impact on students and faculty. And, as François Furstenberg points out, this growth reflects “consolidation of administrative power in the hands of corporate executives” while faculty power on campus is increasingly anemic. Is this the best way forward?

In today’s higher education marketplace, unsavvy students can be easily taken advantage of and universities can easily overextend themselves. The stakes are very high in the scramble for students and donors. Universities must adapt to our economic environment. But, more than ever, universities need to consider the case for thoughtful growth over unchecked expansion. This can help guarantee survival and help maintain the successful learning outcomes that are at the heart of university missions.

If universities are conscious of themselves as competitors in a market, they ought to more closely consider best business practices. Product launches should follow intensive product development. And degrees that aren’t worth the money ought not to be offered. This leads to brand dilution, for individual schools and the entire enterprise of higher education. It should also be remembered that our product has a high price point. Universities are not startups running on investor capital. Students are investing significant amounts into education. In fact, we all are. Many of the most exploitative programs are reliant on students receiving federal financial aid. And when a school goes bust, it leads to federal loan forgiveness. If universities would like to run their own affairs, without excessive government intervention, they have an obligation to adhere to responsible business practices.

If universities look to corporations for models, they ought to consider what types of companies they can and should resemble. In the middle of COVID, The New York Times ran an article about a mochi shop in Japan that is over 1,000 years old. The shop has succeeded “by putting tradition and stability over profit and growth.” Universities that are concerned about survival need to think more than short-term. The best way to live on is to create something that can last. And universities have proven themselves capable of surviving all kinds of times. The University of Bologna was founded in 1088 AD and is still going. Universities need to call upon, not ignore, their institutional memory as they encounter the marketplace. They are non-profit educational institutions whose identities are meant to be lasting. They will look different from Fortune 500 companies, full of vice presidents and new product lines.

Most universities do not have the endowment to be passive in these times, but many universities are overlooking some of their best assets—and exacerbating their liabilities—rather than using their unique advantages. To stay competitive, colleges continue to create and fill new mid-level positions. Meanwhile, their most traditional employees—faculty—are, in some cases, uniquely qualified to help with challenges. Universities often have business and marketing faculty on campus, but fail to consult them for their expertise or integrate them into university leadership. Universities teach history, philosophy, and ethics, but routinely make decisions that fail to consider those subjects. There are analytics experts and computer science faculty on campus but instead many schools hire consultants who are less qualified than the people across the quad. When university leadership is blinded by an employee/management mindset or overly dismissive of faculty governance, colleges miss out on collaborative solutions and collective insights that are uniquely available and can be remarkable. What other organization has employees with such wide-ranging areas of expertise?

Thoughtful and considered growth will also mean embracing, or even imposing, some limits. Charlie Munger’s windowless dorm rooms made headlines recently, but universities routinely allow donors to determine the shape of their future. Generous donors can create and sustain programs and projects that do little to enhance the mission of the university or for which there is little natural demand. There are cases in which slower growth is more sustainable. All too often, colleges are like startups: so hungry for capital they fail to remember that investors can change the course of things. Universities need outside assistance, but they still need to be discerning in what they accept from donors. In some cases, more limited growth will mean more lasting institutions.

There are many problems with a consumer model for higher education, but any model which fails to consider the value given to the student is flawed. If those who manage retirement accounts are considered to bear much responsibility, how much more responsible are those who provide the education that is often the foundation for a lifetime’s income? There are no excuses for exploitative programs. Students need good classes. And while students may come and go in a few short years, they want to graduate from a school which will have a good reputation for a long time. The pursuit of short-term institutional gains is not consistently good for graduates. Higher education cannot forget its higher calling.

Many American universities cannot survive without adaptation and adjustment in our economic environment. But in their quest for innovation, too many are ending up overextended or exploitative. If universities behaving more like businesses is the future, we must then aim to imitate sustainable businesses which understand and utilize their unique advantages. Our institutions can achieve survival without shortchanging their missions. There is a real case to be made for thoughtful and considered growth, within limits and with affection for the long legacy of universities.