The Value of a "Greater Chaco" National Park

Richard Moe is the former president of the National Trust for Historic Preservation and board member of the Conservation Lands Foundation. 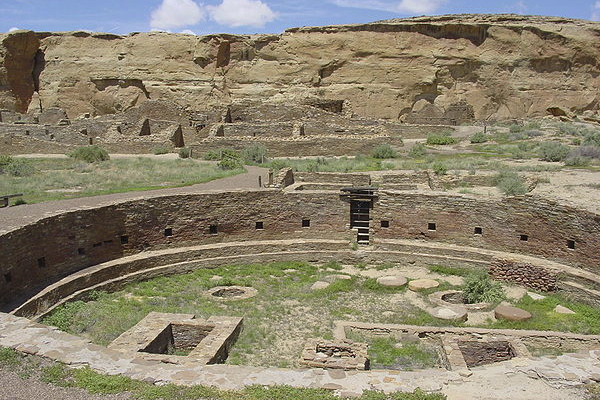 When President Biden recently announced his intention to ban mineral leases for 20 years within a 10-mile buffer zone around what is now called Chaco Culture National Park in northwest New Mexico, he continued a process begun more than a century ago when President Theodore Roosevelt invoked the Antiquities Act in 1907 to declare Chaco Canyon a national monument. The 114-year interval proves once again that even some of our most sacred national treasures remain at risk, years after we think they have been saved.

Roosevelt saved Chaco from looters, and Biden is now saving what is called Greater Chaco from drillers (of oil and gas). It is estimated there are about 4,000 documented indigenous sites within the buffer zone, many of which—plus others not yet confirmed—would be seriously damaged or lost altogether if oil and gas drilling were allowed to continue unabated.

The 20-year drilling moratorium allows the Interior Department to undertake a comprehensive study of the buffer zone to locate and document cultural sites, which could be ruins of great houses, sacred sites, or roads.  DOI has been known to undertake surveys that have been quick and cursory, sometimes to accommodate lease applicants; there is no reason to hurry this one because there are years to do it, and there is so much at stake.

Thus, it is essential that Interior undertake a very thorough study, including extensive consultations with the pueblos and tribes, involving ethnographic studies and oral histories; and consultations with objective outside groups such as Archeology Southwest and the Solstice Project. Interior should also employ the latest technologies, such as Light Detection and Ranging (LIDAR) and 3D modeling, that can penetrate foliage and sometimes shallow dirt.

All of this is essential if we are to honor the indigenous Americans who built a remarkable civilization between roughly 850 and 1200 AD, including the designing and building of at least 25 “great houses,” the largest of which was Pueblo Bonito, containing 600 rooms on multiple stories. We know little about the people who lived there -- even whether they lived there – but rather lived elsewhere and traveled to Chaco for trade and ceremonial purposes. They had no written language, but they had a deep appreciation for the cosmos and celestial patterns based on solstices.  Their understanding of these phenomena was so sophisticated that some believe they had knowledge that has been lost to us. Seeking that knowledge cannot hope to be successful without saving Chaco and its environs. . . and it still may never be successful.

The most compelling reason to save these places, however, is that they are sacred to the descendants of those who frequented Chaco until the 13th Century and who have lived in pueblos like Acoma or Laguna or a dozen others ever since. They visit Chaco to encounter the spirits of their ancestors. My friend Brian Vallo, the governor of Acoma Pueblo, said recently, “The cultural landscape of Chaco is just so significant to the continued practice of our Indigenous religion and way of life.” Many Puebloans believe that a sublime encounter with the spirits of their ancestors would be virtually impossible if the area was encumbered by oil rigs, heavy-duty trucks, and nonstop noise, which they would see as a profound disrespect to their ancestors.

There are several other aspects to Biden’s decision that make it so significant: First, it dramatically underscores the legitimacy of saving “cultural” resources, that is, the archeological ruins of man-made structures or objects that can inform our understanding of the distant past. Until very recently most major US conservation organizations limited their vision to saving only natural resources at risk. Now The National Trust for Historic Preservation and the Conservation Lands Foundation have cultural resources squarely within their missions.

Second, it means that Prsdident Biden has been willing to address seriously the concerns of Indigenous Americans, probably more so than any of his predecessors. He has already reversed the decision of the last administration to reduce the size of Bears Ears and Grand Staircase-Escalante national monuments. He made his Chaco announcement at a two-day Tribal Summit at the White House, where he also addressed such issues as violence against Indigenous Americans, health care, and the creation of a White House Council on Native American Affairs.

Third, it reminds us of the importance of cabinet appointments, in this case that of Deb Haaland as Secretary of the Interior, the first Indigenous American to hold that office so critical to the tribes. As a member of Congress, she advocated strongly for the Chaco decision as well as restoration of the national monuments, as Mr. Biden knew she would. “Chaco Canyon is a sacred place that holds deep meaning for Indigenous peoples whose ancestors lived, worked and thrived in that desert community,” Ms. Haaland said last week; “Now is the time to consider more enduring protections for the living landscape that is Chaco so that we can pass on the rich cultural legacy to future generations.” Those are the words of cultural leadership at work, and the person who uttered them, who made this decision possible.