Attacking Iran would be a Catastrophic Mistake for Israel

Dr. Alon Ben-Meir is a retired professor of international relations at the Center for Global Affairs at NYU. He taught courses on international negotiation and Middle Eastern studies for over 20 years. 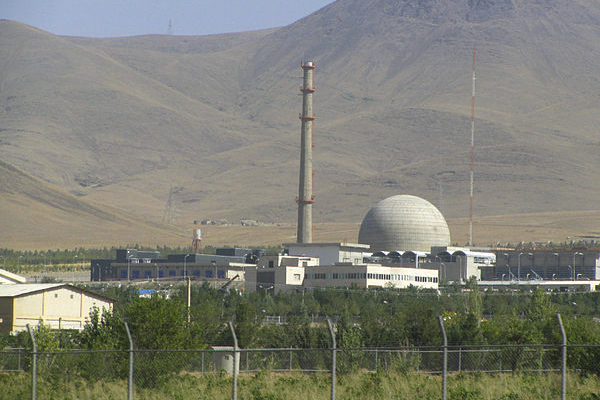 Regardless of a success or failure to reach a new agreement with Iran, Israel must not attack Iran’s nuclear facilities and must work closely with the US to develop a joint strategy to curb Iran’s ambition to acquire nuclear weapons and potentially end the conflict with Iran on a more permanent basis.

Israel’s repeated threats to attack Iran’s nuclear facilities irrespective of any outcome in the negotiations in Vienna between the P5+1 (France, the United Kingdom, Russia, China, the US, and Germany) and Iran is a recipe for disaster. Prime Minister Bennett’s argument that Israel will not abide by any agreement, not only because Israel is not a party in the negotiations but because Israel alone will determine what’s best to safeguard its national security, is a fallacy. Given the complexity and the far-reaching implications of a potential Israeli attack, the only proper path to address Iran’s nuclear program is by fully coordinating and developing a joint strategy with the US to deal with Iran’s nuclear ambition while seeking an end to the conflict.

It is critical that the Bennett-Lapid government not repeat Netanyahu’s disastrous mistake of opposing the JCPOA, which subsequently Netanyahu persuaded Trump to withdraw from altogether. As a result of the US’ withdrawal from the deal, Iran has only advanced its nuclear weapons program—enriching a significant amount of uranium to 60 percent, which is only a short leap to enriching it to weapons-grade 90 percent, and in enough quantity to produce one nuclear weapon in short order. White House National Security Advisor Jake Sullivan said recently, “The reason we’re in the situation we’re in right now is because the previous administration pulled out of the Iran deal and we are paying the wages of that catastrophic mistake.”

Bennett’s repeated threats to attack Iran could lead to miscalculation and dire unintended consequences that Israel cannot possibly cope with on its own. Israel must work hand-in-hand with the US to address Iran’s nuclear program now and in the future, and must not resort to a military option without the full support of the US. The Bennett government must carefully consider the ominous outcome such an attack could precipitate, from which Israel as well as the entire region will suffer unimaginably.

The ominous repercussions of an Israeli attack

Israel’s repeated threats are unwise and do nothing but provide Iran ample time to prepare for any contingency. Mossad director David Barnea recently stated that “Iran will not have nuclear weapons—not in the coming years, not ever. This is my personal commitment: This is the Mossad’s commitment.” Knowing the Iranian mindset, such a statement is counterproductive and does nothing but stiffen Iran’s position. Even if Israel is planning such an attack, advertising it repeatedly in advance drastically undermines its effectiveness.

Iran is already fortifying its air defenses, especially around its nuclear facilities, and putting in place offensive capabilities that can exact a heavy price from Israel should such an attack materialize. Indeed, Israel can inflict a devastating blow on Iran’s nuclear facilities, but it cannot destroy all of them nor the Iranian knowhow. Such an attack, however overwhelming, would only set back Iran’s nuclear program for two to three years.

It is a given that an Israeli attack would force Tehran to retaliate directly against Israel by firing ballistic missiles that can reach major Israeli cities, potentially causing widespread destruction and thousands of casualties. Iran will also ensure that Hezbollah, which is in possession of 150,000 rockets, will enter the fray and fire thousands of rockets that can reach every corner of the country. Regardless of how effective Israel’s air defense may be, its Iron Dome and Arrow interceptors cannot possibly intercept tens of thousands of short, medium, and long-range rockets. Moreover, Hamas too may well join the fight, in addition to a third front with Syria, from where Iranian proxies will attack Israel. Israel’s economy will be shattered, and past conflagrations with Hamas alone attest to this fact.

Many Israeli military experts believe that Israel does not have the aerial capability to attack Iran more than once, nor can it destroy all of Iran’s nuclear facilities, as they are scattered around the country and several are built a hundred or more feet underground. It will require several days and multiple attacks, which Israel does not have the capability to conduct.

Although all the Arab Gulf states would like to see Iran’s nuclear facilities eliminated, they want to avoid a war because even a limited Israeli attack could engulf the entire region and beyond. In many conversations I had with officials from the Gulf, nearly all of them prefer containment of Iran’s nuclear program and deterrence spearheaded by the US to prevent Iran from acquiring nuclear weapons and to ensure that Iran will be unable to threaten or intimidate its neighbors.

Finally, whereas Israeli attacks on Iraq’s and Syria’s nuclear facilities (in 1981 and 2007, respectively) did not spread radioactive material into the atmosphere because no uranium was present, Iran has a stockpile of uranium purified to various degrees. Thus, an attack on Iranian nuclear facilities would have disastrous environmental consequences.

From the Iranian perspective, acquiring nuclear weapons would deter any aggressor, including the US, from attacking it. Iran wants to stand on equal footing with Sunni Pakistan to its east and Jewish Israel to its west, both of whom are nuclear powers. This partly explains why Iran does not bend easily and why it is assuming such a hard position at the negotiations in Vienna, even though it wants badly to have the sanctions lifted to salvage its ailing economy.

The need for a full US-Israeli collaboration

Attacking Iran without the US’ acquiescence, if not outright support, will seriously undermine Israel-US relations, which Jerusalem cannot afford. Collaboration and coordination between the two countries is and will remain central in dealing effectively with Iran. This is particularly important because the Iranian clergy wants to avoid any military confrontation with the US, fearing a disastrous outcome. Indeed, a US military assault on Iran could precipitate regime change, which the Iranian leadership fears the most and wants to prevent at any cost.

For this reason, to deter Iran, it is critical for the Bennett-Lapid government to work closely with the Biden administration and support any new agreement that may be reached between Iran and the P5+1. The Biden administration is committed to preventing Iran from acquiring nuclear weapons and Israel must trust the US to do whatever necessary to that end, especially because Israel cannot and must not act alone.

The failure or the success to reach a new agreement

Should the P5+1 fail to reach a new agreement, the US and Israel must develop a joint strategy to prevent Iran from acquiring nuclear weapons based on containment and deterrence. This includes the imposition of additional crippling sanctions, cyber-attacks on vital Iranian installations, and sabotaging its nuclear facilities, among other disabling measures. In addition, the US should make it clear that all options are on the table, including military force, which could pose a significant risk of regime change, which terrifies Iran. In addition, the US should seriously consider a strategic game-changer move by providing a nuclear umbrella to cover Israel and the Gulf states.

Should a new agreement be reached, which seems increasingly likely, it will be expected to include rolling back the number of operational centrifuges and reducing the quantity and the enrichment quality of uranium, while extending the sunset clauses beyond the original dates to prevent Iran from resuming its nuclear weapons program within a few years. In addition, a new deal will obviously restore the most stringent and infallible monitoring system to thwart Iran from cheating.

Beyond these measures, however, the US must strive to end the conflict with Iran on a more permanent basis. The Biden administration ought to initiate back-channel talks to address Iran’s nefarious regional activity, its arming and financially aiding of extremist groups such as Hezbollah and Hamas, its ballistic missile program, and its hegemonic ambitions.

In addition, due to Israel’s profound and legitimate concerns about its national security, the Biden administration must make it unequivocally clear to Iran that it must end its repeated existential threats against Israel. Iran’s clergy must understand that such threats could precipitate a disastrous conflagration—intentional or unintentional—that could engulf the entire region from which Iran will suffer greatly.

In return, if Iran embraces such a moderate path, the US should promise publicly that it will not seek now or at any time in the future regime change, which for the clergy is a do-or-die proposition. Moreover, the US would embark on a gradual normalization of relations on all fronts.

To be sure, when there is a breakdown in any conflict there is often an opportunity for a breakthrough. Iran does not want to remain a pariah state and always be on the defensive, and the US and Israel will be much better off if Iran joins the community of nations as a constructive player on the international stage.