Susan L. Carruthers is Professor of US and International History at the University of Warwick. The author of six books, including The Good Occupation: American Soldiers and the Hazards of Peace, she taught for fifteen years at Rutgers University-Newark, and has held visiting fellowships at Harvard, Princeton, and the Woodrow Wilson Center. She was a finalist for the 2017 PEN Hessell-Tiltman prize. Her book Dear John: Love and Loyalty in Wartime America is now available from Cambridge University Press. 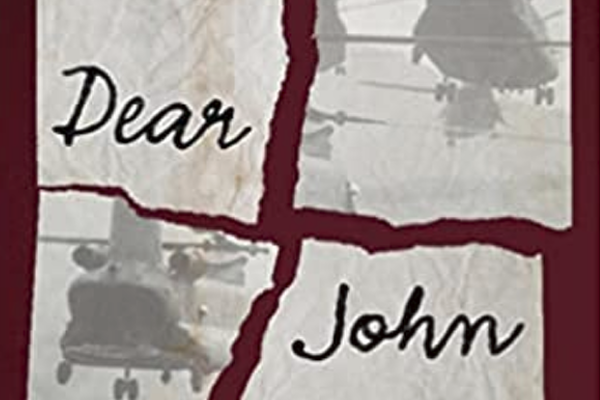 Storefronts are overflowing with scarlet hearts and saccharine sentiments. Valentine's season is unmistakably upon us. Again. Eighty years ago, with the United States newly at war, the Los Angeles Times marked February 1942 not with a story of love's all-conquering power but with news that a group of entrepreneurial GIs training at Camp Callan had banded together to protect themselves from the breakdown of romance under pressure. Subscribers to "Love Insurance, Inc." paid 25 cents each month into a mutual fund to "insure themselves against loss of the affections of their sweethearts back home to young men as yet unclaimed by the forces." The pool would be payable to the first soldier who could prove "he has lost his sweetheart to a rival."

It took mere days for the fund to be claimed by a twenty-four year-old corporal from Texas, who apparently had no inkling that anything was awry between him and his fiancée until her engagement ring dropped from an envelope, heralding painful news of betrayal before he'd even read the note inside. This was hard to swallow. But "Love Insurance, Inc." had another sweetener to offer besides the cash pay-out: a date with Hollywood starlet Janet Blair, famous for having taken out a more costly kind of policy, insuring her curvaceous physique for $15 million. The jilted Texan's night out on the town with Blair, at Columbia studio's expense, made irresistible copy. "NOT SO BAD," the Times's caption ran, beneath a photo of the pair making eyes at one another over a milkshake. Faithless women be warned, ran the not-so-subtle subtext.

The Camp Callan draftees' anticipation of female infidelity-- a male anxiety as old as Odysseus-- soon found expression in a coinage that first appeared in 1943 and has remained in circulation ever since: the "Dear John." This slang term for a note from a wife, fiancée or girlfriend announcing the end of a relationship and, often simultaneously, divulging her pursuit of a new romance soon became ubiquitous in press reports, servicemen's war-lore, fiction, film, and song. Over the course of successive American wars, and in pop culture's renditions of them, every man in uniform received a "Dear John" sooner or later, from Gomer Pyle to Radar, grunts on Hamburger Hill to jarheads in the Gulf. No wonder, then, that The Onion hailed the repeal of "Don't Ask Don't Tell" with a satirical riff on the "first ever Gay Dear John letters" to hit Iraq in September 2011.

For decades, Dear Johns have served as a potent emblem of betrayal. Dispatching one was seemingly about the worst thing a woman in wartime could do. This message wasn't just drummed home by men in uniform, although prominent figures like General George S. Patton had plenty to say on the subject. Women who sent them, he chillingly announced, "should be shot." The most persistent disciplinarians of emotion on the home front were female civilians. Janet Blair's eagerness to taunt potentially unfaithful women with the prospect of how quickly abandoned men would find solace in other sisters' arms formed part of a wider pattern.

Writers of syndicated advice columns (aptly termed "agony aunts" in British parlance) played an especially significant role in establishing and maintaining the boundaries of romantic etiquette in wartime. Columnists like Dorothy Dix, "Dear Abby" and Ann Landers repeatedly cautioned women against ending a relationship by letter with a man at war. Doing so was "cruel" and "cowardly." Worse yet, Dear Johns endangered both the physical safety and psychological stability of men on the frontline. The only decent thing for wavering women to do was maintain a pretence of devotion, keep writing regularly, and wait until the soldier returned home to break unwelcome news of altered affections-- or, better yet, to rekindle ardor temporarily dimmed by distance and time.

In popular and martial culture alike, the Dear John looms as the Valentine's antithesis: not an expression of undying love, but notice of a connection irrevocably ruptured. Where the Valentine is imaginatively conjured by the flight of Cupid's bow, the Dear John is more often construed as a smoking gun. From the term's very first appearance in print (debuting in the New York Times in October 1943), chroniclers envisioned the break-up note as an instrument of lethal harm, leading bereft and distracted servicemen into mortal danger, whether at the enemy's hand or their own. This nexus between severed ties and ended lives has continued to figure in recent US military inquiries into elevated rates of suicide in the services.

Yet, as the Camp Callan GIs' pre-emptive playfulness anticipated, the Dear John has been a more multi-faceted phenomenon than the one-dimensional Valentine. From World War II onwards, women's break-up notes provided men in uniform with a rare opportunity to emote. Breaking down and sobbing-- behaviors otherwise unconscionable according to the constrictive dictates of martial masculinity-- were licensed by receipt of a Dear John. Romantic betrayal could excuse getting blind drunk, going AWOL, procuring sex, and committing other offensives against the yet more repressive strictures of military justice. On some occasions, a Dear John quite literally served as a get-out-of-jail-free card in court-martial proceedings.

In military circles, the specter of female infidelity haunts in diametrically opposing ways: conceived as both solvent and glue. While "agony aunts" marshalled women into maintaining emotional discipline, drill instructors instilled in new recruits a sense of the inevitability of their betrayal by fickle female-kind. Marching cadences, alerting men that their girlfriend or wife (and perhaps also their mother or sister) would be seduced by “Jody,” a wily shirker and schemer, were another innovation of World War II.  Even as women received warnings that a broken heart was the gravest injury a man at war might incur, servicemen found solace in their bonds with one another-- the "band of brothers" seemingly stronger than any wedding band.

From World War II to Korea, Vietnam to the Gulf, Afghanistan to Iraq, stories of Dear Johns-- and recuperative rituals invented to redeem heartbreak through humor-- have provided a renewable source of male energy. Not just each February, but perennially.