Tim Roberts is author of Distant Revolutions: 1848 and the Challenge to American Exceptionalism (2009) and “Lajos Kossuth and the Permeable American Orient of the Mid-Nineteenth Century,” in Diplomatic History (2015). 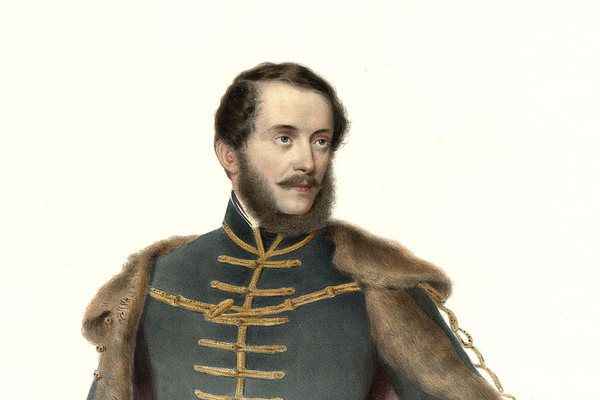 In June 2020 I argued in a History News Network op-ed that Americans needed another Lajos Kossuth, the freedom fighter who led Hungary’s uprising against Austrian imperial rule in 1849. When 250,000 Russian troops of Czar Nicholas I came to Austria’s rescue, they extinguished the Hungarian democratic flame. I observed that in his tour of the United States in 1851 to drum up support for Hungary’s rescue, Kossuth reminded Americans of their founding principle that democracy was an aspiration of all people, worth fighting for. Kossuth’s effort to persuade Americans to intervene in Eastern Europe was unsuccessful, but his challenge to antislavery Americans to save their own democracy hit the mark. Among other evidence of Kossuth’s influence on liberal Americans, President Abraham Lincoln would paraphrase Kossuth’s words in the Gettysburg Address.

Poignantly, Americans in 2022 seem to have found their Kossuth, another heroic Eastern European appealing for American assistance against Russian aggression, Ukrainian President Volodymyr Zelensky. Of course, Ukraine today, unlike Hungary in the mid-nineteenth century, is a sovereign country. And its proximity to NATO, a US-led military alliance, brings its besiegement by Russia immediately close to American security concerns, a far cry from the immaterial military and economic stakes antebellum Americans had in Eastern Europe. Kossuth spoke in eloquent English to crowds in his tours of both Britain and the United States as a refugee. Zelensky speaks only a little English, and bravely shows no inclination to take flight from Ukraine.

Yet there are some similarities between Kossuth and Zelensky worth considering, which, when coupled with Americans’ different domestic conditions from their antebellum ancestors, suggest a different course of action now than when the US government in 1851 left Hungary to its fate.

Like Kossuth before him, Zelensky has emerged meteorically. Before last month, many Americans probably had trouble locating Ukraine on a map, similar to Americans’ ignorance on the eve of the 1848 Revolutions about the complicated politics and polyglot peoples of the Habsburg Empire, which ruled Hungary. Like journalists’ reports about Kossuth, media images of Zelensky – and of his family – suggest their wholesome innocence, though that appearance belies a surprising iron resilience. Both men seem to have embraced the challenge to personally will their countries not to succumb to overwhelming opposition. Each cast his country’s cause as an echo of the achievements of earlier, globally minded American freedom-fighters. Kossuth said the Declaration of Independence was “the noblest, happiest page in mankind’s history.” Quoting Martin Luther King, Zelensky declared, “I have a dream” of global peace.

Most strikingly, Zelensky’s steps in appealing to Americans for assistance follows Kossuth's path. Via video streaming, Zelensky spoke directly to the British Parliament on March 8, invoking the words of Winston Churchill. Parliament did not invite his predecessor Kossuth to address it; in fact, Kossuth’s rousing public addresses to British crowds (he quoted Shakespeare) calling for universal democracy made the government of Lord John Russell nervous, and British officials were delighted when Congress organized the transport of Kossuth across the Atlantic in late 1850. But ordinary Britons’ enthusiasm for Kossuth lay the groundwork for Americans’ boisterous reception of Kossuth, particularly in the northern states, and inspired Congress to invite Kossuth to speak to it. Kossuth was the second foreign dignitary to address Congress when he spoke to the Senate in 1852. Continuing his effort to “name and shame” the West for not doing more, Zelensky addressed a joint meeting of Congress on March 16, calling for “no fly zone” in Ukraine.

Kossuth used his opportunity before Congress to reiterate the case for American use of force to intervene in Europe to rescue not only Hungary’s independence but the thwarted democracies in Western and Central Europe of 1848. Zelensky did the same, reiterating, as he already asked of Congress privately, a call for American endorsement of NATO aircraft entering the war.

In response to Kossuth, some American places renamed themselves “Kossuth,” and many individuals and communities donated money and weapons to the Hungarian freedom cause. Lincoln, then an attorney in Springfield, Illinois, signed a local pro-Hungarian resolution declaring, “we, the American people, cannot remain silent, without justifying an inference against our continued devotion to the principles of our free institutions.” But, like the country at large, Springfield’s resolution rejected Kossuth’s plea that the US government had a “duty…to assist…revolutions in other governments.” More important, Americans at the time were splintering over the issue of slavery. White southerners generally suspected liberal democracy, and Kossuth’s appeal was partly a victim of that arch-conservatism.

But Americans today, not only in renaming things to show sympathy for Ukraine, public demonstrations, and economic warfare on Russia, may not be inclined to ignore an appeal for American use of force. As did a few of their antebellum predecessors, some American veterans have ignored US government warnings and enlisted in the Ukrainian military. Two-thirds of Americans in the first week of March opposed sending US forces to Ukraine. But that percentage was down from opposition in late February. Nearly three in four Republicans, even slightly more than Democrats, support American arms shipments to Ukraine. And Congressional leaders’ hawkish rhetoric is remarkable. On March 5 Democratic Senator Chuck Schumer said he will “do all [he] can” to ensure the transfer of American F-16 fighter jets to Poland, enabling the Polish military to provide MiG fighter jets to Ukraine. On March 13, Republican Senator Rob Portman expressed puzzlement that the transfer hadn’t taken place.

The point is that, while Americans are engaged in fierce ‘culture wars,’ no fundamental domestic issue is dividing American opinion over Ukraine at the moment, unlike the destabilizing wedge issue of slavery in the 1850s. This surprising consensus, and of course Americans’ military commitment to Western Europe since 1949, may make Zelensky’s renewal of Kossuth’s appeal for American intervention on behalf of democracy in Eastern Europe this time elicit a forceful response.