Decoding Partisan Declarations of What Makes a "Good Judge"

James D. Zirin, a former federal prosecutor in the Southern District of New York, is the author of Supremely Partisan- How Raw Politics Tips the Scales in the United States Supreme Court. 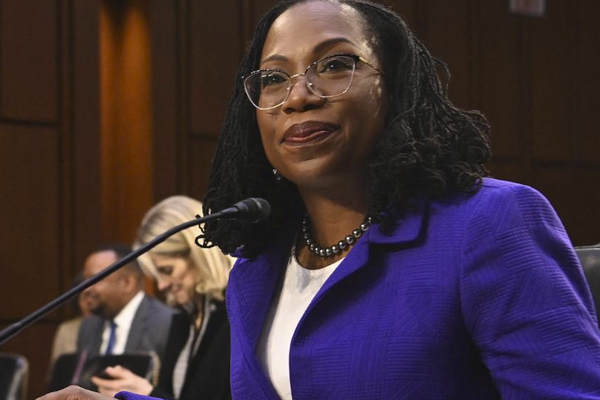 The confirmation hearings before the Senate Judiciary Committee for Judge Ketanji Brown Jackson, President Biden’s ’s nominee for the Supreme Court, have begun.

President Biden vowed to appoint an African-American woman to the Court, and so he did. In nominating her, Biden said:  “For too long, our government and our courts haven’t looked like America.”

According to the latest data, women of color comprise roughly 13% of the U.S. population.

The appointment of an able judge should be a shared bipartisan value, for they are the keepers of our sacred right to justice. The appointment of Judge Jackson is particularly significant. Hard right conservative Justice Clarence Thomas is 73 years of age. With his recent hospitalization and possible retirement, Jackson’s appointment could lead to the restoration of a four-four liberal-conservative deadlock with Chief Justice Roberts casting the deciding vote on the thorny ideological issues that come before the Court: gays, guns and God, as well as women’s reproductive rights, and criminal justice.

Few would dispute that Judge Jackson is highly qualified. She has rendered distinguished service as a Supreme Court clerk, a public defender, and both federal district and appellate judgeships. She has also been a member of the United States Sentencing Commission, a bipartisan independent agency created to reduce sentencing disparities and “promote transparency and proportionality in federal criminal sentencing.” At the end of the day, Congress controls sentencing by setting statutory maximum and minimum penalties, which  judges consult case by case but are not required to follow.

In this regard, her background is heftier than that of all the present justices, with the exception of her predecessor Stephen Breyer who is retiring this year.

But Jackson’s appointment has become supremely partisan, with Republican senators weighing in to put their thumbs on the scales. We already have an unfortunate  preview of how committee Republicans plan to go after Jackson. Senators Ted Cruz, Josh Hawley and Tom Cotton last month piled on Nina Morrison, a nominee for a federal district judgeship in Brooklyn, blaming her for  being “soft on crime” because she had spent much of her legal career fighting to get the innocent out of jail. It’s surreal.

I know Morrison, and she is eminently qualified to be a federal judge. Morrison has functioned as a senior attorney at the Innocence Project, a not-for profit-organization that uses DNA evidence to establish the innocence of those already convicted. The Project’s attorneys take no position on those accused but not convicted, and its work has been hailed by judges and politicians of every political stripe. No one wants to see an innocent person rot in jail. Jail is for the guilty.

The Judiciary Committee Republicans appeared to link defense lawyers and “progressive prosecutors’” to rising murder rates in Los Angeles and Philadelphia. But homicide was up nationally in 2021, probably due to the pandemic, and it is specious to argue for a correlation between rising murder rates and a system that is soft on crime. Senators Cruz and Hawley should know better. Like Judge Jackson, they both went to Ivy League law schools, and were Supreme Court clerks. The reality remains that violent criminals, if apprehended and convicted, go to jail, and they go there for a long time.

These attacks reflect a partisan tendency to declare a judge fit or unfit, without much discussion of what goes into making a “good judge.” The late Judge Marvin Frankel, whose influential book Criminal Sentences: Law Without Order, led Congress to create the United States Sentencing Commission, told me once that the signal quality necessary for a federal judge had something to do with IQ, and at least this is an objective standard. There is of course more to it than that: relevant experience, demonstrated ability, a record of integrity, sound judgment, knowledge of the law, and commitment to the principles of the Constitution are all elements that come to mind.

But modern judicial politics at the federal level has less  to do with qualifications or even what candidates believe, but whom the senators happen to hate. And, even though judging must be independent and non-partisan, the Republican senators hate “liberals” and “progressives” who would join the ranks of the federal judiciary, as though they were candidates for a political office.

Many federal judges spent their professional lives as prosecutors before they went on the bench, and no one denies that this is a valuable experience.

Recognizing that perceived ideology is a slender reed for judging judicial qualifications even though it is the decisive factor, Republican senators put in the crosshairs judicial candidates who have functioned as defense lawyers. For instance, Republicans have raised concerns about Judge Jackson’s representation of some Guantanamo detainees in the period 2005-2009. Following the Supreme Court decision in Rasul v. Bush, affording Guantanamo residents habeas corpus rights, hundreds of the leading lawyers coming from the best law firms in the country volunteered to provide legal assistance. On the team, put forward by the Federal Defender’s Office in Washington or by the large corporate law firm she joined subsequently, was Ketanji Brown Jackson.

Going back to the founding of the Republic,  defense lawyers have played an indispensable role in the justice system. John Adams defended soldiers accused of the Boston Massacre. His son, John Quincy Adams, defended African slaves accused of the Amistad seizure.

In 2009, Senator Lindsey Graham, who has not always been noted for consistency, made a perfect statement of the point when there was criticism of lawyers who had represented Guantanamo detainees and then joined the Obama Justice Department:

“I’ve been a military lawyer for almost 30 years,. I represented people as a defense attorney in the military that were charged with some pretty horrific acts, and I gave them my all…. This system of justice that we are so proud of in America requires the unpopular to have an advocate and every time a defense lawyer fights to make the government do their job, that defense lawyer has made us all safer.”

A priest is never vilified for confessing a hardened criminal; nor is a doctor for treating him (or her). But a lawyer stands reviled as “soft on crime” for discharging a professional obligation even if it means successfully exonerating the innocent.

There is no indication that Morrison will, as Cruz put it, “let more violent criminals go”; and it is perfectly absurd to believe that either Morrison or Jackson will give George Soros the keys to the court house.

If confirmed, Judge Jackson will make history. Not only will she be the first black woman on the Court, but the first to have been a public defender who knows the system from the perspective of protecting the innocent, and representing the unpopular and the indigent. This is what our Founders guaranteed in the Sixth Amendment right to counsel. Without robust advocacy for those accused of crime, even for the scorned and rejected in society, we cannot administer justice fairly in a system admired throughout the free world. The law must be made to work for everyone or it will work for no one.