Cary Heinz served for thirty-four years as a public-school educator until June of 2021, and now writes about history, politics and sports. 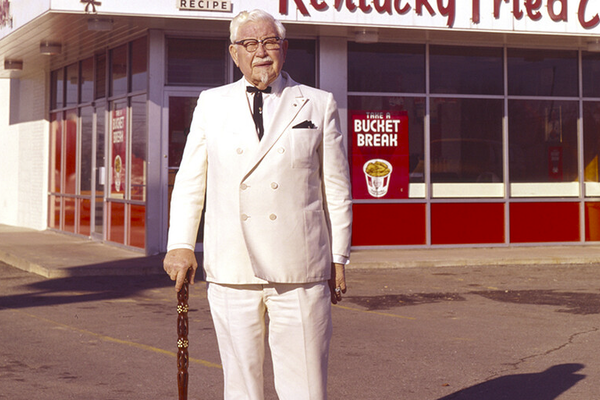 The United States, particularly of late, has always had citizens take a non-traditional path into politics. Often people will run for the school board, city council, state legislature, and so on, gaining experience along the way. For better or worse, it has become more common for aspiring politicians to seek office due to their fame, or status, as a celebrity. Donald Trump—the first president never to have served either in the military or any public office—is certainly the most recent and glaring example. Ronald Reagan would certainly have been considered a celebrity when he ran for the presidency, but the former actor had served two terms as governor of California. In 2022, celebrity Dr. Mehmet Oz and former football player Herschel Walker are seeking the GOP nominations in Pennsylvania and Georgia for the United States Senate. Neither has any political experience.

Several celebrated people have either been elected to or sought political office in the past. Frontiersman Davy Crocket was elected to three terms in Congress from Tennessee before famously dying at the Alamo in 1836. When John Wayne (1960) and Billy Bob Thornton (2004) play you in a movie, you sir, are legendary.

Newspaper magnate William Randolph Hearst (today his granddaughter Patty may sadly be more famous) was very active politically in the first decade of the 20th century. He was elected to two terms in Congress (1903-1907), and unsuccessfully ran for mayor of New York City in 1905 and 1909, governor of New York in 1906, and even president in 1904. William Randolph Hearst foreshadowed Donald J. Trump in many ways.

Upton Sinclair, best known as the author of The Jungle (a graphic treatise on the meat packing industry that surely sent a few readers to vegetarianism), was potentially to the left of Bernie Sanders. He ran for congress, the U.S. Senate, and governor of California. Actress Helen Gahagan Douglas was elected to Congress from the state three times as a Democrat (1945-1951) before being defeated by Richard Nixon in a senatorial race in 1950 (John F. Kennedy quietly contributed to his future rival’s campaign against her). She is best known for giving Nixon the nickname "Tricky Dick" (he called her “the Pink Lady,” implying she was soft on communism). A third future president, Lyndon Johnson, served as a bit more than her political mentor, which you can look up on your own.

George Wallace ran for president four times from 1964-1976. He survived an assassination attempt in 1972. 1968 was his most successful presidential run, when he latched onto a group of supporters who (or perhaps their children) may now identify with Donald Trump more than they may know. George Wallace was the governor of Alabama three times, serving a total of sixteen years, and famously (or infamously) pledged “segregation today, segregation tomorrow, and segregation forever.” He entered some Democratic primaries late in 1964, and did (to some) shockingly well. In 1968, he ran as an independent.

1968 is one of the most tumultuous years in American history. The Tet Offensive, King and Kennedy assassinations, and so on. Wallace tapped into disaffected white voters with his combative style on the stump. At one time that summer, he polled more than twenty percent in national polls, and still higher in certain parts of the country, especially the South. Studies have shown he drew voters from both the Republican nominee Richard Nixon and Democrat Hubert Humphrey. The man without a party needed a running mate, and this is where an intriguing possibility for a celebrity politician did NOT happen.

Wallace and his advisers “agreed that it was important to broaden his Deep South base, they wanted to reach out for a national figure who might give the ticket credibility outside the region.” He considered former Secretary of Agriculture Ezra Taft Benson, former baseball commissioner and Kentucky Governor A.B. “Happy” Chandler, radio commentator Paul Harvey, FBI Director J. Edgar Hoover, and others, before settling on retired Air Force General Curtis LeMay. He also contemplated Colonel Harland Sanders of Kentucky Fried Chicken fame, who was a contributor to his campaign.

Colonel Sanders was a familiar sight on television at the time, even though he had sold the company to John Y. Brown (future governor of Kentucky as well as the former husband of TV personality Phyllis George and father of CNN’s Pamela Brown). Sanders wasn’t successful until later in life. He’s associated with Kentucky, but was born in Indiana and spent many years doing odd jobs in the region. He didn’t start cooking for money until the age of forty, and didn’t begin franchising his restaurants until he was already collecting Social Security. A little research will show that the man was more obsessed with gravy than chicken.

Sanders’ candidacy was unlikely for a couple of reasons. First of all, he was seventy-eight years old, and if Joe Biden is old at seventy-nine in 2022, the Colonel was really old in 1968 (though he did live to be ninety). Secondly, since he was the face, but not the owner, of KFC, it is meaningless, yet curious speculation if the sales agreement of the chicken franchise would have allowed him to run politically, especially considering what a polarizing figure Wallace was. A good share of Americans may have stopped eating that tasty poultry, even if it was “finger lickin’ good,” had a Wallace/Sanders ticket been on the ballot in 1968.

Sanders has enjoyed a bit of a resurrection in the last decade as eighteen different actors have played the Colonel (Paste Magazine even ranked them), including Jason Alexander, George Hamilton, Ray Liotta, Rob Lowe, Reba McEntire, Norm MacDonald and even Hafthor Bjornsson, perhaps better known as ‘The Mountain,’ on Game of Thrones (yes, it is worth looking that up as well).

The infamous General LeMay did Wallace more harm than good.  He was the inspiration for General “Jack D. Ripper” in the 1964 satire Dr. Strangelove or: How I Learned to Stop Worrying and Love the Bomb, which was neither flattering nor complimentary. The movie was a work of fiction, but the reality of the Cuban Missile Crisis was just six short years in the past. LeMay arguably conferred military credibility on Wallace, though the governor, who did fly in B-29 bombing raids in World War II under LeMay, may not have needed help in that area.

On October 3, 1968, Wallace announced LeMay as his running mate in working class Pittsburgh. After an introduction,

Wallace stood off to the side, a stony expression on his face, while LeMay self-destructed and in the process all but brought down the Wallace campaign. Le May offered sincere, straightforward responses to reporters’ questions, leaving no doubt about where he stood.

Not all of that can be blamed on LeMay. Humphrey changed his position on Vietnam and ran a strong campaign in October. Additionally, for perhaps the last time they exerted this much influence, labor unions “poured unprecedented resources into the Democratic campaign going into the home stretch, registering 4.6 million voters, sending out 115 million pamphlets, establishing 638 phone banks, fielding 72, 000 house to house canvassers and 94,000 Election Day volunteers.” Humphrey poached fifteen late-campaign points from Wallace among unionists.

The American electorate rejected George Wallace for President in 1968 (as well as in 1964, 1972, and 1976). Nevertheless, Vice President Harland Sanders is an amusing historical “what if?"

Sadly, we will never know of the possible Thirty-Ninth vice president of the United Sates would have wanted to be addressed as “Mr. Vice President,” or simply, “Colonel.”