Luke Reader is a Teaching Fellow in the SAGES program at Case Western Reserve University. He researches modern British history with a focus on internationalism and the interwar Labour Party. You can follow Luke Reader on Twitter @WritesReader . 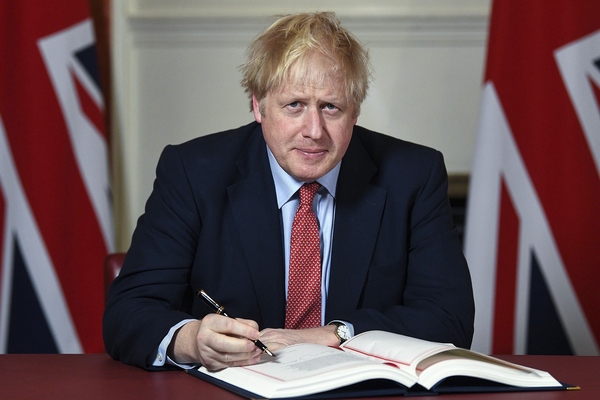 As Boris Johnson makes his disheveled way out of No. 10 Downing St., it is reasonable to wonder what legacy this historically-minded prime minister leaves posterity.

It is easy to point to the mishandling of the COVID-19 pandemic, the cost-of living crisis threatened by energy price rises and the looming prospect of inflation or, more positively, British efforts to support the Ukrainian struggle against Russian aggression. But does this list constitute a legacy, or does it simply enumerate the in-tray Johnson has bequeathed his successor, Liz Truss?

It is the incorporeal aspects of Johnson’s Downing St. tenure that offer a more durable legacy. One in particular stands out: the three-year long stress-test the Johnson administration performed on Britain’s uncodified constitution.

The British constitution is a complicated beast. It has no ur-text or guiding document. Instead, it draws on precedent, whether defined by law or by convention. As a result, Britain is reliant on what historian Peter Hennessey terms the “good chap" theory of government. This premise rests on the assumption that every incoming government will adhere to the conventions, norms and unspoken agreements that guided previous administrations.

But what happens when a new prime minister is, for lack of a better word, a cad?

Johnson began his premiership by suspending parliament for five weeks. This action, known as prorogation, bridges the few days between the end of one parliamentary session and the beginning of another. However, the length of the 2019 prorogation alarmed many. The Johnson administration claimed that it needed time to bring forward a new legislative agenda. MPs were skeptical and worried that Johnson was trying to limit scrutiny of Brexit-related legislation. The Supreme Court agreed, ruling prorogation illegal.

Hannah White, Acting Director of the Institute for Government, an influential non-partisan thinktank, argues that this attempt to delegitimate parliamentary scrutiny was the most consequential aspect of the Johnson administration. Since 2019, ministers have rushed through legislation, refused amendments and failed to give House of Commons committees sufficient time to evaluate the impact and constitutionality of bills moving through parliament. The result, as White explains, has been the continued strengthening of the executive and the concurrent weakening of parliamentary checks and balances provided by the constitution.

Traditional norms and behaviors failed to trouble the Johnson administration. Johnson’s view of his premiership as a personal mandate that expressed the “will of the people” does not accord with the reality that prime ministers are appointed, not elected. The former prime minister misled parliament on at least 27 occasions and remains under investigation for lying about parties held in Downing St. during lockdown. Johnson resigned following another episode of misdirection, this time regarding his knowledge of sexual assault allegations against a former Deputy Chief Whip.

So what’s the problem? Politicians lie. The British system held. Johnson did not try to avoid his fate by dissolving parliament and calling a general election. His own Conservative MPs forced him from power. Nor, once he lost power, did Johnson incite insurrection. Hordes of Johnson supporters restrained themselves from rampaging through the halls of parliament.

Nonetheless, the precedent set by Johnson is dangerous. His premiership did not just erode the “good chap” theory of government. It also stretched the boundaries of acceptable political behavior, meaning actions once considered beyond the pale are now potentially available to future prime ministers.

Brexit, the political project that brought Johnson to power in the first place, also contains a set of constitutional implications.

Whether one likes or dislikes Brexit—personally, I deplore it—withdrawal from the European Union did return to Britain a sense of constitutional symmetry. As Helen Thompson, a political scientist and former host of the Talking Politics podcast points out, the principle of parliamentary sovereignty anchors the British political system. Unfortunately, this ideal is incompatible with European Union membership, which prioritizes EU over national law. In effect, Brexit healed a constitutional rupture created when Britain joined the European Economic Community in 1973.

But as one breach heals, another emerges. In his book How Britain Ends (2021) Gavin Esler, a former BBC political editor, argues that Brexit has hastened a fracturing of national unity and purpose. Many living in Scotland and Northern Ireland, which voted to remain in the EU by considerable margins, resent being forced out of Europe by an expression of English nationalism. In response, the Scottish government has demanded a second independence referendum. In Northern Ireland, tensions over Brexit have reawakened fears of terrorism. Even in England, Remain and Leave, political identities that emerged during the 2016 referendum, continue to have purchase.

It may be premature to talk about Johnson’s legacy though. In his final speech as prime minister, Johnson expressed his desire to follow the example of Cincinnatus, a Roman statesperson who was appointed dictator by the Senate in 458 BCE. Cincinnatus successfully fought off an invasion by the Aequi, a neighboring Italian people, before immediately retiring to his farm. Twenty years later, Cincinnatus performed a similar action, crushing a plebian revolt before retiring to his farm once again. What exactly is the former prime minister trying to tell us?