Trisha Tucker is Associate Teaching Professor of Writing in the USC Dornsife College of Letters, Arts and Sciences. 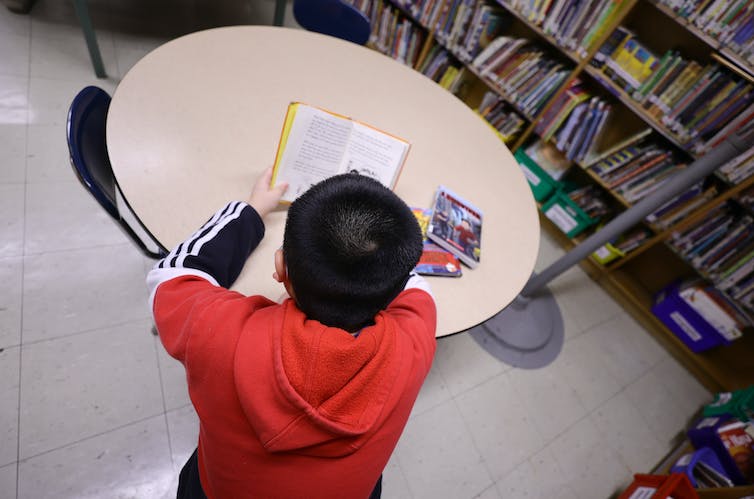 Banned Books Week, an annual event that teachers and librarians across the U.S. mark with a combination of distress and defiance, is here again. The theme of this year’s event, which takes place Sept. 18-24, is “Books Unite Us. Censorship Divides Us.”

It comes amid regular high-profile efforts to remove allegedly controversial or inappropriate reading material from libraries and schools. Nowadays, the small groups of parents who traditionally spearhead such efforts are joined by politicians authoring legislation that would outlaw or criminalize making controversial books available to children.

I teach a class on banned books at the University of Southern California, so I’m prone to notice headlines on the topic, but this isn’t just perception bias. The American Library Association reports that in 2021, it tracked 729 challenges to library, school and university materials, targeting a total of 1,597 books. That’s the highest number of attempted book bans since tracking began more than 20 years ago. This year is on course to surpass 2021’s record with 681 challenges as of Aug. 31, 2022.

Increasingly, bans have targeted books written by or featuring LGBTQ people and people of color. But perennial classics like “To Kill a Mockingbird,” “Huckleberry Finn” and “Grapes of Wrath” also have been challenged by parents concerned about their racist language and marginalization of Black characters.

What unites these challenges is a professed desire to protect young readers from dangerous content. But attempts to ban books are frequently motivated by misapprehensions about how children consume and process literature.

Christian author and editor David Kopp acknowledged as much when he addressed the controversy around the 1989 children’s book “Heather Has Two Mommies.”

“[T]he deeper dilemma for many Christians who oppose this book is often not a theological one, but an emotional one. It has to do with what we fear,” he wrote on the faith-focused website BeliefNet in 2001. “We fear our kids will be indoctrinated somehow. We fear they’ll come to consider homosexuality as normal and then … the part we don’t say … become one.”

Kopp found this fear “absurd.” He insisted that a “book, well intentioned or otherwise, isn’t likely to change our child’s sexual orientation.”

Many scholars would agree. Research shows that children’s reading experiences are complex and unpredictable. As scholar Christine Jenkins explains in an article about censorship and young readers, “Readers respond to and are affected by texts in ways specific to each reader in the context of a specific time and place.”

Put simply, children co-create their own reading experiences. Their interpretation of books is informed by their personal and cultural histories, and those interpretations may change over time or when readers encounter the same stories in different contexts.

Neither the supposedly healthy nor the supposedly dangerous effects of childhood reading, then, can be taken for granted. Children are not merely empty vessels waiting to be filled by a text’s messages and images, despite how adults tend to portray young readers as helplessly in thrall to the stories they consume.

Wall Street Journal contributor Meghan Cox Gurdon has argued that parents must be ever-vigilant against books that would “bulldoze coarseness [and] misery into their children’s lives.” Earlier this year, an Ohio school board vice president accused Jason Tharp, author of “It’s Okay to Be a Unicorn,” of “pushing LGBTQ ideas on our most vulnerable students.” 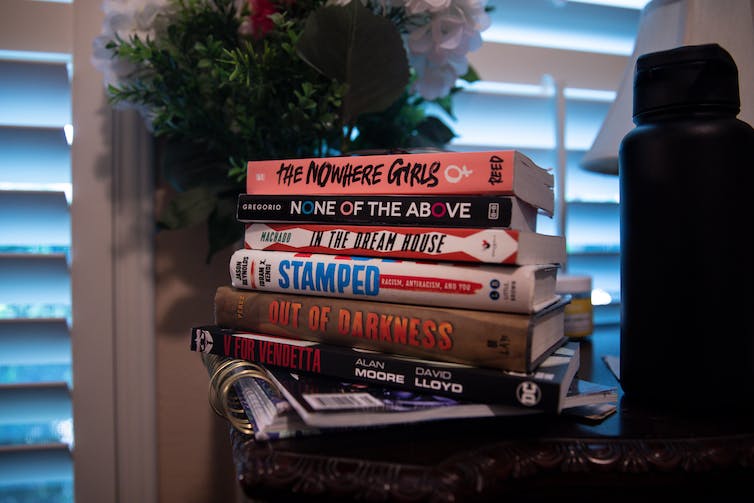 These are among the books under attack in Texas as of April 2022. Montinique Monroe for The Washington Post via Getty Images

Such perceptions reflect pervasive stories American society tells about children and the nature of childhood. These stories are the focus of an undergraduate class I teach called “Boys and Girls Gone Wild,” in which we explore themes of childhood innocence and deviance through texts such as “Lord of the Flies,” “When They See Us” and “The Virgin Suicides.”

On the first day, I ask students to brainstorm on common traits of children. They frequently choose words like “innocent,” “pure” and “naive” – although babysitters and students with younger siblings are more likely to acknowledge that children can also be “mischievous” and “strange.”

My students are usually surprised to learn that the Western notion of children as innocents in need of protection is a relatively recent idea, stemming from economic and social changes in the 17th century.

English philosopher John Locke’s late-17th-century idea that humans were born as “tabulae rasae,” or blank slates, had incalculable influence. The child with no innate traits must be carefully molded. Thus “childhood became a period of intense governance and control,” according to scholar Alyson Miller.

Some groups held divergent views, such as 18th- and 19th-century evangelical Christians, who believed children were born imbued with original sin. But the narrative of the inherently pure, helpless child came to shape fields as diverse as biology and political theory.

Perhaps no disciplines were influenced as powerfully as the intertwined fields of literature and education.

The value of ‘unsafe’ books

Book bans gain traction in cultures that imagine themselves as upholding a barrier between the purity of children and the corruption of the world. 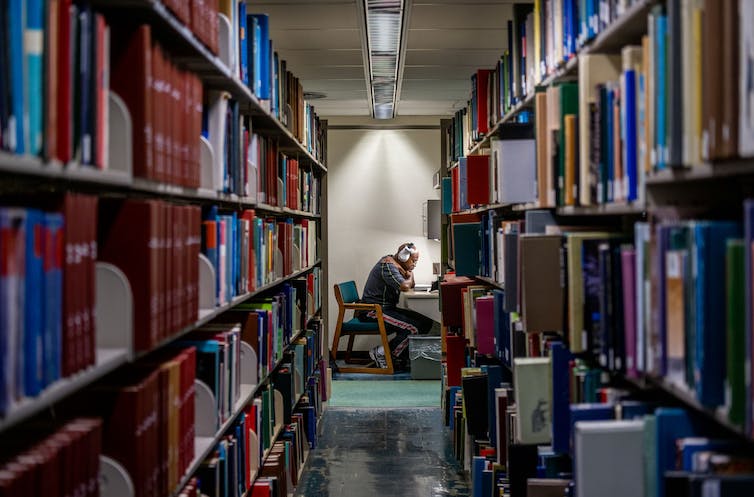 The library at the University of Texas, a battleground state for books. Brandon Bell/Getty Images

But this effort can have unintended consequences, argue scholars like Kerry H. Robinson. In her 2013 book on sexuality and censorship, she writes that “the regulation of children’s access to important knowledge … has undermined their development as competent, well-informed, critical-thinking and ethical young citizens.”

Debates about challenging books would go differently if participants understood young child readers as active participants in the discovery and creation of knowledge.

Jason Reynolds, the Library of Congress’ national ambassador for young people’s literature and author of the oft-targeted “All American Boys,” which depicts a racially charged police beating, offers a different – and, I’d argue, healthier – way to conceive of children’s relationship to reading.

“There’s no better place for a young person to engage and wrestle with ideas that may or may not be their own than a book,” he told CNN for an in-depth June 2022 feature on book banning in America. “These stories are meant to be playgrounds for ideas, playgrounds for debate and discourse. Books don’t brainwash. They represent ideas.”

For Reynolds and the other authors, librarians, readers, parents and educators commemorating Banned Books Week 2022, adults have a right to disagree with those ideas. But rather than fear the uncomfortable “conversations young people bring home,” adults can actively encourage them.

“If the adults are doing their jobs,” Reynolds says, the discomfort that often accompanies growth “doesn’t have to feel like danger.”