Jon K. Lauck is the author of The Good Country: A History of the American Midwest, 1800–1900, and the editor of Middle West Review, based at the University of South Dakota. 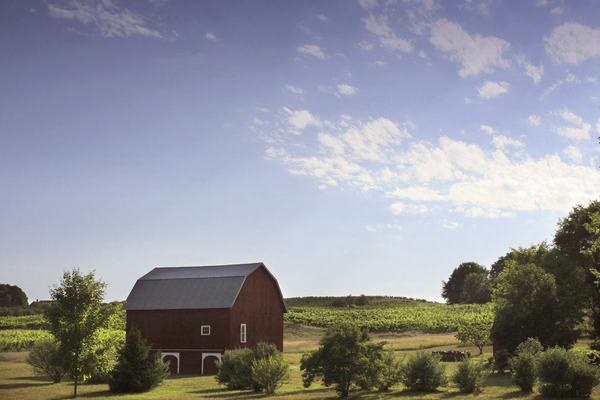 For too long the American Midwest has suffered from a mixture of scholarly neglect and ridicule. Consistent with the past derision of the region, the Midwest has been greatly neglected by historians, a condition that a small group of academics and other writers, mostly located in the Midwest, has been attempting to remedy in recent years by way of new study groups, journals, and other publications. I count this book in that number.

Given the prevailing atmosphere of disdain and indifference, readers may be surprised at what a new look at midwestern history reveals. Once the cobwebs are cleared off old journals, long-forgotten records consulted, and the veil of stereotypes pierced, a remarkable world is discovered. In contrast to prevailing clichés and the modern platitudes about backwardness, sterility, racial injustice, and oppression, an in-depth look at the history of the American Midwest reveals a land of democratic vigor, cultural strength, racial and gender progress, and civic energy—a Good Country, a place lost to the mists of time by chronic neglect but one well worth recovering, for the sake of both the accuracy of our history and our own well-being. The Midwest of the long nineteenth century, to state it boldly, constituted the most advanced democratic society that the world had seen to date, but its achievements are rarely highlighted in history texts and indeed seldom mentioned.

In this old and forgotten Midwest, where theories of democracy advanced so far in practice, there were also, dare I say, elements of idealism. These stemmed from the democratic nature of the Northwest Ordinance but also from the emergence of New Americans, people born and raised in the young republic who had escaped the bonds and constraints of Europe and colonial life with its indentures, slavery, and persisting aristocracy. They scoffed at those who tried to reestablish Old World privileges out on the open frontier of Ohio and Indiana. They recognized the absence of privation, the natural bounty of the region, and the access to fruitful land, a precious rarity in feudal Europe, so the degree to which they embraced boosting and promoting their new region and its expansion and fecundity makes sense. To invoke midwestern idealism is not to imply naiveté. Pragmatism and common sense reigned. But there was a communally agreed to ideal, a model for behavior, a goal to be striven for, a moral code, a way of inspiring the young, a motivation for civic duty, a virtuous patriotism, a recognition of civic obligations, and, perhaps most telling, a willingness to bleed and die for one’s home, especially as against sinful rebels who put the young republic at risk. Above all, there was little of modernity’s corrosive cynicism, the kind that yields indifference and decay. It is hard to pin it down and dissect and quantify it, but this idealism runs through the record of the Midwest and it is a key part of its history, despite its elusiveness to the written word. It is why, during the rocky decades of the later twentieth century, when hard times came, there was so much nostalgia for the old Midwest. This is not to say false feelings or empty sentiment, but a nostalgia grounded in a lived and real experience.

As profound and successful as midwestern development was, it failed on some fronts. This book is titled The Good Country, not The Perfect Country, and so it examines the failures of the Midwest with regard to women, Native Americans, racial and ethnic minorities, and other matters while also recognizing the context, complexity, and ambiguity of this history along with evidence of substantive advances to remedy these failures. This exercise represents the great challenge of modern historiography, one met by or even acknowledged by too few historians. The history profession in the United States, many would concede, has become too one-sided, too critical, and too focused on American faults and not sufficiently attentive to what would have been considered great achievements in their proper historical setting.

It is past time for a great correction in the field of American history. A rebalancing of what we think we know is needed to place people and events properly, to understand better what worked and what failed, and to provide hope from the past to those who seek democratic progress in the present. American history was not one long train of abuses and suffering, as it would sometimes seem based on the prevailing sentiments in and outputs from American history departments. Nor was it an uninterrupted ascendance toward perfection, as some critics of academia might presume. It was a mixture of advances and defeats, but more of the former than many recent historians admit. By looking with fresh eyes at the history of the American Midwest, the most historically neglected region in the United States, we can begin to see elements of American history that have nearly vanished from the main currents of historical work in recent decades and begin the great correction that may rebalance our view of the past and rectify the recent distortion of the American story.

Beyond the historical record and the interpretative agendas and disputes of scholars—and more important to all our daily lives—is the need to reflect on the political culture in which we are now immersed. For several decades at least, a common way to frame cultural and political conflict in the United States is to pit the traditions and practices of Old America against the new and rising and youthful forces of change, to contrast the square against the hip. This has become our most foundational political dynamic and what we continue to fuss about in most of our political and cultural debates. If the assumptions surrounding Old America are wrong, however, it rescrambles a prevalent framing device for modern American politics. A different framing based on a more accurate history might reduce social tensions and democratic logjams by causing the upstart forces of change to instead draw on the successes of the past instead of dismissing them or, worse, denying their existence. After a long and tortured intellectual journey, the Midwestern intellectual Christopher Lasch came to these realizations and began to worry about the cost of forgetting our once-prevalent civic and communal traditions. He came to see that “his parents’ early-twentieth-century Midwestern world” was rooted and decent and democratic and worth remembering.

By tending to reminders from Lasch and others and by embracing a wide global perspective, one can see the democratic development of the Midwest properly and realize how far advanced the region was vis-à-vis the rest of the world. In the Midwest there was a zealous commitment to educating the masses so that reason and learning could underpin democratic governance. This included college education. Old World social hierarchies and privileges were broken down in the Midwest, fostering a democratic culture. Most people in other places were landless peasants, whereas in the Midwest most people were fee-simple land-owning yeoman farmers. Most people elsewhere had no guaranteed civil rights, unlike the citizens of the constitutional polities of the Midwest. People actively voted in the Midwest. Religious freedom prevailed. A pragmatic and entrepreneurial spirit undergirded the culture. This is why an Ohio orator could reasonably say during the early nineteenth century that Ohio, the first of the midwestern states to emerge during the early republic and a model for those that followed, was the “truest democracy which had yet existed.” When the midwestern regionalist writer William Gallagher said in 1850 that the region was a grand “Experiment in Humanity” where the “freest forms of social development” in the world could be found, it was not puffery. He was objectively and comparatively correct. The emergent midwestern civilization, Gallagher said, could one day enable its citizens to realize “their real dignity and importance in the social scale, by proclaiming to them that they are neither slaves nor nonentities, but true men and women,” which was saying a lot in the world of 1850. Gallagher’s focus on the exceptional democratic character of the Midwest underscores why it is past time for a new look at a region whose history has been lost to the American imagination. It is a history we need now to remind us of our ideals and how many battles we have already won.

Excerpted from The Good Country: A History of the American Midwest, 1800–1900, courtesy of Oklahoma University Press.