William Lambers is the editor of Ending World Hunger: School Lunches for Kids Around the World which features over 50 interviews surveying school feeding programs in developing countries. He is also a member of the World Food Programme's Bloggers Against Hunger. 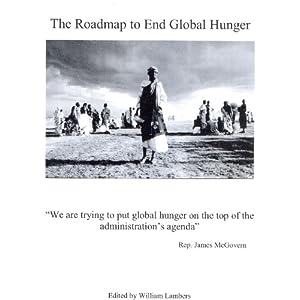 One day I was flipping through an old book about my hometown of Andover, Massachusetts.  I was curious to see what role the town may have had in the American Revolution, particularly the historic days of April 18-19 and the battles of Lexington and Concord.

Andover is about a thirty-five minute drive by car from the Lexington-Concord area.  Given that distance, it was certainly possible the town would not have received news that night and early morning of the British march to destroy munitions in Concord.  But it turns out that the sounding of the alarm reached very far into the Massachusetts countryside, and with amazing speed.

Sarah Loring Bailey, the author of the book on Andover, wrote, “At last the summons came.  Who brought it, what messenger galloping through the night, neither history nor tradition tells; but old men remember how their fathers have described the ringing of the meeting-house bells in the early morning, April 19, 1775, the beat of the alarm-drum, the hurrying hither and thither of breathless messengers…how men seized musket and bayonet, and with hardly a good-by or a God-bless-you, were off.”

Once the alarm hit Andover, it continued the domino effect to the next town.  Bailey writes, “From Boxford, Lieutenant Peabody, also at his field labors, heard the North Andover meeting-house bell, and, bidding a hasty farewell, left his family, not to return to them for months.”  David Hackett Fischer, in his book Paul Revere’s Ride, gives a very detailed account of the elaborate system of alerts that sprang into action once the British started to march.  Had the system of communication failed that night, history would be drastically different.

Communication is the driving force behind any great cause.  It was on that fateful night, in 1775, and it can be in today’s struggle to end global hunger.  Over one billion people suffer from lack of food on a daily basis, more than anytime in history.  The instability that comes with hunger makes it a clear threat to the national security interests of America and others.

Yet the issue of global hunger is off the radar in many quarters.  You hardly ever hear about it on the news networks.  You do not hear very much about it either in the halls of government.  This is a communication failure about the most powerful threat to peace around the globe.

Recently, I interviewed two World Food Programme (WFP) officers who visited Yemen, a country where one in three people suffer from chronic hunger.  With the lack of funding from the international community, WFP is being forced to cut rations in Yemen and some vital nutrition programs for children have been suspended. &nbspThe WFP school feeding program in Yemen has not had a distribution since last June.  This is hardly a prescription for stability in a country the U.S. has deemed vital for its national security interests.

If enough people would sound the alarm about these food shortages, then Yemen could be saved.  The same holds true for Afghanistan, Sudan, and so many other countries that lack the basic foundation of food.  But if people, and their leaders, just sit by and do nothing, the hunger tragedy will drag on, and the peace and stability will remain elusive in our time.

Who can challenge leaders in the U.S. and other countries to make global hunger a top priority?  That’s where the public can come in.  People anywhere can take part in sounding the alarm and getting their leaders to place global hunger at the top of the foreign policy agenda.

Use your e-mail to write to the White House to urge them to make child nutrition programs a key element of the foreign policy, as it was after World War II.  It’s cost effective and it produces results.  You can tell your representative in the House to support the Roadmap to End Global Hunger bill (H.R. 2817).  Using your blog, Twitter or Facebook, you can get others to do the same.

The World Food Programme has even started Bloggers Against Hunger, recognizing the role this form of media can play.  Blogs and websites can cover global hunger issues in a way cable news networks and newspapers cannot.  If enough people spread the word and take action, then a new kind of history could be written in this century:  An end to man’s ancient enemy of hunger.