Does David Barton's Flameout Make This a Scopes Moment for American History?

Adam Laats is an historian in the Graduate School of Education at SUNY-Binghamton. He is the author of "Fundamentalism and Education in the Scopes Era: God, Darwin, and the Roots of America’s Culture Wars (Palgrave Macmillan, 2010)." Laats blogs about the meanings of conservative religion in American life at I Love You but You’re Going to Hell. 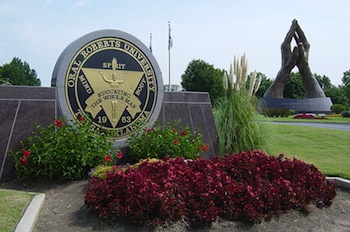 Historians are likely tired of hearing about David Barton. The furor over Barton’s Jefferson Lies has attracted more than its share of attention. While the most careful and painstakingly researched academic histories often gather dust, Barton’s ideologically-driven narrative has attracted huge sales. But in all the hubbub, one important question has not yet been asked: What if David Barton was writing about biology and geology instead of American history?  That is, what if Barton had insisted that the earth was 6,000 years old, instead of insisting that Thomas Jefferson was a devout Christian?

This question suggests some parallels between the controversies about history and the struggles over evolution. It is dangerous to use history to make predictions, but we might be experiencing a new Scopes moment in our thinking about the nature of American history.

It is not only Barton who presents a very different batch of historical narratives.  Other leading politicians and activists have also disagreed with the history taught in mainstream schools. Michele Bachmann, Glenn Beck, Newt Gingrich, Tim LaHaye, Jon McNaughton ... all have claimed that the real American history was far more religious than mainstream academic historians have admitted.

David Barton has gotten the most attention lately, with his headline-grabbing Jefferson Lies. The book sparked a firestorm over the nature of history and the accuracy of Barton's account. Barton's publisher eventually pulled the title, due to the uproar. Barton continued on unfazed.

And well he might.  Barton's brand of patriotic, religious American history has proven enormously popular over the last two decades. The notion that the United States was founded as an explicitly Christian nation, with founding documents pulled more from the Bible than from the Enlightenment, has become one of the foundational tenets of conservative belief.

But when challenged, Barton's WallBuilders version of American history often retreats. In the Republican presidential primaries, for instance, insurgent conservative candidate Michele Bachmann backed away from her claim that the Founding Fathers "worked tirelessly" to end slavery. When critics pointed out the historical ridiculousness of that statement, Bachmann hemmed and hawed before she offered the lame explanation that she meant John Quincy Adams rather than the original generation of Fathers.

But neither Bachmann, nor Barton, nor other religious conservatives feel the need to retreat from their creationist positions, even when criticized by mainstream scientists.

Where does the difference lie? In both cases, academic experts pounce on their religiously inspired foes with energy and a wealth of incontrovertible evidence. Mainstream scientists such as those at the National Center for Science Education’s Project Steve mercilessly ridicule the pretensions of scientific creationism. Similarly, scholars such as Warren Throckmorton and Michael Coulter quickly teed up the many historical inaccuracies in Barton's work. But with evolution and creation, such criticisms from mainstream scientists barely faze creationist writers and publishers.

The difference lies in timing. In 2012, Michele Bachmann seemed genuinely surprised to learn that her version of history did not hold water with mainstream historians. Barton dismisses charges that his history is not accurate.

In 1925, a new generation of anti-evolution activists felt the same way. Populist icon and devout Presbyterian William Jennings Bryan was shocked in 1925 to find out he could not attract a single credentialed scientist to attack evolution at the Scopes trial in Dayton, Tennessee. After all, he had been told by his young-earth advisor George McCready Price that evolutionists were “out of date, behind the times, and don’t know it.” Anti-evolution firebrand J. Frank Norris had also assured Bryan he could put together a group of “real scientists [that] could meet any hoax or fraud that might be made by the defense.”

They were wrong. Though conservatives claimed a victory when Tennessee’s anti-evolution law prevailed, thoughtful anti-evolutionists noticed the lack of scientific support for their position.

After that trial, the anti-evolution movement built an international network of schools, colleges, think-tanks, magazines, and publishers all devoted to promoting creationism. By 2012, creationism stands firm in the face of criticism from mainstream scientists.

Is this another Scopes moment? Will conservatives rebound from the denunciations of mainstream academic historians to build their own network of institutions dedicated to teaching a proudly alternative American history?

There is some evidence we are heading that way. Leading publishers of textbooks for the Christian school movement promote a vision of American history distinctly different from that of mainstream historians. As Donald Howard promised in 1979 of his Accelerated Christian Education, a leading publisher of curricular materials for conservative Christian schools and homeschoolers, ACE materials would not follow academic trends. Rather, every lesson would be based on “a Biblical philosophy of life with Scriptural content where appropriate.”

Faculty authors at Bob Jones University, another leading publisher of curricular materials for homeschoolers and conservative Christian schools, contested the notion that the study of history ought to lead students to examine their own beliefs and society. Rather, they insisted in 1992 that the promise of studying history lay in helping a student “shore up his doctrinal beliefs and reinforce his Christian view of the world.”

Given time, this activism may well result in a more obstreperous alternative American history. Publishers may no longer back away from the criticisms of mainstream historians. Politicians may no longer retreat to awkward half-clarifications. Barton’s and Bachmann’s alternative histories may become just as confident in their distinct narratives as creationists are of theirs.