Blogs > Steve Hochstadt > How Far We Have Yet to Go

How Far We Have Yet to Go 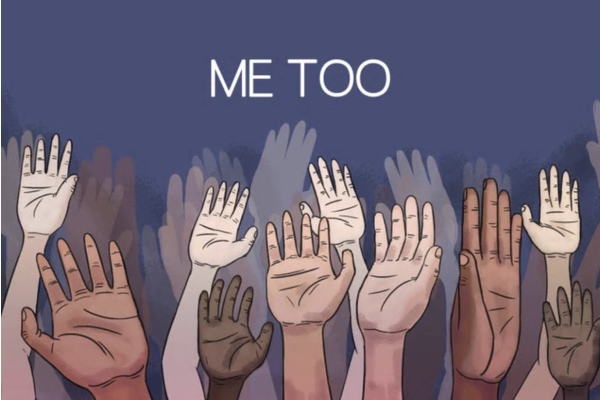 The #MeToo movement has revealed deep fault lines in modern society, between those who persist in accepting and engaging in traditional male domination of women and those who reject and condemn those behaviors. It may seem as if this split has suddenly developed, but we have been approaching this moment of reckoning for many years. The current crisis of gender behavior means that the tipping point has at last been reached.

The controversy over whites costuming themselves as black represents the racial side of the same phenomenon. What was once accepted as normal white behavior can now cost prominent people their exalted positions.

It was never okay for men to use their social power to coerce sex from women or for whites to amuse themselves by lampooning the racial subordination of blacks. Sexism and racism have always been moral transgressions. But in the American society in which I grew up, these transgressions were ubiquitous, rarely challenged, and socially accepted. They were wrong, but normal.

The challenge to normality, the recognition that not just individuals, but society itself was immoral, has been a shock to my generation, to anyone who learned how to behave before, say, 1970. The fact that these lessons were long overdue, that they reflect obvious ethical and religious precepts, has not made them easier to absorb.

I excuse no form of racist or sexist behavior, then or now. But I understand the wrenching difficulty of realizing that we were taught to emulate inhumane behavior, to acquiesce in a deeply flawed system, to perpetuate the denigration of our fellow human beings. When I remember the jokes I laughed at, the derogatory names I repeated, the lines of thinking I followed, the attitudes I carried around as I grew up and went to high school and college, I am ashamed. But it was not easy to stand apart from the culture of male superiority and the distinct, but overlapping culture of white supremacy, to see the undeserved privileges they conferred on me and the pain they caused those on the outside.

I believe I was helped toward enlightenment by being Jewish. Not that Jews are smarter or better. But our position as not quite insiders, subject to occasional reminders that we were never safe from racism, helped me perceive other forms of social condescension embedded in daily life. My rejection of normal antisemitism made rejection of sexism and racism easier, more logical. When I realized that there was a profound difference between Jews joking among ourselves about ourselves and Christians laughing at Jewish jokes that they made up, it was an easier step to recognize how male jokes about blondes proclaimed permanent sexual supremacy.

But I could never have made this transition from complicity to awareness by myself. I had to learn hard lessons from female and black friends, from writers, filmmakers, singers, and countless others who have been teaching these truths for years.

It is nevertheless difficult for anyone to give up a learned superiority. The implications of undeserved superiority go beyond language, the so-called “political correctness” that retrograde voices lament, because they don’t want to change. Men still continually interrupt women. Whites still view unfamiliar blacks as potential criminals.

The categories deeply embedded in our subconscious do not dissolve even when we consciously agree that they are inappropriate. I don’t remember how I learned the concepts “woman driver” and “slut”, but they were already firmly planted in my thinking by the time I was 15. Even though I haven’t used those words to explain what happens around me for decades, the concepts still rattle around in my head, unbidden, unwelcome, fundamentally misleading, but impossible to erase.

The consequences of centuries of assumptions about who is superior and who is inferior reach into every corner of our minds and lives. Just one example: there are several recent news stories about how adults, including doctors, take women’s and girls’ pain less seriously than male pain. This can lead to delayed or incorrect diagnoses. This subtle bias may have contributed to the ability of serial abusers like Dr. Larry Nassar to get away with assaulting girls for years after they first began to complain about him.

Right behavior is easy to define, but harder to practice. A right society does not yet exist and its details are not yet fully imagined. We don’t yet know all of the changes we will need to make in our attitudes and actions in order to create full social equality. The work will be difficult, but the goal will be glorious.