Citizenship and the Census 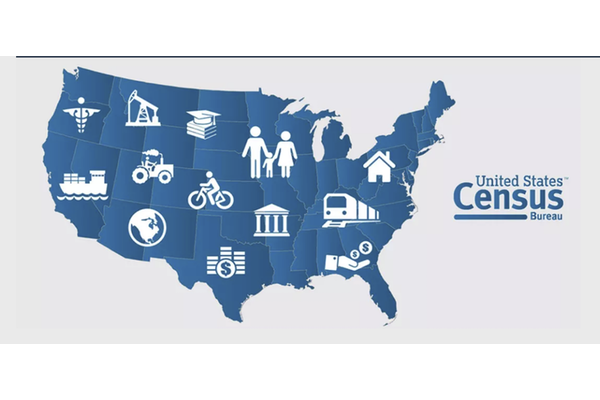 Citizenship is becoming an ever bigger political issue. After some years of heated arguments about undocumented immigrants and whether they ought to be allowed to become citizens, a new front in the citizenship war has broken out over the census. The Trump administration wants to include the following question on the 2020 census form: “Is this person a citizen of the United States?” Possible answers include: born in the US, born abroad of US parents, naturalized citizen, and “not a US citizen”.

It certainly is useful to have accurate data on the citizenship status of our population. But political calculation lurks behind this question, based on the following chain of reasoning. In the midst of a Republican campaign against immigrants and immigration, a citizenship question might frighten immigrants, both legal and not, from responding to the census, thus lowering total population counts. The census results are used to apportion Congressional seats and Electoral College votes, including everyone counted, whether citizen, legal or unauthorized resident. Many federal spending programs distribute funds to states based on population. Places with large numbers of immigrants tend to be Democratic-leaning big cities, so there could be long-range political power implications if the count is skewed. Counting citizens and non-citizens connects to counting votes, the most important constitutional issue of our time.

The biggest impact could be in Democratic California, one of Trump’s most persistent adversaries: 27% of Californians are immigrants and 34% of adults are Latino. Studies have already shown that Latinos were undercounted in the 2010 census and non-Hispanic whites were overcounted, according to the Census Bureau itself. The amount of federal funds that California could lose if a citizenship question causes even larger undercounting could reach billions of dollars.

Commerce Secretary Wilbur Ross, Steve Bannon (then a white House advisor), Kris Kobach (then Kansas Secretary of State), and others decided in early 2018 to put in the citizenship question, last asked in the 1950 census. Ross claimed the impetus came from a concern in the Department of Justice about protecting voting rights, but journalists uncovered an email trail proving he lied. The chief data scientist of the Census Bureau, John Abowd, opposed the addition of a citizenship question, which he said “is very costly” and “harms the quality of the census count”, and would result in “substantially less accurate citizenship status data than are available” from existing government records.

Nevertheless, Ross decided to include the question. Democratic attorneys general for 17 states, the District of Columbia, and many cities and counties have mounted a legal challenge in federal courts across the country. Judges in three federal courts in California, New York, and Maryland have already ruled that there should be no citizenship question. One judge described the argument by Commerce Secretary Ross as “an effort to concoct a rationale bearing no plausible relation to the real reason.” Another judge called the Republican case a “veritable smorgasbord of classic, clear-cut” violations of the Administrative Procedures Act, a 73-year-old law which makes the simple demands that decisions by federal agencies must be grounded in reality and make logical sense.

The Supreme Court has agreed to take the case on an expedited basis. So the census absorbs considerable political weight and becomes itself a constitutional issue, pitting Democrats and Republicans on the stage of the Supreme Court. A lawyer for the Democratic-controlled US House of Representatives will be one of the four attorneys arguing against the citizenship question. He will repeat the political power argument on which the local Democratic authorities based their case: they have standing to sue, because they would lose House seats and federal funds due to deliberately skewed results.

The pure political weight of each seat on the Supreme Court has never been made so clear as in the past three years, where one seat in 2016 became the prize in a naked display of Republican Senatorial political power: we can do this, so we will. Now 5 Republican-appointed justices and 4 Democratic-appointed justices will decide the case. The decision will soon have consequences, when the 2020 Census results are used to allocate state and federal representation by Republican and Democratic legislatures for the next election, and even before that, to allocate federal dollars.

If you are interested in a fuller discussion of the significance of this case, go to the website of the National Constitution Center. It is rare to find a detailed, logical, clear and unbiased description of the facts on such a politically charged issue.

While technical legal issues determine who is a citizen, each party has been proclaiming their version of a good citizen. Republicans have been clear about their version of how a good citizen should act. Hate the free press, because they only tell lies. Physically attacking journalists is okay for a Republican citizen, and elected Republicans will defend your right to do that. The government elected by the citizens is evil, not a democratic institution, but one run by an unelected hidden “deep state”. Nothing is wrong with manipulating the tax system, because taxes are bad, the government wastes the money it collects, and the IRS is an ideological ally of the deep state, anyway. Citizens not only have the constitutional right to resist an oppressive government, but a good citizen treats our federal government as oppressive, and ought to resist it now, with the exception of everything the current President does.

It’s not necessary to be a violent white supremacist to be a good Republican citizen, but that’s not a disqualification. Disqualifications have to do with paperwork, with color, with where one was born, and with ideological viewpoints. Liberals are traitors to America, the worst kind of a citizen. People who believe in the right of a pregnant woman to control her own body are murderers, still citizens, but belonging in jail. Various other crimes of the mind disqualify Americans as good Republican citizens: advocating gun control, believing in climate change, and demanding that we protect the endangered environment.

Democrats need to tell Americans how we think about citizenship, not just the paperwork and the legalities, but the ethics and good behavior. I think a good American citizen:

1) Prizes the diversity of viewpoints that an ethnically and religiously diverse society produces;

2) Believes in the power of government to make people’s lives better;

3) Believes that government should act in the interests of all citizens, especially those who have the least resources;

4) Wants the government to protect the rights of minorities;

5) Believes that personal religion should be a free choice, but that the religious beliefs of no particular group should determine government policy.

If that is not a winning argument about what it means to be an American, then there will be no progress toward creating an equal and just democracy.