The Controversial Presidential Succession Act of 1947 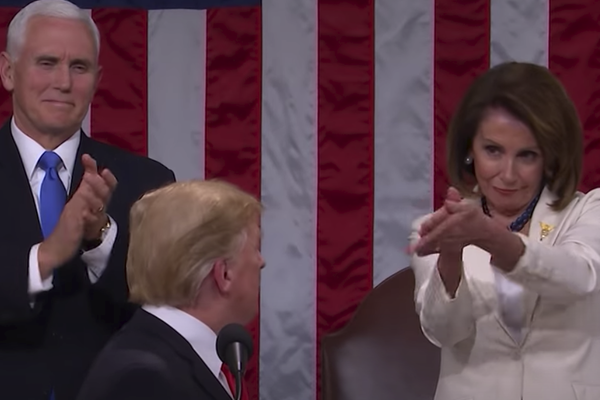 The Presidential Succession Act of 1947 was a purely political, partisan act, enacted by the Republican 80th Congress during Harry Truman’s presidency, and reflecting that party’s desire to place one of their party, either the Speaker of the House or the President Pro Tempore of the Senate, in line for the presidency.

The idea that a member of Congress, who is not part of the executive branch, should be in line for succession was unwise; Cabinet Officers, defined as potential successors by the Presidential Succession Act of 1886, are appointed by, and reflect the ideals and goals of, the President they serve.

Now in 2020, the potential for a succession crisis involving President Donald Trump’s hospitalization with the COVID-19 virus and the infection of many people within the White House has led to alarm by some scholars that Democratic Speaker of the House Nancy Pelosi could be two heart beats away from the Presidency, potentially creating a partisan crisis of succession. Many now think the Succession Act of 1886 needs to be revisited with modifications to the ordering of Cabinet Secretaries, to limit succession to the executive branch. Possible modifications could include moving the most recently created Cabinet position--Secretary of Homeland Security-- up in the order of succession to follow the Attorney General and precede the Secretary of Interior, on the grounds that national security concerns would be paramount.

Since 1947, the two Congressional leaders in the line of succession have been from the opposition party for 44 years out 74 in the case of the Speaker of the House, and 34 years out of 74 for the President Pro Tempore of the Senate; this has made for harrowing moments.

When John F. Kennedy was assassinated, and Lyndon B. Johnson became President, the two people behind him in the line of succession were 73 year-old John W. McCormack of Massachusetts and 86 year-old Carl Hayden of Arizona.

When Spiro Agnew resigned the Vice Presidency in 1973, Cal Albert then, and again when Gerald Ford became President ten months later, was in line of succession for some months, but Albert was known to have major alcohol issues, and did not desire to assume the presidency.

Also, several Speakers of the House were hostile toward the President of the other party and his agenda, which would have meant a drastic change in direction and policies if the Speaker had assumed the Oval Office.  This was so with Thomas “Tip” O’Neill under President Ronald Reagan, Newt Gingrich under President Bill Clinton, and Nancy Pelosi under Presidents George W. Bush and Donald Trump.