Blogs > Ronald L. Feinman > Who Will Form the Biden Cabinet?

Who Will Form the Biden Cabinet? 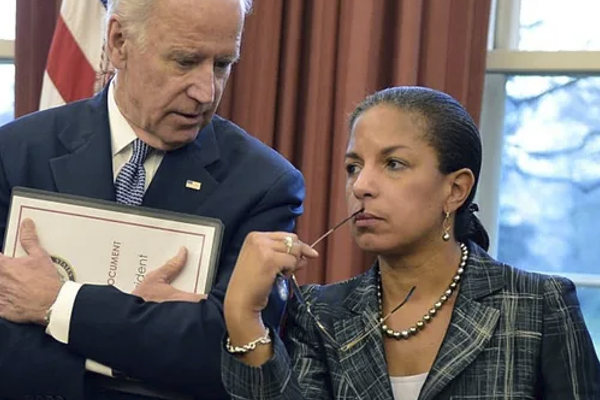 With the victory of President-Elect Joe Biden, it is time for speculation on the potential membership of the 46thpresident’s cabinet.

The US Senate must consider all cabinet appointments. The reality is that the Democrats, at their most fortunate, might have a 50-50 Senate with Vice President Kamala Harris constituting a tiebreaking vote. More likely is a Republican Senate majority after the special elections for the two Georgia Senate seats are decided on January 5, so the selection process must consider realities.

Any nominee perceived as too far to the left will inevitably come to grief in a Senate vote, and any nomination of a current Democratic Senator to the cabinet must consider how the new Senate vacancy would be filled, and by whom.

So the reality of having to negotiate with the Republican opposition, and avoid alienating far left Democrats, will require a balancing act and cautious steps on the part of President Elect Biden.

I propose this cabinet as one that is ideologically balanced and politically achievable.

Secretary of State---Former National Security Advisor and United Nations Ambassador Susan Rice deserves the step up to the State Department. Rice was a finalist in the vice presidential selection process, and gets along with and knows Joe Biden better than almost anyone who worked with him during the Obama years.  She will be excellent in restoring a sensible, rational foreign policy and promoting stronger ties with NATO and democratic allies around the world, while being capable of dealing with authoritarian governments, including Russia, China, Iran, South Korea in a tough and reasonable manner.

Secretary of the Treasury---Former Ohio Republican Governor and Congressman John Kasich was head of the House Budget Committee from 1995-2001, has good relations and friendship with Biden, and also knows how to deal with Wall Street and powerful corporations. He would be an excellent choice. While left wing Democrats would be furious, emphasizing the need to rein in Wall Street influence, in realistic terms, the new president will not want to go to war with Wall Street, while working on policy goals including raising taxes on the wealthy and reversing deregulation and other actions taken by the Trump administration. Every Democratic president since Franklin Roosevelt has one Republican in his cabinet, and since Kasich was against Trump from the beginning and has real credibility and substance, his appointment makes sense.

Secretary of Defense---Illinois Senator Tammy Duckworth, a double-amputee Iraq War veteran, has already served in the department of Veterans Affairs as an Assistant Secretary under Obama. Duckworth has a reputation of being tough minded and capable of meeting the challenge of updating and reorganizing the Pentagon. Since the Governor of Illinois is a Democrat, it would be safe for Duckworth to leave the Senate.

Attorney General----Outgoing Alabama Senator Doug Jones impressed everyone with his prosecution of Ku Klux Klan members involved in the infamous Birmingham Church bombing in 1963, securing indictments and convictions in 2001 as US Attorney in Alabama.  And Jones has made an excellent impression on civil rights and civil liberties matters in his three years in the US Senate, a stark contrast to decades of Alabama senators.

Secretary of the Interior---Washington State Governor Jay Inslee came across very impressively as a Democratic Presidential 2020 contender, and was the most outspoken of all the primary challengers on environmental matters.  His selection would inspire those who wish to reverse the tremendous damage done by the Trump Administration.

Secretary of Agriculture---Ohio Congressman Tim Ryan, another 2020 contender for the White House, would be a good fit as a Midwesterner with concerns about the difficulties that face farm communities in a time when trade and tariff policies can undermine agricultural interests.

Secretary of Commerce---Businessman Tom Steyer, another contender in 2020, made a good impression during his Presidential campaign, and would work to promote commercial revival from the terrible pandemic the nation is suffering through.

Secretary of Labor---Former Massachusetts Governor Deval Patrick, also a 2020 contender, would be a good fit to deal with the problems of working men and women after two distinguished terms as governor.

Secretary of Housing and Urban Development---Former Georgia gubernatorial candidate Stacey Abrams would really make a commitment to improvement of urban life and improvement of housing, an essential need for all Americans.

Secretary of Transportation-- Former Housing and Urban Development Secretary and San Antonio Mayor Julian Castro, also a 2020 presidential contender, would be eager to work on promotion of infrastructure, which is desperately needed but has been ignored by the Trump Administration despite frequent promises of an “Infrastructure Week.”

Secretary of Health and Human Services---New Jersey Senator Cory Booker, also a 2020  presidential contender,  would work to promote an expansion of the Affordable Care Act, and his  seat would be filled by the Democratic Governor of his state, not changing party control.

Secretary of Education---Colorado senator Michael Bennet, also a 2020 presidential contender, was Superintendent of Denver Public Schools, and his seat would be filled by the Democratic Governor of his state.

Secretary of Energy---Former Texas congressman Beto O’Rourke of El Paso, also a 2020 presidential contender, would fit this post in an exceptional way with his knowledge and background about sources of energy, with Texas a crucial state in that regard.

Secretary of Veterans Affairs---Former South Bend, Indiana mayor and presidential contender Pete Buttigieg served in the military, and has a real commitment and emotional involvement with issues veterans face.

Secretary of Homeland Security---Former Massachusetts Senator, Secretary of State, and 2004 Democratic Presidential nominee John Kerry, with his military experience, and his involvement with foreign policy and diplomacy over many years, would be the perfect candidate to work to improve American national security.

United Nations Ambassador---Andrew Yang, another 2020 presidential contender, with his business and personal skills, would be a very good representative of the need for greater interaction and cooperation with that international organization, restoring the faith and importance of international diplomacy.

Additionally, this 16 member Cabinet would include 7 members of color; 9 white members; 13 men and 3 women; 2 who are Jewish, and 1 gay member.  So overall, it would be an extremely talented Cabinet of great expertise and would be able to help President Biden and Vice President Kamala Harris achieve their goals for the nation!