A History Lesson for Newt Gingrich: Andrew Jackson was a Savage Indian Killer

William Loren Katz, author of forty books on American history, is a visiting scholar at New York University. His website is williamlkatz.com. A new, expanded edition of his 1986 book "Black Indians: A Hidden Heritage" was just published. 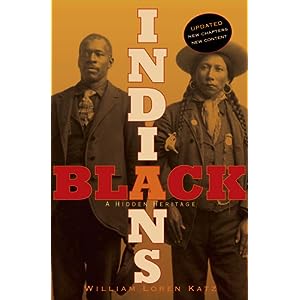 "It's not that I'm a good debater. It's that I articulate the deepest-felt values of the American people," announced the victorious Newt Gingrich in South Carolina. Republican voters [only two percent were African Americans] saw his tough, angry, racial language as straight talking. He eagerly strummed racial themes—black urban pupils ought to serve as assistant janitors to learn what is really needed in school, which is how to stick to a job and make and spend money. He then suggested the urban poor need to get jobs and learn decent work habits rather than accept handouts from the “greatest food stamp president.”

He was also comfortable with violent rhetoric. To a voter who suggested he punch President Obama in the mouth, he responded, “I’d like to knock him out!” As for the Second Amendment, it's "not just for hunting pheasants" but a "political right." He tongue-lashed a TV journalist for questioning his casual approach to marriage. He not only slapped down the African American Fox News moderator Juan Williams for questioning his racial appeals, but he then ran his rant against Williams as a campaign ad. Gingrich was the winner in South Carolina, and so was his in-your-face, openly racial campaign style.

We have repeatedly tried to walk away from this kind of divisive, nasty politics.

The build-up began of course with Obama’s entry into the presidential primaries that brought so many death threats the Secret Service provided him earlier protection than any candidate in history. Rupert Murdoch was an eager participant. On May 25, 2008 his Fox TV News co-anchor Liz Trotta in New York signed off her Sunday evening news broadcast by urging that “somebody knock off Osama, um, Obama—well both, if we could.” On February 18, 2009, the day after now President Obama signed the stimulus package, New Yorkers awoke to a cartoon in Murdoch’s New York Post that showed two white policemen identifying the dead chimpanzee they just shot as the author of the stimulus package. Does a comment on a TV news broadcast heard by millions, or a newspaper cartoon seen by tens of thousands, simply disappear into the night, or does it linger?

Gingrich’s words in praise of General Andrew Jackson's red-meat belligerence in South Carolina are worth thinking about, and personally annoy me. On January 16, he lectured voters on history. “South Carolina and the Revolutionary War had a young thirteen-year-old named Andrew Jackson. He was sabered by a British officer and wore a scar his whole life. Andrew Jackson had a pretty clear idea about America’s enemies: Kill them!” The crowd loudly approved.

First, how does “kill them!” rate as an approach to foes? We know the British were once our enemy and the're now one of our closest allies; Germany, Japan and Italy were enemies and now fairly reliable friends. Is “kill them!” a good foreign policy objective in the Middle East? Has it been successful in Iraq or Afghanistan? Should "kill them!" apply to countries that sometimes sound like foes—Russia, Iran and China, to name three?

Also, what does the Gingrich's embrace of General Jackson as a hero tell us? He was the hero of New Orleans where he defeated a vastly superior British army (and in this had the support enslaved and free African Americans, Choctaw and other Indians). But he was never a hero to Native Americans—they called him "Long Knife." He was elected president as a successful "Indian-fighter" and then authorized the U.S. Army to remove 70,000 peaceful people from their homes in the Southern states and deport them at bayonet point on the infamous "Trail of Tears." As a Tennessee slave trader and slaveholder, he could hardly be considered a hero of the families he held in bondage.

If ever Jackson showed his unrestrained belligerence, it was when he led a U.S. invasion of Florida. His goal was to throttle an alliance of African American escaped slaves and Seminole Indians who had lived there for years, a rainbow coalition peacefully bringing up their families, defending their lives, freedom and land. He also planned to take Florida from Spain and claimed it by right of conquest. An updated edition of my book Black Indians came out a week before Gingrich's words, and spends entire chapters on the Florida invasion to destroy the Black-Seminole communities.

Since Southern planters were driven to sputtering fury by the nearby presence of successful and armed communities of people of color, for years they had been sending armed slave-hunting posses into Florida. By 1818 the slaveholder grip on U.S. foreign and domestic policies helped send Jackson and the strongest army in the Americas to defeat these freedom-fighters and take Florida.

This is what I wrote in the current edition:

Jackson's invasion of 1818 did more than take Florida from Spain. It threw the United States into a war to prevent the Black Seminole alliance from disturbing the South's plantation system. Slaveholder James Monroe secretly ordered the invasion, and slaveholder General Andrew Jackson conducted it to provide the president "plausible deniability." Secretary of State John Quincy Adams lied to Congress about the war's intent, massacres, and clear violation of the Constitution. Only Congress can declare war. Adams further declared opponents of the war were "aiding the enemy" and said Jackson's atrocities were efforts at "peace, friendship and liberality." To these leaders Florida's African Seminole alliance was a dangerous beacon light, refuge and a massive underground railroad for their slaves, writes historian William Weeks. They feared it would trigger a rebellion that could destroy the U.S. plantation system. Their words and actions as government officials, Weeks writes, remind “historians not to search for the truth in the official explanation of events.”

Old wounds, fevers, and malaria aggravated Jackson's hatred as he threw himself into this “savage and negro war.” He ordered his men to destroy crops, take women and children hostage, and deploy savage dogs. He claimed “self-defense” and “the purest patriotism,” and at the end boasted to his wife, “the enemy is scattered over the whole face of the Earth, and at least one half must starve and die with disease.

Jackson, Monroe administration officials, and now Newt Gingrich believed the general a gallant, selfless patriot fighting for a noble cause. Gingrich's take on history and Jackson as a "kill them!" hero reveals how he intends to run for the White House, and suggests how he would pursue foreign and domestic goals.