Dennis Gaffney is an Albany writer. He recently co-authored the book "The Seven-Day Scholar: The Presidents." For more information on the book visit www.7dayscholar.com. 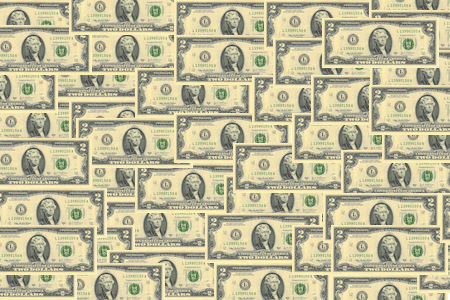 Those looking for guidance on how to chisel the federal debt today might re-examine how Thomas Jefferson and his Democratic-Republican party tackled the issue. Jefferson, who fought personal debt all his days, made the erasure of the federal debt his number one priority after his first election in 1800. He believed debt siphoned money from taxpayers by forcing them to pay interest, giving more funds -- and hence, power -- to bankers, who Jefferson deeply distrusted. The choice for Americans, Jefferson believed, was between “economy and liberty” and “profusion and servitude.”

Jefferson understood that debt was necessary to pay for war and to invest in the public good, but he believed that “neither the representatives of a nation, nor the whole nation itself, assembled can validly engage debts beyond what they may pay in their own time....” That was a generation, according to Jefferson, and his debt reduction plan, devised by his Secretary of Treasury Albert Gallatin, was to eliminate the debt he inherited in sixteen years.

It was a formidable task. When Jefferson came into the presidency in 1800, the country was $83 million in debt, most of it from the Revolutionary War. He started his attack by doing what most Republican deficit-hawks today suggest: he went after the federal civilian bureaucracy. “We are hunting out and abolishing multitudes of useless offices,” he proudly wrote his son-in-law, “striking off jobs, lopping them down silently.”

The problem was that the civilian government was more muscle than lard, including only 130 employees. Gallatin explained to Jefferson that while cutting civilian jobs saved thousands of dollars, they could save hundreds of thousands more if they followed federal expenditures, which mostly went to the military.

What Jefferson did next is near heresy to all deficit hawks today -- he took an axe to the military budget. Jefferson argued that funding a standing army in peacetime was worse than a waste of money, and wrote in his 1801 inaugural address, “Sound principles will not justify our taxing the industry of our fellow citizens to accumulate treasure for wars to happen we know not when, and which might not perhaps happen but from the temptations offered by that treasure.” Jefferson believed a standing army invited wars, as prescient an observation as Jefferson ever made.

Jefferson used his strong Republican-Democratic majority in Congress to release a third of all soldiers from the standing army, including 87 officers, and eliminate 195 Navy men. He canceled plans to build several Navy ships, the highest priced weapons of the day, dry-docking some existing ones. He cut the Navy by about a million dollars, a reduction of more than half, a policy that jibed with the views of most Americans, who didn’t want to spend the money it would take to build a big-boat navy. The naval cuts hurt the United States in its open seas conflicts with Britain before and during the War of 1812. But Jefferson and his allies believed that the young country was in no position to even try to compete with Britain’s powerful navy, and they were probably right. He also cut the army’s budget by half, although that took a few more years. (For perspective, the “draconian” automatic cuts to the military now threatened would cut the military by less than ten percent, a far smaller slice from a far larger military, by any measurement.)

These budget cuts freed $7 million in revenues annually, which Gallatin diverted to retiring the debt. What was even more impressive was that Jefferson concurrently cut taxes, and he did so in a way that benefited the poor rather than the rich. Jefferson eliminated internal taxes such as George Washington’s hated whiskey tax that had so infuriated American farmers who produced and sold alcohol. That cut alone cost $600,000 in revenues annually, leaving the government to rely more on import tariffs -- many as high as 50 percent -- more likely paid by wealthier Americans. (Jefferson argued that farmers made their own goods.) At his second inaugural in 1805, Jefferson could proudly ask the rhetorical question: “What farmer, what mechanic, what laborer ever sees a tax-gatherer of the United States?”

The booming U.S. economy, in which imports tripled from $23 million in 1790 to $78 million in 1807, brought in far more tariffs to pay off the debt. Still, the deficit-cutting plan hit a setback when Jefferson decided in 1803 to add $15 million of debt to the mound he inherited. The reason? The Louisiana Purchase.

That acquisition was one of Jefferson’s two proudest achievements as president. The other was his ability to reduce the debt by almost a third. How Jefferson achieved that feat -- by fearlessly cutting the military, shifting taxes from the poor to the rich, and relying on a boom economy to generate more revenues, are all worth considering this time round.