Ronald Radosh is an Adjunct Fellow at The Hudson Institute and a columnist for PJ Media. 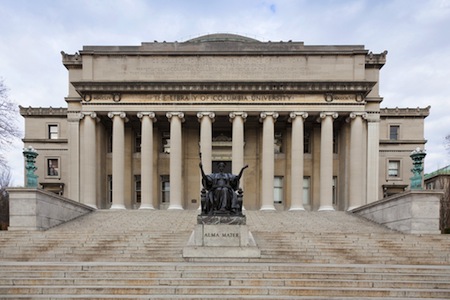 Cross-posted from Minding the Campus

Can it be that "it is not left-wing academics, but ideologues of the radical right, who are pursuing political correctness in American universities?" No, not really, but that's what the 1960's activist and historian, and more recently labor lawyer, Staughton Lynd, argues on The History News Network site. In a hagiographic obituary for historian Herbert Shapiro, Lynd charges that the right has purged faculties by selecting for teachers friendly to "the unrestricted pursuit of profit." He says flatly, "conservatism rather than radicalism threatens the free exchange of ideas, intellectual tolerance, and the life of the mind in academia."

Lynd's case is thin and rambling. Echoing Shapiro, he starts with a minor incident from the 1890s, citing a regent of the University of Wisconsin who said that the economist Richard Ely was writing "utopian, impractical and pernicious books," and in Lynd's words, was accused of "consorting with union organizers, and supporting strikes." Why cite this now? As Lynd undoubtedly knows, many universities today have labor history studies, as well as entire departments dedicated to training union personnel, with no one risking dismissal for "consorting with union organizers."

The University of Washington even has a "Harry Bridges School for Labor Studies," named after the head of the International Longshoremen and Warehouse Union -- and secret member of the American Communist Party's Central Committee. And in New York City, for example, the Graduate Center of the City University of New York contains "The Center for Place, Culture and Politics," "The American Social History Project," and ¨"The Center for the Study of Culture, Technology and Work," and other similar centers all devoted to setting a radical agenda for our country's transformation. If the right wing were to establish similar centers in major universities devoted to creating a new generation of activists on the right, he would be yelling bloody murder about how conservatives have taken over our universities. These centers are all good examples of the politicization of the universities by the academic left, clearly a development Lynd looks upon favorably.

Leaping from the 1890s to the 1940s, Lynd picks on a favorite target of the far left -- the Rapp-Coudert Committee. It "forced the dismissal of more than forty college faculty," including the Communists Philip S. Foner and Morris U. Schappes, the latter who "was sent to prison for supposedly testifying untruthfully to the Committee as to the number of his colleagues whom he knew to be communists." (Schappes was, in fact, lying, as I'm certain Lynd knows.)

The Committee, set up by the New York State legislature, held hearings between 1940 and 1942 to investigate so-called seditious activities. Recently, in an article written for an exhibit about the firings displayed at CUNY, Carol Smith referred to the hearings as a "dress rehearsal for McCarthyism."

I hold no brief for a government investigation at any university carried out to probe so-called "subversive" activity on the campus, particularly when it meant investigating the political views and activities of faculty members. They were denied counsel, pressured to reveal the names of colleagues involved in leftist activities, and if they acknowledged they were Communists, they had to name other Communists. But this is not the entire story.

Smith also writes that faculty members had joined the Communist Party because they "viewed it as the most effective political vehicle to combat Fascism, unemployment, and social and racial injustice." The Communists, in other words, were simply "liberals in a hurry," uncompromising fighters on behalf of the people. But in fact the professors closely followed the Communist Party line, attacking FDR and defending Hitler when the Hitler-Stalin pact was in force, then switching positions abruptly to attack Hitler after he invaded the Soviet Union.

What Smith does not address, however, is whether or not the professors who were called to testify used their position to try and promote Communist policy to their students, itself a violation of the principle of academic freedom.

Why, then, when the Board of Higher Education acted after receiving the Committee's report, and suspended those faculty members who had testified at public hearings and refused to name others they knew to be Communists, did the public not rally to their defense and demand that the dismissed teachers be hired back? After all, were not the largely Jewish student body and their parents also opposed to Fascism? Did they not want to defend Schappes and the other Jewish professors and one African-American professor who were fired?

The answer is simple. The Communists were promoting a pro-fascist foreign policy. That stance is what led most New Yorkers to look askance at them. If the public now looked favorably upon the activities of the anti-Communist legislators of New York State, their task was made more than easy for them by the position taken by the subpoenaed Communist professors. The reason the Board of Higher Education fired them was clearly because the public pressure of New Yorkers forced them to acquiesce in taking action of an anti-Communist nature. Today's reality is quite different. We do not live in the atmosphere of the hearings in the period before the U.S. entered World War II. At any rate, it is odd to cite a mid-1940s episode as indicative of right-wing power on campus now. In 1981, CUNY made public restitution, expressing "profound regret" at the firings and forced resignations of its professors because of their membership in the Communist Party.

(Shapiro) critiqued, in turn, Illiberal Education by Dinesh D'Souza, Alan Bloom's Closing of the American Mind, C. Vann Woodward at the end of his career, Eugene Genovese, Arthur Schlesinger, Jr, Gertrude Himmelfarb, and Ronald Radosh. He cites the work of Gilbert Allardyce as showing that courses on Western civilization championed by opponents of PC had their origin in the course on war aims developed at Columbia University during World War I. He praises On Active Service in Peace and War by Jesse Lemisch.

Personally, I am flattered to learn that Shapiro and Lynd put me in such distinguished company, especially in a list of the great historians Arthur M. Schlesinger, Jr., Gertrude Himmelfarb and Eugene D. Genovese -- an honor I certainly do not deserve. But it says a great deal that to Lynd (and the late Shapiro), Arthur Schlesinger Jr. is no different from the conservative historians, because all three were anti-Communist and opposed to political correctness and multiculturalism. The lumping together of conservatives and anti-Communist liberals often seems reflexive on the left.

Lynd also mentions as worthwhile a 145-page book by left-wing historian Jesse Lemisch, widely considered one of the founding fathers of "history from the bottom up." I know it well, because the book contains one blurb, written by me -- one of the worst choices I made in my years as a man of the Left.

Discussing the work of a historian of the Populists, Norman Pollack, Lemisch writes that historians who challenged him and his thesis were guilty of -- you guessed it -- "McCarthyism." He writes: "The suggestion that a school of historians which thought itself primarily liberal was in fact McCarthyite won Pollack few friends among historians." This is the kind of nonsensical analysis of the period that Lynd still finds admirable and persuasive. The scholars Lemisch hates most are not conservatives, but people like Nathan Glazer, Seymour Martin Lipset and Jacques Barzun -- all decent liberals who were critics of the New Left. The only reason people have to consult Lemisch's work is to study the way in which would-be intellectuals of the New Left saw reality in the upside-down world of the 1960s.

Recently, during the anniversary of the book's publication in 1975, Lemisch was feted at a forum held at New York University at which Lynd and Blanche Wiesen Cook both took part. That too is a solid example of how a major academic institution has been taken over by far-left radicals, who use their power and position to enforce leftist orthodoxy, while complaining that they are repressed and how the right controls the academy.

Christopher Lasch, himself a man of the Left, wrote that "the worst features of progressive historiography reappear under the auspices of the new left: drastic simplification of issues; ... reading present concerns back into the past; strident partisanship." Lasch might as well been writing about Lynd, although as David Greenberg points out in The New Republic, he was actually commenting on the work of Howard Zinn. This is the essence of political correctness, and what Staughton Lynd writes in his new essay proves precisely the opposite of the case he seeks to argue.