Are We Still in the Dead Grip of a Premodern Conception of Time?

George E. Marcus is Professor of Political Science at Williams College and Councilor of the International Society of Political Psychology. He is the author of numerous books and articles on political tolerance, emotion, and politics.

This article is excerpted from his recent textbook, "Political Psychology." By permission of Oxford University Press, USA. 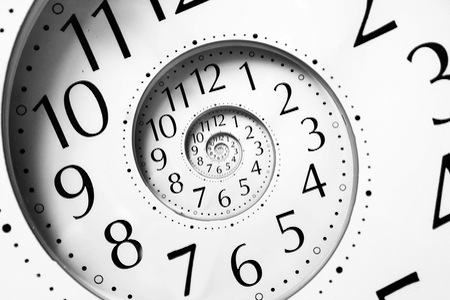 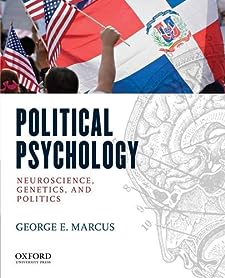 Time would seem to be easy to grasp. There is yesterday, today, and tomorrow. Nonetheless, that simple array of past, present, and future, hides two quite different understandings of time. And, those two different understandings shape the premodern and modern sensibilities. It would be a mistake to assert that the premoderns had one conception and the moderns a different conception. Life is not so easily categorized into errorless taxonomies (as you may recall from Madison’s argument in Federalist Paper No. 37). It is more accurate to say that in the modern era some hew, by and large, to the premodern conception, some hew to the modern conception, and most of us adhere, haphazardly to one or the other as circumstances warrant. But that is getting ahead of ourselves. So, what is the premodern conception of time?

Philosopher Hannah Arendt advanced the critical insight that the distinction between the premodern and the modern was at its core a radical change in the conception of time. She used the concept of revolution to illustrate the difference between the premodern and the modern. This example is quite useful as it explicitly focuses on the political. For one of the core issues of political psychology is to help ascertain the type of political regime that is best suited to the vagaries of human nature. And, revolutions change from one type of regime to another.

Why apply the word “revolution” to a change of regime type? For the word revolution, literally, means to revolve around something. Hence, it should not seem to be apt to describe how one type of regime (say a monarchy) is overthrown and a republic established in its place as “revolving.” In the modern era we associate political revolutions, such as the American, French, and Russian, with the introduction of something new, a new regime. So, how can a word that expresses a revolving be applicable? Well, that depends on our conception of time.

As Arendt noted, in the premodern world the predominant notion of time was time as repeating cycles. Look around and we observe natural cycles, repetitions, all around. Time’s passage is readily understood as recurring repetition, both in its daily course, morning, noon, afternoon, and night, and its yearly transit through the seasons, spring, summer, fall, and winter. These cycles mirror those of our natural lives, spring birth, summer = growth into adulthood, fall = passage to old age, winter = death. And, we see the same cycles in agriculture, planting in the spring, crops growing in the summer, crops being harvested in late summer, in the fall plowing the field to prepare the soil for the dormant period of winter. The life cycle is replicated throughout the plant and animal kingdoms.

The planets and stars in the sky also seem to move in recurring cycles, as do the ocean tides. Human activities have long been linked to these cycles, for example, when to plant, when to harvest, when to expect the birth of animals. It is not then surprising to find that the development of calendars in all societies marks the important connections between natural cycles, lunar and annual transit of the sun, and recurring human events.

Cycles are revealed throughout human affairs, as in the “natural” growth of empire: its vigorous youth, its mature phase, followed by aging into decrepitude through indulgence and torpor, and finally its death. Historians tell such stories well. And, we often claim to see cycles in human affairs.. Economists speak of the business cycle. Political scientists describe election cycles. So do those who believe in astrology. We search for recurring patterns that provide us with confidence that our past foretells the future. Libraries are full of tales of repetition, and time is the passage through repeating cycles.

If time recurs in cycles, then it makes sense to speak of violent and sudden change from an “old” regime to the “birth” of a new regime as a revolution. Thus, we apply the analogy to human births, which also are marked by blood and pain, and sadly, the occasional death of the birth mother, much as many revolutionaries are consumed in the turmoil and fight for power of the events they help initiate (see the French and Russian revolutions for many examples). After their victory, French revolutionaries celebrated their overthrow of the monarchy by dressing in Roman togas. They understood what they had done as toppling a decaying corrupt dying regime so that a new republic could be born to take its place. They took as their aspirational model the Roman Senate, hoping that something young and vigorous would arise to replace the monarchy they toppled.

A revolution describes the destruction of the monarchy, much as in agriculture the prior season’s crop’s detritus must be plowed under to make way so that the new crop can be planted. They understood what they had accomplished as a revolution, using violence to push the wheel of history a bit faster. This conception of time enables an empirical connection to become a normative framework. If spring is when life begins anew then that is when it is best to plant and begin. As all living things age and die, so it will be political regimes and empires. All come to a natural end.

The revolving cycle of life is also apparent in the notion of fate, that is, that life has a natural order. Though often hidden from view, our fate controls our destinies.

Our lives, thus, express the natural order. To rebel against our fate is at best futile, and at worse risks destruction. It is best to “accept one’s fate.” If we would but accept the natural order has often become both a religious and secular admonition that remains influential even in the modern era. Hence, this conception of time is much infused with political significance. Those who defend the natural order of things are doing so because to do otherwise is to challenge nature, whether we conceive of nature as secular or as divinely infused. Those who would wish others ruled, or that other social and political practices be installed, are risking destruction. Time as cyclical, especially when married to the idea of fate and destiny, is inherently conservative, protective of the established social order, established political authority, and dominant traditions. In addition, with time as cyclical, the debate between advocates of democracy, such as Aristotle, and those who advocated aristocratic rule, such as Plato, is stable. Nothing new will alter that debate for human nature is fixed and our natures either suit us for democracy, as some have it, or for aristocracy, as others have it. With time expressed as recurring cycles there is no escape, we are destined by our nature to live within the constants of time’s passage.

Within the premodern perspective of time as cyclical, we have a use for political psychology, but it would have a very limited agenda: How do we find the individuals who have the talent to rule, and how do we train them to obtain the clarity and knowledge suited to challenges of ruling? A political psychology that works within the premodern conception of time will focus on the pattern of recurring cycles. How fast do regimes retain their vigor? What options are there for when a regime’s natural life saps and declines? Can a younger generation produce new leaders able to take power? And, is that natural transition helped or hindered by the array of traditions and institutions in place? Moreover, the power and aspirations of ruler would be tempered by the natural limits of cyclical time. Because life and death are natural, the most governments and politics can do is to ease the passage for many. It would be folly to challenge the natural limits of time. Youth can replace the old and infirm, but our natures are, apart from its passage through the stages of life, fixed. Our agenda would turn to such topics as political socialization and of course its partner, the study of personality. We would want, then as now, to focus on what produces virtue and what corrupts. A particular concern would be how to master passages as when those who rule become, as time’s passage ensures that they will, decadent and lethargic.

If natural and human affairs are repetitive, then knowledge has a particular focus. Those who know are those who have been in a position to observe the recurring patterns of life. Close observation, apart from the mysteries of luck, gives clarity as to the future; if human affairs are cyclical in their evolution then knowledge of cycles, whether astronomical, natural events on earth, or human, should be the basis of authority. We can observe that in many communities newer residents are expected to be quiet and rely on the local wisdom of the longtime residents. Elders, who have the wisdom gained by long life and long observation, are best able to guide the young. Traditions should be respected as they have proven their worth through the repetitive patterns of many seasons. Here an epistemology has a clear impact on politics and more precisely the issue of who should rule. Those who can best read the past and present are better able to guide the city or nation. A theory of time becomes a normative theory of rulership.

Time as recurring cycles, resplendent with analogies drawn from nature, the seasons, and so on, leads to a political psychology bound within the restraints of time so conceived. Free those restrictions, and a new and different conception, and new possibilities become evident. And, with the enlightenment, came a new conception of time. Rather than time as a wheel that rotates from beginning to recurring end and return again in endless repetition, the enlightenment thinkers reconceived time as an engine that, as a train on tracks, drives along a line from past to future. Time as progress replaced time as cyclical repetition.