Ronald Radosh is coauthor, with Allis Radosh, of "Red Star Over Hollywood: The Film Colony’s Long Romance with the Left." 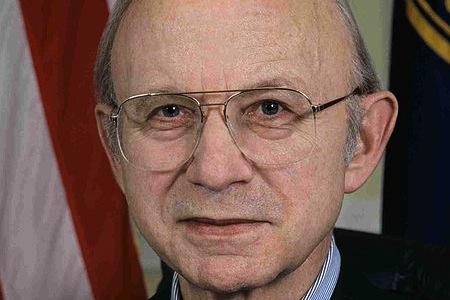 Originally printed in the Weekly Standard.

The historian Allen Weinstein has had, by any standard, an illustrious career. For some years, he was a professor of history at Smith. Moving on, he created and served as director of the Center for Democracy, which promoted democracy abroad and played a major role in validating the critical election in the Philippines that led to the demise of the Marcos dictatorship and helped Boris Yeltsin during the downfall of the Soviet Union.He was also a member of the editorial board of the Washington Post and served as archivist of the United States during 2005-08.

These achievements are outstanding, but his most significant contribution was writing the pathbreaking account of the Hiss-Chambers case, Perjury, first published by Knopf in 1978. A revised edition of this classic has now been published by the Hoover Institution, which serves as the repository for Weinstein’s papers, including those related to the work he did while preparing Perjury in the 1970s.

An entire generation has come of age knowing little, if anything, about the Hiss case, its significance during the Cold War, and its repercussions in American life. Now, with the addition of interviews and profiles of significant figures involved, today’s students of history can discover for themselves the importance of the case and why so many had their assumptions shattered upon Perjury’sappearance.

Of course, Weinstein started out believing that Alger Hiss was innocent and had likely been framed -- a largely standard belief for liberal intellectuals of the day, who loathed Richard Nixon. As a member of the House Committee on Un-American Activities, Nixon had come to believe that Hiss’s accuser, Whittaker Chambers, and not Hiss, was the man telling the truth when testifying before the committee.

Alger Hiss was a former State Department official who had accompanied President Franklin Roosevelt to the Yalta Conference and who, when Chambers accused him of espionage, was director of the Carnegie Endowment for International Peace. Had Hiss actually spied for the Soviet Union in the 1930s (as Chambers claimed), many liberals believed that conservatives might succeed in their attempt to tarnish the reputation of American liberalism in its heyday. Indeed, rather than accept the evidence indicating that Hiss had been working for the Soviets, mainstream liberal spokesmen believed that Hiss had been framed by Republicans looking to use the case to smear the administrations of FDR and Harry Truman. Dean Acheson, Truman’s secretary of state, defended Hiss, and Truman referred to the Hiss trial as a “red herring.”

Hiss’s conviction of perjury in his second trial -- the espionage statute having expired -- led most Americans to believe that Hiss had been guilty of spying for Stalin. The liberal mainstream, however, continued to argue that Hiss was innocent, and backed up Hiss’s own professions of innocence with scores of books and articles over the years positing how the conspiracy to frame Hiss had been put in place. We learned about “forgery by typewriter,” supposedly false testimony by Whittaker Chambers, and numerous explanations of how the (Truman!) Justice Department fabricated its case.

When Weinstein first published Perjury, the impact was enormous. But the road ahead was paved with obstacles. Nixon refused to be interviewed when Weinstein traveled to San Clemente in 1975: His aide told Weinstein that Nixon wasn’t “seeing people of your ilk yet.” Years later, when Weinstein bumped into a semi-rehabilitated Nixon at the Chinese embassy, Nixon strode up to him and, turning to Weinstein’s wife, said: “Gutsy fellow, your husband. It took courage to write that book.”

To understand just how much courage it took for Weinstein to change his original assumption about Hiss’s innocence, and to follow where the evidence led him, we have to recall how much was at stake for liberals in defending Hiss. After all, Alger Hiss had appeared to serve with distinction in various New Deal agencies before moving to the Department of State; he was one of the legions of idealistic public servants who came to Washington to serve the new reform-minded administration. As Weinstein puts it in his new introduction,

[M]any of the left-liberals growing up in the Silent Fifties were well disposed to believe Hiss’s version of events. His innocence was a matter of faith, if only because Chambers, Nixon, [J. Edgar] Hoover and others on the anti-Communist right were his political enemies. Hiss’s fate symbolized for young liberals the quintessence of McCarthyism, its paranoid fear of any public figure to the left of Dwight Eisenhower.

Much of the opposition to Weinstein, however, derived not from the facts uncovered by his work, but from the need to demonize his findings lest the public realize that there really was an internal Soviet apparatus seeking to discover our nation’s top secrets. And primary in that effort was The Nation, which editorialized that Weinstein had “misquoted and misrepresented” sources and written “false history.” Weinstein, added The Nation, had “aligned himself with those Cold War intellectuals who presumably sleep better at night secure in the knowledge that there was an internal Communist espionage menace.”

Allen Weinstein withstood those attacks, and with grace and firmness. Now a new generation has the chance to acquaint itself with a work that changed our view of the past and made history.