Why Is Arbitration Legally Binding?

Imre Stephen Szalai, a professor at Loyola University New Orleans College of Law, is the author of "Outsourcing Justice: The Rise of Modern Arbitration Laws in America," which relies on previously-untapped archival sources to explore the history of America’s arbitration laws. 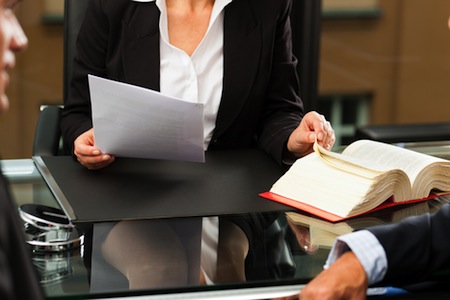 “Daddy, can you please come to the television? Netflix is not working.” My children had successfully used Netflix’s online service to stream movies to our TV several times before, and I thought perhaps a cable had become disconnected. When I walked to the TV, I saw an arbitration notice flashing across the screen stating that if I wanted to continue using Netflix, I must agree to submit any dispute with Netflix to a private arbitrator instead of a court. In order to start the movie, I grabbed the remote, pushed a button, and zapped away my right to bring a lawsuit in court.

Arbitration is a method of dispute resolution where a private, neutral third person, instead of a judge and jury in a more formal court system, decides disputes between two parties. Arbitration clauses -- stating that a party can only bring disputes in arbitration -- are routinely buried in fine print in employment contracts and in all types of consumer transactions, like in gym membership agreements, cell phone contracts, mortgages, construction agreements, health care and health insurance agreements, and agreements with banks and brokerage services. Such clauses have appeared on Cheerios boxes, on the back of McDonald’s French fry cartons, and on the front door of fast-food restaurants. A hospital made me sign an arbitration clause before my first child was delivered.

I have often wondered why arbitration clauses are so ubiquitous in American society. Because arbitration is typically secretive, and parties involved in an arbitration proceeding usually have very limited rights compared to court litigation, arbitration is not always in the best interests of consumers or employees. Yet, courts routinely enforce these clauses and order consumers and employees to a second-class, secretive system of justice.

In 1925, Congress enacted the Federal Arbitration Act to declare that arbitration agreements are “valid, irrevocable, and enforceable.” Prior to 1925, courts generally refused to enforce arbitration agreements. Merchants, particularly those involved in interstate trade, lobbied Congress to enact this law because they desired a quick, cheap, binding way to resolve routine contractual disputes with other merchants outside of court. At this time, merchants were frustrated with the court system because the courts had become plagued with hyper-technical, confusing rules and overburdened by heavy dockets, including many Prohibition-related cases. Also, making arbitration agreements binding resonated with reformers who had just lived through the horrors of the First World War and who believed that minimizing economic rivalries could help reduce the possibility of future wars.

Congress never intended this old law to serve as a shield for widespread wrongdoing. It enacted the Federal Arbitration Act to enable the resolution of claims, not to thwart the resolution of claims. Unfortunately, the Supreme Court has been repeatedly misconstruing and stretching this old law beyond its original meaning in many different ways, and as a result, consumers and employees are stripped of justice and their rights to pursue claims in court.

The Supreme Court’s interpretations of the Federal Arbitration Act have been flawed in many respects. For example, the Supreme Court has held that this old 1925 statute applies in state courts, covers arbitration clauses in employment agreements, and applies to arbitration clauses in consumer contracts presented on a “take-it-or-leave-it” basis. However, the background of the Federal Arbitration Act’s enactment and documents from the drafters and reformers who lobbied for this statute demonstrate that the statute was never intended to apply in state courts or the employment context. There is also a Congressional committee hearing from the 1920s where witnesses and members of Congress confirmed the statute would not apply to “take-it-or-leave-it” contracts.

Even more troubling, over the last few years, the United States Supreme Court and lower courts have severely restricted the availability of class actions by relying on arbitration clauses buried in fine print and forcing consumers and employees to arbitrate an individual claim instead of pursuing a class action in court.

Class actions serve an invaluable role in America. The Supreme Court’s landmark Brown v. Board of Education decision, which abolished segregation in our public schools, involved class-action litigation, and class actions have provided relief to millions of consumers, employees, and others who suffered harm from dangerous products, deceptive business practices, and large-scale wrongdoing. In modern society, corporate misconduct can inflict a multitude with identical, relatively small harms. If a large company wrongfully charges 17 million customers $30, it may be impractical for one customer to bring an individual lawsuit in court for $30, and a class action may be the only realistic opportunity for customers to remedy the situation. As one federal judge colorfully stated, “[t]he realistic alternative to a class action is not 17 million individual suits, but zero individual suits, as only a lunatic or a fanatic sues for $30.” When individual pursuit of justice is impractical, class actions can efficiently vindicate the rights of a large group. However, recent Supreme Court rulings involving AT&T and American Express have used the old 1925 arbitration law to limit the possibility of bringing a class action. When Congress enacted the Federal Arbitration Act in 1925, modern, complex class-action litigation did not even exist, and thus, Congress never contemplated that arbitration agreements could prohibit parties from pursuing class actions in court.

The Supreme Court has ignored the rich history behind the Federal Arbitration Act and twisted the statute’s meaning and application in many ways. Former Justice Sandra Day O’Connor has stated that the “Court has abandoned all pretense of ascertaining congressional intent with respect to the Federal Arbitration Act, building instead, case by case, an edifice of its own creation.” Former Justice John Paul Stevens has criticized his colleagues on the Court as “playing ostrich” with the history that demonstrates the statute was intended to cover routine contract disputes between merchants, not employment or consumer disputes. The Supreme Court is wrongfully outsourcing justice for millions of Americans who are being shut out from the courthouse and relegated to a secretive justice system with very limited rights.