Alison Bateman-House (MA, MPH) is a doctoral candidate at Columbia University's Center for the History and Ethics of Public Health at the Mailman School of Public Health. 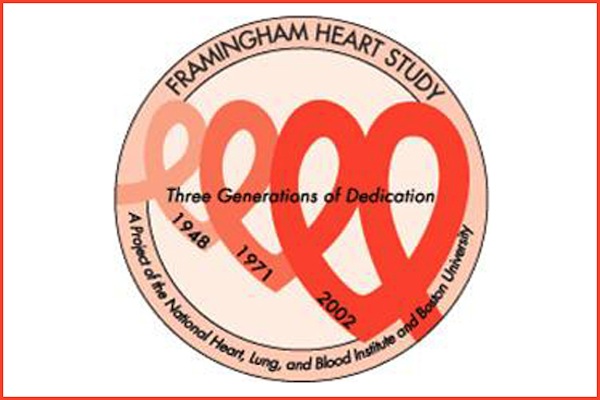 A heated battle is raging in court -- and in the court of public opinion -- over the plans of electronic giant LG to build its headquarters on New Jersey’s Palisades, the natural cliffs lining the Hudson River. In 1965 the Palisades were designated a National Historic Landmark by Congress, reflecting decades of effort to protect the Palisades and to prevent their development. Opponents of the LG complex charge that constructing a tall building would undo the longstanding effort to maintain the area’s scenic beauty. In contrast, there is no public outcry over the fate of another longstanding effort, the Framingham Heart Study. A groundbreaking longitudinal study that helped shape how medical professionals understand cardiovascular disease, the ongoing study offers the promise of further discoveries. This promise is threatened, however, by a looming 40 percent reduction in funding due to the sequester, the automatic budget cuts on federal spending that arose from brinkmanship between the president and Congress.

The history of medicine is replete with gruesome tales of infectious scourges cutting a path through a helpless population. But by the mid-twentieth century chronic illnesses such as cancer and heart disease had outpaced infectious diseases as the leading causes of morbidity and mortality in the United States. Recognition of this so-called epidemiological transition galvanized the creation of a pioneering study investigating the causes and corollaries of heart disease within the community of Framingham, Massachusetts. With the causes of heart disease all but unknown, the U.S. Public Health Service created the Framingham Heart Study with the idea of following for decades a large number of individuals who had not suffered a heart attack or stroke and who did not display signs of heart disease in order to identify common factors or characteristics among those who developed heart disease during the course of the study.

From 1948, the Framingham Heart Study followed over 5,000 participants for over six decades, subjecting the volunteers to physical examinations and lifestyle interviews every two years. In 1971, the study enrolled over 5000 of the original volunteers’ adult children, creating the Second Generation Cohort. In order to increase the diversity of the study’s research participants, in 1994 the study enrolled over 500 residents of Framingham and nearby towns of African-American, Hispanic, Asian, Indian, Pacific Islander and Native American origins into the “Omni Cohort.” In 2002, a Third Generation Cohort was added, made up of the grandchildren of the original study participants. In 2003, a Second Generation Omni Cohort and a Spouse Cohort were added to the study. These thousands of research participants and decades of research have resulted in 2,850 academic papers, some of which were foundational in establishing the importance of cardiovascular risk factors, such as blood pressure and serum cholesterol, that physicians and the public now take for granted. Indeed, in addition to richly contributing to the understanding of cardiovascular disease, the Framingham Heart Study popularized the term "risk factor." Furthermore, the study was the prototype of the cohort study, which would become an essential tool for epidemiological investigation. With its place in medical history firmly enshrined, the study continues to evolve, investigating new research questions such as the role of genes in cardiovascular disease.

Despite its enviable record, the Framingham Heart Study is imperiled. The study, which receives approximately $9 million per year from National Heart, Lung, and Blood Institute (NHLBI), is slated for a 40 percent reduction in funds. As a result, the study plans to shed nineteen jobs and to scale back some avenues of investigation. Importantly, the study will reduce clinical exams and laboratory tests, leaving investigators to collect data by mail and telephone. This is a poor substitute for the current battery of study procedures, which include electrocardiograms, scans of the heart and brain, and measures of lung and cognitive function. Not only will the study accrue less data, relying on mailed questionnaires and telephone interviews rather than in-person appointments may jeopardize the study’s success in retaining subjects.

The Framingham Heart Study has weathered previous budget woes. In 1968 it was defunded for a period of time, at which point it turned to private sources such as insurance companies and the food and tobacco industries for funding. At present, the study is actively seeking other sources of support. But even if the Framingham Heart Study survives the sequester-related funding crunch, the threat to the study may remain, as signs indicate that the NHLBI is interested in reducing its support of such long-term cohort studies. At the same time that this landmark study is being scaled back due to budget cuts, heart disease and stroke, respectively, remain the first and forth most common causes of death in the United States and the first and second most common cause of death globally.

The Palisades are an American icon, their scenic beauty often depicted by the landscape painters of the 19th century Hudson River School. The Framingham Heart Study is likewise an American icon. Begun just when our nation’s patterns of morbidity and mortality were shifting from primarily infectious causes to primarily chronic, non-infectious ones, the Framingham Heart Study is the country’s longest running study of cardiovascular disease and has helped shape our contemporary understanding of one of mankind’s top killers. It would be a lamentable coda to this groundbreaking study to have its unique promise truncated, an unintended victim of political gridlock in Washington and of shrinking budgets for research.