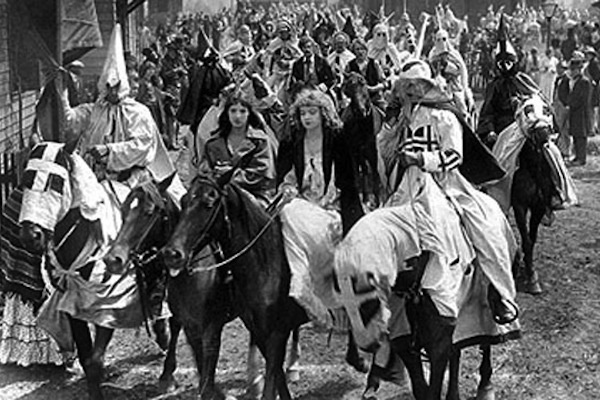 I am a historian. In other words, I uncover and study the past and use its lessons to not merely understand and explain the present, but also to predict and improve the future. There are some predictions that haunt me.

On February 15, a jury of twelve people deadlocked on whether or not Michael Dunn, an armed and inebriated adult, committed murder by killing unarmed seventeen-year-old Jordan Davis. In the aftermath of the verdict, several jurors finally spoke publicly and insisted that race was never a factor in the case. I found their statements ironic at best, and ignorant at worst, because race was the main factor in the case. It was race -- not loud music -- that precipitated the encounter between Dunn and Davis. I say this not merely out of the emotion I feel as a black woman with a father, uncles, and cousins, any of whom could be or could have been Jordan Davis on that fateful day. Rather, I say this as a careful scholar of the black experience and the chilling historical pattern involving black men and white womanhood.

Following Emancipation, black bodies became more worthless and expendable than they had been during slavery. From the late nineteenth century through most of the twentieth, racist paranoia about the sanctity of white women was justification enough to lynch a black man. In the 1890s, Rebecca Latimer Felton, a well-traveled lecturer and later the first woman elected to the United States Senate, advocated for the lynching of black men to “protect” white women from rape. As if following the orders of a military general, white mobs carried out Felton’s request. When a seventy-four-year-old white woman in Mississippi alleged that a light-skinned colored man with straight hair attacked her in 1938, white Mississippians lynched Wilder McGowan, a twenty-four-year-old, dark-skinned black man, who had an alibi. In 1943, two young black male teenagers hung from a bridge in the Magnolia State after they were accused of raping a thirteen-year-old white girl. Under the guise of protecting white womanhood, black bodies hung and often burned while white onlookers cheered -- “southern trees bear a strange fruit, blood on the leaves and blood on the root.”

In 1955, Roy Bryant and his half-brother J. W. Milam murdered fourteen-year-old Emmett Till because the young child supposedly flirted with Carolyn Bryant, Roy’s white wife. Carolyn Bryant testified during the murder trial about how Till allegedly harassed her and how she ran to retrieve a weapon from a parked car. A few months after a jury acquitted Bryant and Milam after deliberating for only sixty-seven minutes, the two men confessed to killing Till since double-jeopardy prevented them from being tried again. In later years, Juanita Milam, J.W.’s wife, speculated that Carolyn had fabricated the entire story, but Milam never went to the authorities to discuss her concerns. Instead, all of those responsible for Till’s death -- Roy, J.W., Carolyn, AND Juanita -- went on with their lives.

Fast forward to 2013, when twenty-nine-year-old George Zimmerman stood trial for the murder of seventeen-year-old Trayvon Martin. As part of Zimmerman’s defense, Olivia Bertalan, a white female neighbor testified. Bertalan described a robbery that she experienced, a break-in that terrified her since she was home alone with her young son. Importantly, however, Martin had never been charged or accused of breaking into someone’s home. Bertalan was not put on the stand to associate Martin with recent robberies. Her testimony served little purpose other than to link Zimmerman’s actions to the historic protection of white womanhood. Certainly, Rebecca Felton would have supported such a defense.

Bertalan was not the only white woman who spoke in defense of Zimmerman. Even before the trial started, Shellie Zimmerman lied under oath to help her husband. She testified that the couple was indigent -- even though they had over $100,000 in the bank. Like Juanita Milam, Shellie stood by her man. And like Juanita Milam, Shellie began to see things differently AFTER a jury found her husband not guilty of killing Trayvon Martin. In an interview with NBC’s Matt Lauer, Shellie expressed doubts about her husband’s innocence. These doubts, like those of Juanita Milam, conveniently surfaced after the trial and after, as many believe, her husband had gotten away with murder.

Most recently, Americans have been engrossed with the trial of Michael Dunn. Dunn, while sitting alone in a convenience store parking lot, shot into a neighboring vehicle and killed Jordan Davis. On the stand, Dunn explained that he fired several shots to protect his fiancée, Rhonda Rouer. Although Rouer was in the store at the time of the shooting and presumably could have stayed inside if she had felt threatened, Dunn used the need to protect her as part of his defense. Again, the need to protect white women trumps black male life. To her credit, Rhonda Rouer chose a different path from Carolyn Bryant, Juanita Milam, and Shellie Zimmerman. Her testimony cast doubt on the testimony of the man she loved. It is plausible that Dunn felt the need to protect Rouer because he assumed young black men could not possibly be up to anything good. If that is the case, it was the color of Jordan Davis’s skin and not loud music that led to his death.

In sum, while much has happened in the nearly sixty years since Till’s death, old patterns are being repackaged in new ways. The “innocence” of white women did not simply kill Emmett Till; it allowed his murderers to go free. Olivia Bertralan’s innocence supposedly justified Zimmerman’s actions and helped him to go free. Dunn’s alleged desire to protect his fiancee’s innocence led him to kill Jordan Davis and not be convicted of the crime. Because of this and the countless other historical links between white womanhood and black male life, the fact that Dunn jurors did not discuss race is nothing short of astonishing. If we continue to avoid facing uncomfortable historical truths, then I predict that this pattern -- of the slaughter of innocent black men on the unholy altar of white womanhood -- will continue to repeat itself. A haunting prediction, indeed.