You Know Jackie Robinson, but Shouldn't We Remember Moses Fleetwood Walker, too? 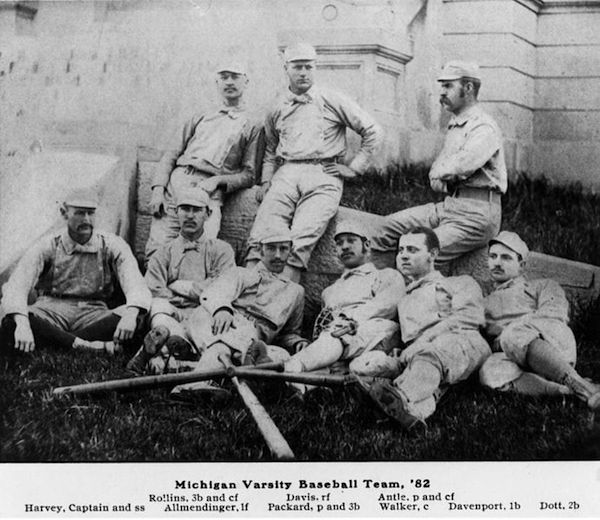 Michael Beschloss, in a recent article in the New York Times, made a passing reference to Jackie Robinson. He claims that Robinson broke baseball’s color barrier in 1947.

But there is a well-documented narrative that reaches back to the late nineteenth century about race and organized baseball.

It entails Moses Fleetwood Walker (1857-1924). Like Robinson he was a college man, having graduated from Oberlin.

Walker departed organized baseball in 1889, driven from the sport by the unwillingness of all-white opposing teams to take the field on which an African American would play.

Philip Benjamin, writing about Jackie Robinson in the Times during 1962, recognized as much in acknowledging the significance of Moses Fleetwood Walker.

Another connection, also well know to American historians, involving Walker and Robinson is worth recounting.

Walker’s forced departure in 1889 from organized baseball preceded the United States Supreme Court’s decision in Plessey v. Ferguson (1896) which gave federal sanction to the principle of "separate but equal."

Robinson’s breaching of the color line in 1947 preceded Brown v. Topeka Board of Education (1954), which reversed the federal sanction of racial segregation.

Moses Fleetwood Walker should not be regarded as a trivial footnote.

MLB.com, the website of Major League Baseball, heralds his significance: " . . . first African American to play in the Major Leagues. That's a fact.