The World War II Tragedy Everybody's Forgotten but Everybody Should Remember

In 1942, the Nazi atrocity that received the most American media attention concerned ethnic Czechs rather than Jews. On June 10, 1942, the Germans massacred the inhabitants of Lidice in reprisal for the assassination of Obergruppenführer Reinhard Heydrich. The event came to mass attention in the US to such an extent that it led to this speech by Wendell Wilkie and a decision by one Illinois town to change its name to Lidice. However, Lidice is not as well remembered today as the Nazi atrocities against Jews that had received far less coverage than Lidice at the time. For example, the shooting of over 50,000 Jews at Babi Yar, Kiev, which is a central component of Holocaust remembrance today, was, during the war itself, relegated to the inside pages of the New York Times. This tells us an uncomfortable truth about US culture in 1942: Jewish victims of Nazism still mattered less than those of Hitler's Christian victims, and would continue to do so until American troops reached the camps in the US-occupied zone of Germany three years later. 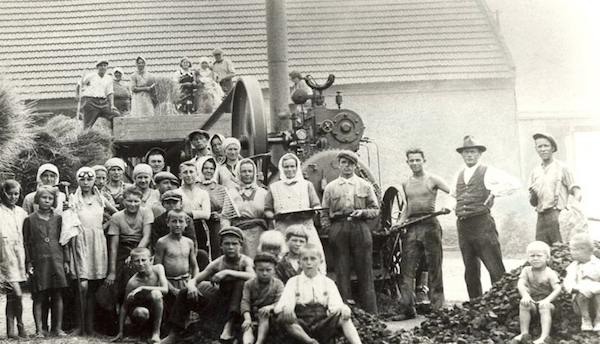 The people of Lidice

In June 1942, Lidice was an important moment of escalation in signifying the boundaries the Nazis were prepared to cross. It was one thing to murder eastern European Jews in secrecy in enclosed camps or under cover of partisan warfare; another entirely to massacre a village of Christians and leave photographic evidence of the carnage in full view. It was a provocation of the western allies by Hitler in the sense that the Führer was no longer concerned about American public opinion or the prospect of postwar criminal charges. The justification for such recklessness was phrased by Goebbels, on March 2, 1943, as the fact that "Experience teaches that a movement and a people who have burned their bridges fight with much greater determination than those who are still able to retreat." 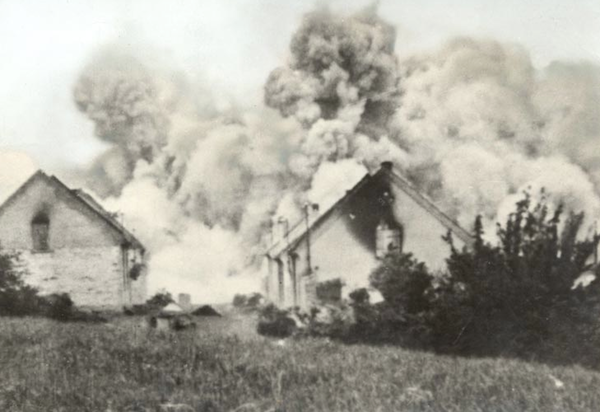 The destruction of Lidice

Conversely, it must also be considered possible that the Nazis had not anticipated how Americans would react far more angrily in 1942 to the massacre of Czechs than the murder of Polish and Soviet Jews. Lidice was a signal that the US press could unleash its wrath on the Nazi atrocity apparatus without appearing to be sympathetic to Jews or encouraging a reduction of immigration controls. Moreover, the exaggerated role enjoyed by Lidice in western perceptions of Nazi crimes continued into 1945, when this British newsreel commemorated the third anniversary of the massacre, whilst "The Governors of nine States joined with members of Congress...in calling for the commemoration today of the third anniversary of the destruction of Lidice." 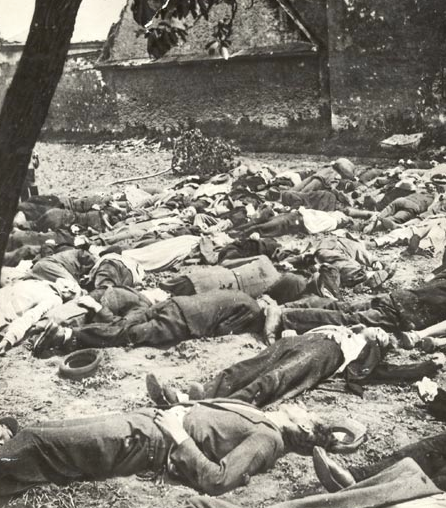 Why was this signal given when massacres of Jews had been relegated to inside pages? Since 1924, US immigration policy had restricted immigration from Poland and the USSR to the USA, implicitly on the grounds that those populations contained persons who were considered not fully civilized, or perhaps not fully white. The antisemitic undertones of the restrictions were clearly understood, as this author notes. Czechoslovakia also had a quota but sympathy for ethnic Czechs was encouraged by their Christian status and the fact that the country had been duplicitously annexed by Hitler in 1939, contributing greatly to the road to war. Equally importantly, Czechs could be considered white, whereas the US was still some distance away from accepting that Christian schoolgirls might identify with an adolescent Jewish diarist such as Anne Frank. In my view, it was the role of Americans as camp liberators in 1945 that finally opened the US to the belief that Jews were the brothers and sisters of American cultural values, deserving of sympathy and empathy. It was a long road to full acceptance of Jews in the US.

In 2014, this has led paradoxically to a relative neglect of Lidice anniversaries in the west. The Illinois city of Crest Hill, which had renamed itself Lidice in 1942, has a memorial in the city and a ceremony on the anniversary, such as that held this month. But official presence at state and federal level at these anniversaries clearly does not match that at Holocaust memorials. This neglect is unfortunate on two levels: it is both an overlooking of an important atrocity but also a selective forgetting of America's wartime double standards.