How Our Impressions of an Author Shape What Gets Published, Even on the Comments Page

Pearl Duncan, who lives downtown New York in Tribeca, has completed a 520-word manuscript for a book about the World Trade center mystery ship, which her literary agent will now be sharing with book publishers. 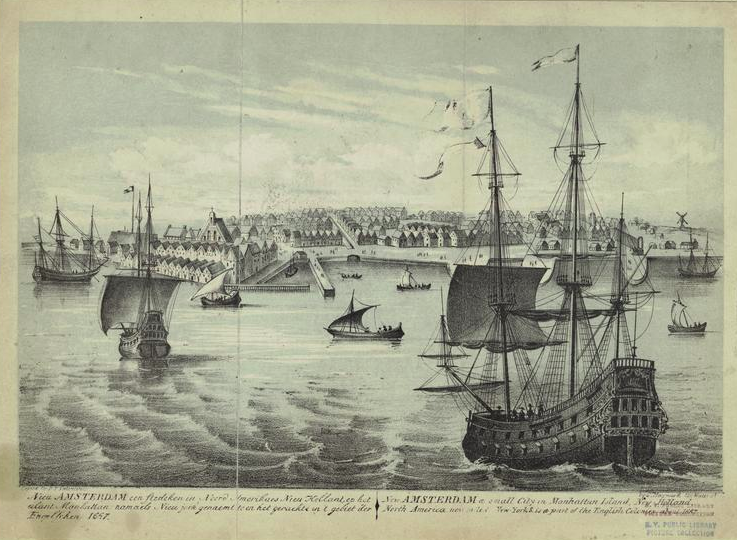 Hegemony is often described as dominance of a country or social group over others. But there can also be hegemonic ideas. What happens when we challenge an idea that has gained hegemony? Recently, I found out when I tried to join online discussions at two news websites. Both the Philadelphia Inquirer and CNN blocked my comments about a historical subject.

In the summer of 2010, when half of the ship’s hull was discovered, sliced by a wall under the original Trade Center, the archaeologists working the site did an excellent job of retrieving, transporting and preserving the delicate timbers that had survived for hundreds of years underground. Initially, the ship was not underground because New York’s Hudson River coastline was once at Greenwich Street, four blocks from the current coastline, which was created by landfills over hundreds of years.

In 2010, the day after the first half of the ship was discovered, I contacted the New York Port Authority, which owns the site, and the construction company working at the site, and informed them that I am a writer and downtown resident who has done extensive research into the history of colonial New York, especially the history of ships and the waterfront. I informed them that I was also a yacht-racing writer, so I have many contacts in the boating industry who could help me understand what happened to the vessel.

Well, a few days later, the groups in charge of the site and the ship’s discovery invited the press and historians to a press conference and did not invite me. I contacted the person in charge of the invitations and she said, oops, I forgot about you. But because the information shared at the press conference and the resulting reports were directed at what the persons involved thought I might say, I wondered whether they had forgotten or whether there was a deliberate attempt to keep an African American researcher away from the ship, because of what they feared. Well, in addition to the people from around the country and around the world, including my yachting friend from Liverpool, England, who were saying they hoped the ship was connected to our history, there were also the people who were saying, they hoped the ship was not connected to “that history.”

The New York Times reported that during the press conference, the historian connected to the project said, “The World Trade Center vessel does not seem to have been built to cross the ocean . . . . Nor does she seem to have been built as a slave ship. She would have been too heavy for the trade in human beings . . . .” My reaction was, even if the ship is not a slave ship, and we didn’t know if she was or she wasn’t, 18th-century New York was the colonial slavery era, and any New Yorkers connected to the ship, even the Founding Fathers, would be connected to the slave era, directly or indirectly.

I was so incensed that I had been excluded from the press conference, I decided to research the history of the ship on my own. Within two weeks, I discovered the name of the ship and the name of her owner. I thank the librarians and historical archivists who helped me.

After that, I communicated with the archaeologists who were recovering the ship’s artifacts, and as each artifact was discovered, I researched the link to the vessel I had identified. Each artifact had a direct link to the ship I discovered, named and identified. I wrote a feature article, then decided to write a book. The persons connected to the ship were correct; as an African American writer and researcher who discovered colonial New York ancestors, both royal commissioners and enslaved people, I included the African Americans in my narrative about the 18th-century merchant cargo ship. Each time I described the merchants and Founding Fathers who owned and invested in the ship. I also named the enslaved men and women they owned who labored on the ship.

I shared information about the ship’s artifacts with some of the archaeologists and they knew I had uncovered the right information about her. In 2011, when tree-dating scientists and an historian said the trees that produced the lumber that built the ship most likely came from a forest along the Hudson River in upstate New York, I attended a conference at their annual meeting and answered questions and explained that the historical research showed that the trees came from elsewhere in the colonies.

Then recently, when the tree-dating scientists released a formal report, indicating that the trees that produced the lumber that built the World Trade Center ship came from a forest in eastern Pennsylvania, and that the ship was most “likely” built in a local Philadelphia shipyard, the news reports blazed that this was a Philly ship. I went on the news websites and left comments saying this was excellent scientific research, especially since the scientists found that the timbers that built the ship were similar to timbers used in building Independence Hall, where the Constitution was signed. But I said the scientists pinpointed the location of the colonial forest, not the story and ownership of the ship. They used the word “likely” when speculating about the local shipyard and the ship’s identity. Well, the Philadelphia Inquirer, which carried the headline, “What’s a Ship from Colonial Philadelphia doing under the World Trade Center?” deleted my comment from the comments page. Understandable. Everyone wants this to be their ship. They did not want to hear from a historical researcher who said, no this is not a Philly ship. Please note the word “likely” in the scientists’ report.

However, when CNN also deleted my comment from the CNN comments page, I shouted, hegemony. What difference does it make to CNN if an African American has done the historical research on this ship? I can’t wait for my book about the World Trade Center ship to be published. We need to revisit hegemony, even for something as simple as historical research and the story of a colonial ship.

As soon as I finished this article and was sending it in to HNN for publication, I noticed that there was an email from CNN. I had complained to CNN. The email said,

Thank you for contacting CNN. After review, we have verified that you did not violate our TOS and we have restored the previously deleted comments. We sincerely apologize for any inconvenience this caused, and we welcome your comments.

Why the CNN and the Philly editors moderating the comments pages thought my comment about historical research into the ship violated the TOS, the Terms of Service, is a mystery here in a story about a historical mystery ship.