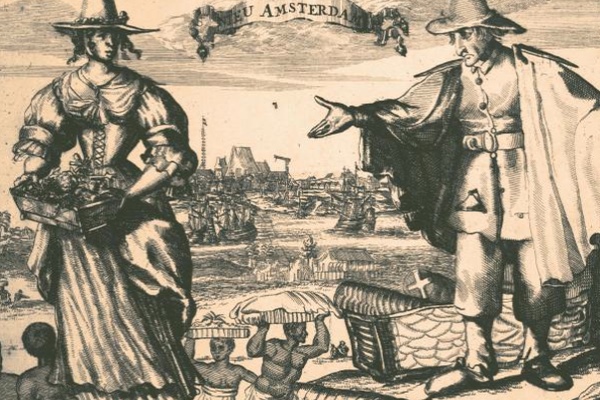 In an Ancestry.com advertisement called “Remarkable Path," Henry Miller (1849-1918) is shown taking a photograph of Abraham Lincoln speaking at Gettysburg. It is a nice scene in an engaging ad. Unfortunately there are no photographs of Lincoln delivering this iconic speech. Lincoln spoke too briefly and at the start of the commemoration before the photographers were set up.

In another historical questionable Ancestry.com advertisement, “Doors," Louise Abbey traces her ancestry back to Matthew Abbey, born in 1635, and abandoned to be raised by a religious order in an abbey somewhere in the British Isles. The lineage route to Matthew takes her back through a British suffragette whose last name was, likes hers, Abbey. I suspect this is highly improbable in patriarchal Great Britain where children, at least legitimate children, inherited their names from their fathers. But these are only problems for picky history teachers or those so impressed by the Ancestry.com ads that they want to pay to have their own ancestry traced. 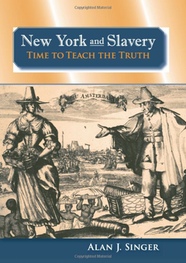 A more serious problem arises when historians, or historical writers, and venerable publications such as the New York Times support mythmaking, which happened in a Times op-ed piece by Russell Shorto on the 350th anniversary of New York City (if you start counting from the British occupation in 1664). Shorto is author of Amsterdam: A History of the World’s Most Liberal City (2014) and The Island at the Center of the World: The Epic Story of Dutch Manhattan and the Forgotten Colony that Shaped America (2005), a history of Manhattan, as well as a contributing writer to the New York Times Magazine.

In “The Source of New York’s Greatness," Shorto argued that Americans should credit the original Dutch settlers of New Amsterdam for “two concepts that became part of New York’s foundation: tolerance of religious differences and an entrepreneurial, free-trading culture.”

According to Shorto, the Dutch “codified the concept of tolerance of religious differences, built a vast commercial empire and spawned a golden age of science and art . . . “ that was transferred to their North American trading colony. Unfortunately, Shorto left out key aspects of the history of New Amsterdam and New York that raise serious questions about his assertions and suggest that the history of New Amsterdam/New York City was never so ecumenical and that the entrepreneurial spirit of the city negative as well as positive repercussions. Below I list just a few of the things missing from Shorto’s analysis.

In his paean to religious tolerance in Old New York, Shorto ignored the enslaved Africans who built the infra-structure of New Amsterdam and who during the years of British colonization were buried outside the city walls in the African or Negro Burial Ground, rather than in the Anglican cemeteries at St. Paul’s and Trinity. Trinity Church Vestry Minutes for October 25, 1697 stipulated that “no Negroes be buried within the bounds  & Limitts of the church yard of Trinity Church.”

Shorto also ignored the antipathy Peter Stuyvesant, the governor of the Dutch colony of New Netherland, felt toward Jews. According to Documents of the Senate of the State of New York (v. 14, published in 1902), in 1655 Stuyvesant wrote the directors of the Dutch West Indies Company requesting that Jews be excluded from the colony, and when this request was refused he barred Jews from trading in Fort Orange (Albany) and other regions of the colony. He also prevented them from purchasing land. In 1656, the directors made clear to Stuyvesant that while Jews in the Dutch colony were entitled “civil and political rights,” they were not granted the “privilege of exercising their religion in a synagogue or at a gathering.” Stuyvesant was not alone in his opposition to Jewish rights. In 1657, petitions by New Amsterdam Jews to operate a bakery and to serve as a burgher were denied by the New Amsterdam Court of Burgomasters.

Roman Catholics were also under suspicion in colonial New York. Under legislation passed by the Common Council in 1700, being a Roman Catholic priest was a crime punishable by death. In 1741, enslaved Africans in New York City were accused of conspiring with a “secret” Roman Catholic priest named John Ury to revolt against slavery, kill the White Protestant population of the city, and turn the colony over to Spain. Thirteen enslaved Africans were burned at the stake, eighteen were hanged, and seventy were transported to sugar plantations in the Caribbean. Ury, the suspected priest, was also executed.

Anti-Catholic sentiment escalated in the new nation especially with mass migration from Ireland starting in the 1840s. In 1844 nativist groups threatened to attack Catholic Churches in New York City. Bishop John Hughes placed armed guards around the churches and demanded protection from the city government.

Shorto discussion of the growth of commerce failed to include the role of the Dutch or of city merchants and bankers in the trans-Atlantic slave trade into the mid-19th century and their marketing of slave-produced commodities from the Caribbean (sugar) and the American South (cotton). For most of the 17th century, the Dutch West Indies Company, which controlled the New Amsterdam colony, held an asiento or monopoly over the slave trade into Spanish colonies. Most enslaved Africans in New Amsterdam were owned by and work for the Company. In 1647, when Peter Stuyvesant became Director General, he increased the number of enslaved Africans in the colony and eventually became the largest individual owner of enslaved Africans. In 1660, Stuyvesant presided over what was probably Manhattan’s first public auction of human beings. The largest cargo of enslaved Africans, 290 people, arrived in New Amsterdam in 1664 on the Gideon, just before the colony was taken over by the British.

The United States outlawed American participation in the trans-Atlantic slave trade in 1807, but that did not stop New York City merchants and bankers from illicitly participating in the transport of enslaved Africans from West Africa to the Caribbean islands, especially Cuba. Sugar cane was vital to the development of New York City and the prosperity of its merchant and political elite. Congressional records show that at least eight vessels intercepted in the trans-Atlantic slave trade on their way to Cuba between 1850 and 1858 were registered in New York City and that a suspected twenty or more slavers sailed out of New York in 1857 alone. In 1856, a New York City deputy marshal complained, “It is seldom that one or more vessels cannot be designated at the wharves, respecting which there is evidence that she is either in or has been concerned in the traffic [to Cuba].” During the same period, the Port of New York and its bankers and merchants plated a major role in the financing and shipping of Southern cotton (Singer, 92). In 1864, Congressman Fernando Wood, a former Mayor of New York City, denounced the 13th Amendment to the United States Constitution ending slavery because if slavery ended Southern planters would be unable to repay their debts to New York City merchants and bankers.

In a letter to the New York Times I responded to the Shorto op-ed piece:

“Russell Shorto, in his celebration of New York City’s greatness didn’t mention people who have in effect been erased from history, the enslaved Africans who built the infrastructure of 17th- and 18th-century New Amsterdam and New York City.  Also, his discussion of the growth of commerce didn’t include the role of city merchants and bankers in the trans-Atlantic slave trade into the mid-19th century and their marketing of slave-produced commodities from the Caribbean (sugar) and the American South (cotton). This is not my definition of an enlightened and tolerant society.”