What’s Wrong with the Way We Think About Presidents: An Interview with Julian E. Zelizer

Attorney Scott Porch [@scottporch] is a contributing writer on American history for The Daily Beast, Salon, Kirkus Reviews, and the Chicago Tribune. This interview was also published on the website of The Daily Beast.

Julian E. Zelizer has been one of the pioneers in the revival of American political history. Zelizer was a Guggenheim Fellow and a Brookings Institution Research Fellow. His first book, Taxing America, was awarded the 2000 Ellis Hawley Prize and the 1998 D.B. Hardeman Prize. In addition to his scholarly articles and book chapters, Zelizer is a frequent commentator in the international and national media on political history and contemporary politics. 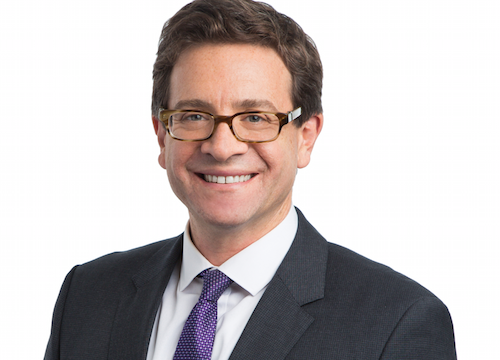 In his new new 1960s history, The Fierce Urgency of Now: Lyndon Johnson, Congress, and the Battle for the Great Society (Penguin Press), Princeton historian Julian E. Zelizer takes a new look at how a confluence of factors — including the Kennedy assassination, the civil rights movement, Lyndon Johnson, Congress before and after the landslide election of 1964 — combined during a compressed period to produce landmark social legislation.

Zelizer talks to HNN about political history, the convergence of academic and popular scholarship, and some of his favorite books from years past. 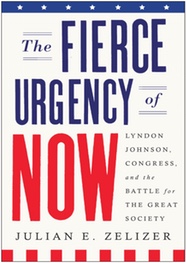 You’re 45, which is reasonably young for a historian. Who are some younger popular historians that you think will be a lot better known a decade from now?

David Greenberg at Rutgers University has a book coming out next year on political spin. Fred Logevall at Cornell won the Pulitzer Prize and is a diplomatic historian; he just started a book on Kennedy. Margot Canaday here at Princeton writes on sexuality and American politics.

Do you think academic history and popular history have gotten more similar over the last 15 or 20 years?

I think there’s been more convergence. In the 1950s, you had people like Richard Hofstadter and Arthur Schlesinger moving back and forth between the two worlds. From the ‘60s through the ‘80s, that hardened a bit and you were either in the academy or you were a popular historian, and there was some tension between the two worlds.

Recently, historians have been working hard to write books that are more accessible. Jill Lepore is a great example of a very serious, first-rate historian—considered one of the best in her field—who is writing mainstream, popular books and not receiving any kind of political fallout for doing so as a historian.

And you write some for CNN.com.

I think people are trying to find voices who can translate and think about what is going on in academic scholarship and use that to explain what is going on in contemporary America. I think right now there’s an openness in the media for new voices or voices that have a slightly different perspective on familiar stories, so people are open to academics and historians who want to participate in the debate.

Are you seeing more commercial pressure from academic presses for historians to sexy it up a bit?

I think there’s pressure simply because a lot of academic presses are under tough financial situations. There used to be freedom to publish almost anything, and an academic press could publish books that didn’t sell very much but that had great intellectual value. I don’t think that’s the case anymore. I’m an editor of a series on political history at Princeton University Press, and they’re always looking for books that can sell. That creates an incentive for academics—not necessarily to sexy up their subjects, but to think of subjects and formulate questions that will have a readership beyond a very narrow specialty.

Traditionally, popular history is almost purely driven by narrative. A lot of the great books that we think about — the David McCullough cannon, the Robert Caro cannon, the Doris Kearns Goodwin cannon — are riveting, powerful narratives about individuals, usually, or very particular incidents that tell a story. In the academy, there’s more emphasis on trying to understand context and more pressure on trying to put some analysis in the story to show the reader where you stand, to show the reader how your interpretation compares to other people who have written on the topic and not to allow that to get buried in the narrative.

More broadly, I think academic historians are more attuned to the environment, institutions—the context of individual lives—and I think there is more interest in talking and writing about that instead of focusing on individuals who transformed the world. There are a lot of people who go back and forth now and blend both approaches into their work.

Where do you think your new book falls?

I’m hoping it’s popular history. It’s narrative that emphasizes the fact that we shouldn’t see presidential power as something that’s all-encompassing and that you need to understand the world in which presidents work to understand whether they’re going to do well or whether they’re going to fail. It’s a book that deals with issues that are important to the public right now in terms of whether Washington can work, but it’s also about the importance of the political environment.

It’s this question of whether Lyndon Johnson is a magician of politics, the ultimate power broker, but we also need to understand how Congress was very different during that short period when all of that legislation started to go through. What I try to do is tap into all of the academic scholarship on Congress, on the political process, on how the political environment matters so much to whether a president is going to succeed or fail and then use that to develop a narrative history about the Great Society.

Can you talk about some of the books you read that you think are particularly good on the political history of the 1960s?

There’s not as much as you think, which surprised me. There are books on Lyndon Johnson like Robert Dallek’s books, and Robert Caro’s books are now getting into the presidency years. Goodwin’s quasi-memoir [Lyndon Johnson and the American Dream] is a great opening account of Johnson’s presidency. A book that was a model in some ways for me, the last big synthesis book of the ‘60s that really tried to put a lot of this together is Allen Matusow’s The Unraveling of America. He wrote it decades ago [in 1984], and it’s still the book everyone uses to teach about the 1960s. Clay Risen and Todd Purdum’s books on the Civil Rights Act of 1964 were both good books. Michael Kazin is a historian who has written a lot about the New Left.

What other books about American presidents do you like — ‘60s or otherwise?

Richard Hofstadter has been my single biggest influence. His books The American Political Tradition and The Age of Reform, which cover Franklin Roosevelt and the presidents leading up to him, helped me think about how you put presidents in a bigger storyline rather than a story that’s just about the White House. I like Robert Dallek a lot. He captures all the different issues a president deals with and moves from one to the next. His Kennedy book, An Unfinished Life, is quite good.

I like Rick Perlstein’s book on Nixon [Nixonland] very much. It was original in how it treated Nixon and his connection to the right before 1968. I enjoyed Lou Cannon’s books on Reagan and thought he got a good feel for the president.

Has the popularity of presidential biography created some misunderstanding of what the president’s job actually is or how much he’s able to do on his own, i.e., what Brendan Nyhan calls the Green Lantern Theory?

Do you have a unified idea of why American history is relevant, or does it depend on what period we're talking about?

I believe in the power of institutions—Congress, public policy, certain ideas about politics—that last for a long time. I don’t believe that we recreate the political playing field very often in this country. I don’t believe presidential elections usually have transformative power or that scandals or moments of reform remake the political playing field. When I tell my students about history and when I write about history, I’m always interested in the limitations of change and try to understand all the constraints that Congress and the president face and how they try to move beyond them and how much weight the past has on any given moment.