Brendan Simms is Professor of the History of European International Relations at the University of Cambridge and the author of “The Longest Afternoon. The 400 Men Who Decided the Battle Of Waterloo” (Basic Books, 2015). 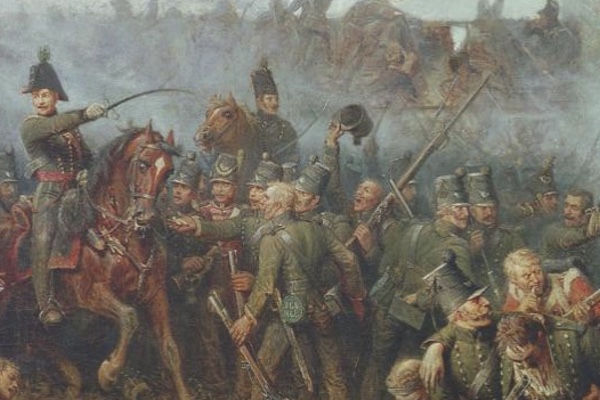 The battle for the battle of Waterloo began almost as soon as the smoke had cleared. In his famous ‘Waterloo Dispatch’ the allied commander, the Duke of Wellington, paid relatively handsome tribute to the contribution of his allies, particularly the Prussians under Marshal Bluecher whose belated arrival had saved the day. Soon after, however, the Duke seems to have become increasingly possessive of his victory. He even tried to block efforts by William Siborne, who had made a minute study of the day, to recognize the presence of the Prussians at an earlier stage of the proceedings than comported with the Duke’s recollection. Prolonged and acrimonious correspondence between the protagonists followed. 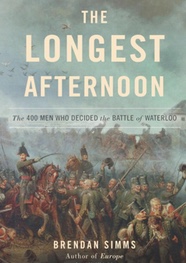 All this has prompted some to argue that Waterloo was a “German victory.” There is something in this view. About forty-five percent of the men with whom Wellington started the battle spoke German one sort or another, and the proportion increased with every Prussian formation reaching the scene. By the end, a clear majority of allied combatants were German; to that extent Waterloo was indeed a German victory. It would be more accurate and more helpful, however, to describe Wellington’s army as European: 36 percent were British (that is English, Irish, Welsh and Scottish), 10 percent were Nassauers (who fought at both La Haye Sainte and Hougoumont), 8 percent were Brunswickers, 27 percent were Hanoverians serving George III in his capacity of King of England and of Hanover, 13 percent were Dutch and 6 percent ‘Belgian’ (Walloons and Flemings).

No formation epitomizes this aspect of the battle more than the King’s German Legion. They were founded in 1803 as a unit of the British Army to mobilize George III’s Hanoverian subjects against Napoleon after he had over-run their North German homeland. They recruited from across Germany as well though, and had officers from Britain and other parts of Europe, making them in 1815 a multinational unit, in a multinational army sent by an international coalition.

At Waterloo, the Second Light Battalion of the Legion defended the farmhouse of La Haye Sainte against the onrushing French hordes -- a kind of German Rorke’s Drift. So long as Napoleon did not control that crucial outpost astride the main road, he could not advance northwards on Brussels. The garrison under Major George Baring were heavily outnumbered, but using their accurate Baker rifles to deadly effect, they held off the French for nearly five hours, long enough to give Bluecher’s Prussians time to arrive in strength. I commemorate their epic desperate fight in The Longest Afternoon. The 400 Men Who Decided the Battle Of Waterloo, the first account devoted primarily to the defence of La Haye Sainte.

It describes the countless little acts of heroism which sustained the defence in the face of daunting odds, and the carnage of thousands of men grappling in a confined space. There is the unfortunate Captain Holtzermann, felled by an artillery round at the start of the engagement who was progressively trampled into the mud as the battle raged. There is the mischievous private Lindau, scornful of danger, who reacted to a serious head wound by pouring rum on it. There are the men who ran to and from the little pond in the courtyard to tech water to put out the fire which threatened to engulf the entire garrison and who paid for their courage with their lives.

Presiding over it all is the larger than life figure of Major Baring himself, setting an example to his men on horseback, knowing full well that he was exposed to enemy sharpshooters, inspiring his men, cajoling them and ultimately – in the case of men from another less robust formation – cutting them down as they attempted to bolt. Miraculously despite his horse’s bridle shattering from French bullets, and three beasts shot from under him, and being pinned by a falling mount, he suffered no more than a bruised leg.

Nor does the book neglect the Frenchmen, whose courage was deserving of a better cause, who attempted again and again to break into the farm at great cost to themselves. Those who stand out are the engineer lieutenant Vieux, a graduate of the Ecole Polytechnique, who hacked at the main gate to the farm despite his wounds, and the anonymous sapper captain who responded to an order to charge, which he did not expect to survive, by handing over his card with the request to be remembered. We tend to think of them as vast undifferentiated mass, but they too were flesh and blood.

The Germans were able to resist for so long against such terrible odds because they were motivated by a profound ideological hostility to Napoleon, the despoiler of their homeland. They were also devoted to their commander Major Baring, whose solicitude for the welfare persuaded them that they would not be needlessly sacrificed. By the end of the day, when they were finally forced out, the 380 or so men of the original garrison, plus their reinforcements, had killed or injured more than 2000 Frenchmen. Though they suffered heavy casualties themselves most of the defenders survived.

Baring’s achievement stands out in another respect. The heroism of the King’s German Legion was rational, not suicidal. Baring did not recklessly sacrifice his men on a point of honor, or in a spirit of death-defying hubris. He held on as long as he could, and then withdrew on his own initiative. Fighting to the last bullet rather than the last man, Baring’s men won the battle for Wellington without losing more lives than was absolutely necessary to achieve it.