Social Media companies like Facebook, Instagram, and Pinterest have become the censors of the internet. Recently Instagram and its parent company Facebook prohibited all nudity apart from images of breastfeeding, post-mastectomy scaring, and classic artistic nudes. These policies have been the subject of protests from celebrities, artists, and users who took it upon themselves to undress in the name of “#freethenipple. Other users continue to celebrate the aesthetics of the nude whether it is as art, as a lifestyle choice, a symbol of nature, or as expression of their sexual preference. They argue that their naked images are user generated content and they, as the creators of that content, have the right to share these images with anyone they want. Facebook and Instagram, however, see nudity as a threat to their brand and billions in advertising revenue. 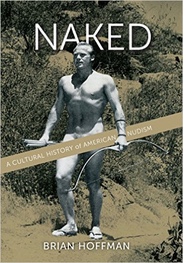 Obscenity battles are not new in the United States. Yet, the debates over censorship in the internet age are different in one very important way. In the past, the government—for better or worse-- acted as censor. Now, it’s the likes of Facebook and Instagram that decide what should and shouldn’t be deemed illicit. In the nineteenth century, and for much of the twentieth century, local municipalities, state legislatures or federal agencies regulated nudity in magazines, books, and films. This process also often seemed arbitrary and hypocritical.

After the Civil War, for example, Anthony Comstock, the head of the New York Society for the Suppression of Vice (NYSSV), infamously denied the poor access to reproductions of nude art even though he allowed wealthy patrons to view the actual paintings on the walls of fancy museums. Despite Comstock’s classist, draconian rulings, his policies were subject to an official legal process.

Activists like Mary Ware Dennett and Margaret Sanger and organizations like the American Civil Liberties Union challenged state censorship policies in court and eventually exposed—no pun intended-- the arbitrary nature of American obscenity law. By the late 1960s, full-frontal nudity was common in books, magazines, and films. In many ways, the censorship battles of the twentieth century set up the permissive environment that made it possible for the internet to flourish as a space for freedom of expression.

The anti-nudity policies of Facebook and Instagram have very little to do with morality, aesthetics, or freedom of speech and everything to do with distinguishing their brand from the illicit corners of the internet. Not all social media sites ask their users to cover-up. Twitter makes it possible for users to mark their media as “containing sensitive content” so to avoid upsetting fellow tweeters while preserving freedom of expression. Tumblr announced in its community guidelines that it had “no problem with that kind of stuff (nudity)” and it told users to “go nuts. Show nuts, whatever.”

The anti- nudity policies of Facebook and Instagram, on the other hand, operate under the assumption that any form of nudity will taint its brand as pornographic, illicit and immoral and scare away advertisers who fear controversy and moral ambiguity. In the social media age, it is not necessarily morality that determines what we can see, it’s branding.