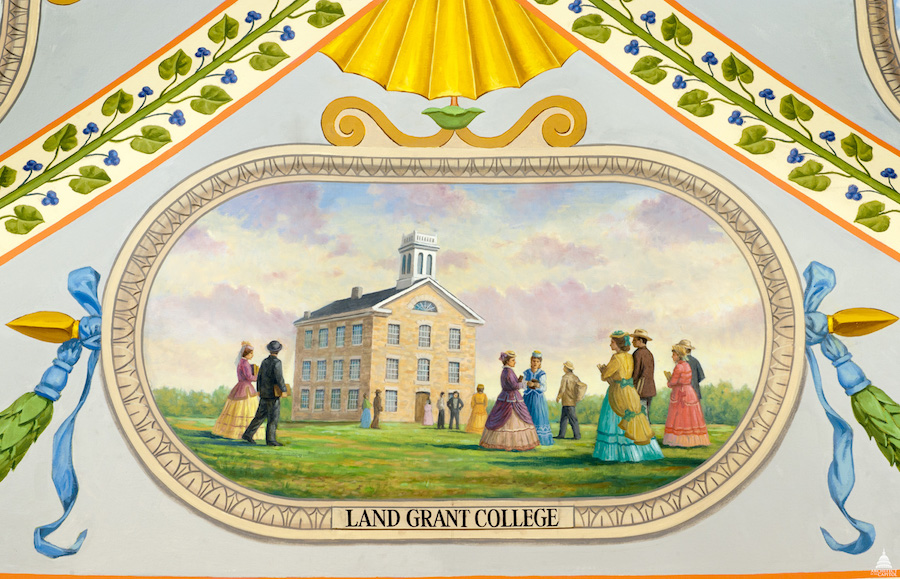 The issue of making college tuition-free has recently come to the fore in American politics, largely because the two leading contenders for the Democratic presidential nomination, Bernie Sanders and Hillary Clinton, have each championed it.  Sanders has called for free undergraduate tuition at public colleges and universities, to be financed by a tax on Wall Street speculation, while Clinton has done the same, although with some qualifications and a different funding mechanism.

Actually, until fairly recently, the United States had a free or virtually free system of public higher education.  In 1862, to provide educational opportunity for the “sons of toil,” the U.S. Congress passed the Morrill Act, establishing land-grant public colleges and universities on a tuition-free basis.  For roughly a century thereafter, many American public colleges and universities either charged no tuition or a nominal fee for attendance.  The State University of New York (SUNY) system—the largest in the nation—remained tuition-free until 1963. The University of California system, established in 1868, had free tuition until the 1980s.

In recent decades, however, the situation has changed dramatically, with tuition costs soaring to dizzying heights at both public and private colleges.  Between 1978 and 2013, American college tuition reportedly rose by 1,120 percent.  Last year, the average annual cost for undergraduate tuition and fees at public colleges and universities was $9,139 for state residents and $22,958 for out of state residents.  At the University of California, yearly undergraduate tuition and fees now stand at $13,251 for state residents and $37,959 for out of state residents.  The cost is considerably higher at private colleges and universities, which average $32,599 yearly for tuition and fees.  The ten most expensive average $50,632 a year.  These figures, of course, do not include additional thousands of dollars for room, board, books, and other living costs.

This enormous hike in tuition has had a devastating impact upon educational opportunity.  Unable to afford college, many young people never attend it or drop out along the way.  Studies have found that the primary reason young people cite for not attending college is its enormous cost.  Many other young people can afford to attend college only by working simultaneously at paying jobs (which takes time away from their studies) and/or by running up enormous debt.  As recently as the early 1990s, most college students did not take out loans to finance their education.  Now, however, nearly three out of four college graduates have borrowed to cover their college costs, running up a debt averaging $30,000 each.  As a result, American student loan debt now totals $1.3 trillion.  Paying off this debt at high interest rates constitutes a heavy burden for young Americans, and all too many of them either default on it or, to repay it, give up on their dreams and settle for working at jobs they dislike.

The tuition squeeze on young Americans results largely from severe reductions in state and local funding for public colleges and universities, usually initiated by conservative, budget-cutting governments. Since 2008 alone, state funding for public universities has dropped 16 percent.  During that same period, state funding for SUNY’s 64 campuses dropped by 28 percent.  Indeed, there is considerable question as to whether public colleges and universities are still public institutions, for most of their costs—once covered by government funding—are now met by student tuition.  Today, state funding covers only about 30 percent of SUNY’s costs; students pick up the remaining 70 percent.

This campus austerity program hurts not only students, but the entire educational process.  Anxious to maintain or expand operations despite declining levels of government funding, college and university administrators cut campus costs by replacing tenured and tenure-line faculty with rootless, powerless, low-paid part-timers (adjuncts) and underpaid full-timers in temporary positions (contingents).  In 1969, tenured and tenure-track faculty held three out of four teaching positions.  By 2013, this “regular” faculty held one out of five.  Faculty morale and the quality of education have plummeted.

In addition, campus administrators, faced with declining income, are increasingly inclined to accept funding from wealthy individuals and corporations that are reshaping higher education to serve their interests.  From 2005 to 2013, two rightwing billionaires, Charles and David Koch, spent $68 million funding the kinds of programs they wanted on 308 U.S. college and university campuses.  In New York State, when Governor Andrew Cuomo initiated Start-Up NY, a scheme to provide a tax-free haven to businesses that moved onto or near public (and some private) college campuses, there was never any question about how SUNY’s chancellor and other administrators would respond.  Instead of resisting this business takeover of university facilities and mission, they became leading cheerleaders for it.

In these circumstances, free tuition would, at the least, restore educational opportunity to millions of Americans and lift the terrible burden of debt from the shoulders of young people.  In addition, by bringing large numbers of new students and their funding to public colleges and universities, it would reduce the incentive for administrators to turn the faculty into powerless, impoverished migrant laborers.  Indeed, a surge of fully-funded students might even provide administrators with the backbone to resist the growing corporate takeover of higher education.  Furthermore, although private colleges might resent this enhanced funding of their public competitors, the resulting competition for students might encourage them to decrease their astronomical tuition, thus providing them with a more economically diverse student body.

Overall, then, tuition-free college makes a lot of sense, which explains why Americans established it in the first place.