On President’s Day Let’s Remember Lincoln for This

James Tuten is a professor of History at Juniata College in Huntingdon, PA 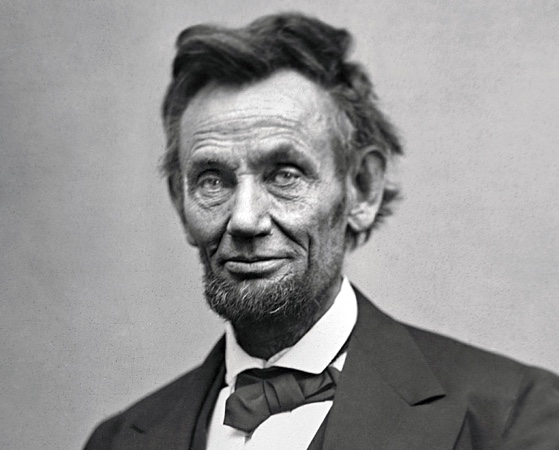 It is a truism that our political language is courser and meaner than in previous generations.  Bernie Sanders has implied Hillary Clinton has been corrupted by Wall Street. Then we have Donald Trump who has, in the view of many, blown past previous limits of political jibes by calling opponents “losers,” “hypocrites” and even “disgusting.” I’m not even going to imagine the advertising hit piece the PACs will put it in the summer.

Candidate Ben Carson pointed out in a debate that the comments section for online articles revel in mean-spiritedness. I agree with him. They inevitably disappoint me, make me cringe, even anger me. It is clear that many people do not begin to read pieces in a fair or open way. They have an opinion of the writer, the publisher, the topic or at least boxes to put them in and toward which they direct disdain, rage or worse, genuine hatred. Abraham Lincoln had the temperament to make it a practice to behave differently. Not always, but frequently he practiced mercy.

He offered mercy as only a president could, legally. He gave amnesties, pardons, mitigated sentences and commuted others. He exercised these forms of mercy in cases singular and in patterns. Some individual pardons came about because friends or political allies prevailed upon him such as Zeno Kelley who had been convicted of outfitting a ship for transporting slaves, yet members of the Massachusetts congressional delegation prevailed upon the president and Kelley got his pardon in March, 1865. Lincoln showed mercy to civilians who had committed fraud, larceny, assault, robbed the mail, counterfeited money and committed bestiality. He extended forgiveness to people of different social stations and all across racial lines. When civilians committed crimes in the District of Columbia they had not governor to appeal to so they importuned the president.

The Dakota tribe in Minnesota became embroiled in a war against the United States in 1862 in defiance of being stripped of land rights and the general failure of the Bureau of Indian Affairs to meet treaty terms promised to them. The U.S. Army, led by Civil War veterans, defeated the Dakota and 303 tribe members received death sentences. Lincoln, despite widespread anger among Minnesotans and a hearty push from Union officers to proceed with hanging commuted 264 of them to prison terms.

Much of Lincoln’s mercy involved his role as Commander in Chief in a time of war. The highest percentage of cases he considered covered Union soldiers who had been court-martialed, and Confederates accountable for treason. These, while forgiving, also had value in winning the war, and he hoped, the peace.

In cases of military justice Lincoln’s most common acts involved deserters. Although branded cowards, subject to imprisonment at hard labor or execution, he offered many pardon on the condition that they return to their unit and serve out the remainder of the war. In a much grander act in conjunction with Congress, he signed both a law and a proclamation offering amnesty to deserters who returned to service just over a month before his death. He, and congress, wanting the manpower, wished to restore those persons to good standing in society after the war.

In his “Proclamation of Amnesty and Reconstruction” of December 8, 1863 the President offered full pardon to Confederates who took an oath of loyalty. It is hard for us today to imagine the emotions of such an act. Imagine someone who had led troops that killed and wounded dozens from an infantry company formed in your town being forgiven. That did not seem just to many, but Lincoln hoped it would make it much easier for Confederates to quit their losing fight and lay down their arms. He also gambled that lenience would be vital in “binding up the nation’s wounds” once the fighting stopped.

In extending lenience when others wanted a different vision of justice, punishment, or revenge, he spent political capital among friends and political allies. While some examples of his mercy are singular and resulted from personal connections, his views of mental illness, and his forbearance toward youthful mistakes also served both important tactical and strategic purposes. Forgiveness and mercy do not fit with the mood of our times, as our course politics and the anonymous Internet comments remind us.